A day on the pedals and then a switch to the van, just in time for the rain to come down. Good timing to be in the sheltered transport. We pedalled to Chichester, then motored to Winchester and back to Chichester, with a day between the “Chesters”.

It was a beautiful morning for our ride out of Prinsted. We pedalled through the village and even saw a ridgy didge milkman with his little open van and as we passed, he was walking to the front door of a house to deliver a bottle of milk. I didn’t think they were still around so it was a lovely sight to see. 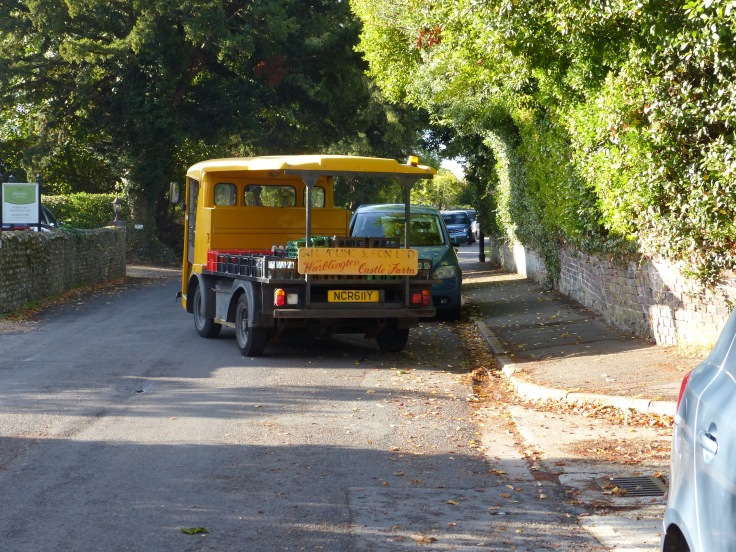 From there we were along back roads, up and down some hills, through trees, past farms and along lanes. The scenery was nice, the cyclists, walkers and fellas holding the lollipop signs at the roadworks all gave us a smile and a greeting. All perfectly splendid. 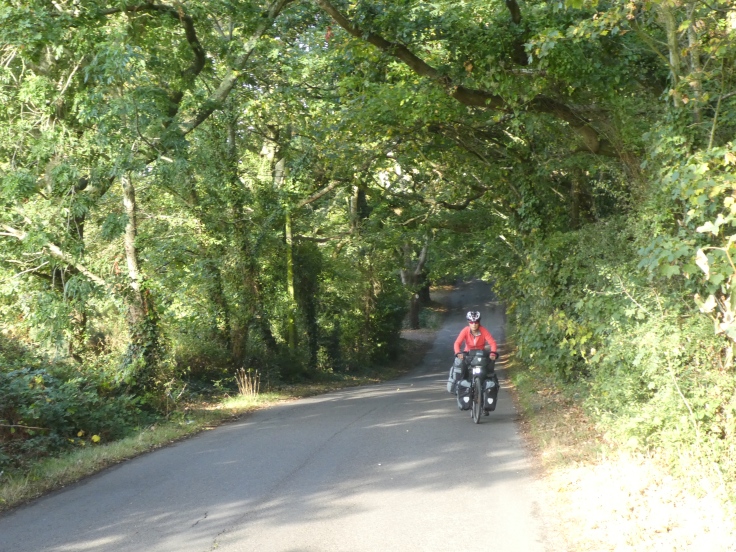 We wheeled into the outskirts of Chichester where we picked up a van that will be our transport for the final week, while we get ourselves organised and necessary jobs done before we fly back. We’re still travelling though and while the van might be an unfortunate but necessary change of transport, the upside is we can get around some more places at distances we couldn’t on the bikes, to see more of England while we still have time. Today’s outing was to the ancient town of Winchester.

Winchester was a lovely city and rich with history. It was another city that didn’t have that hectic city feel about it. It had pedestrianised areas, parks and squares, that made it easy to walk around. 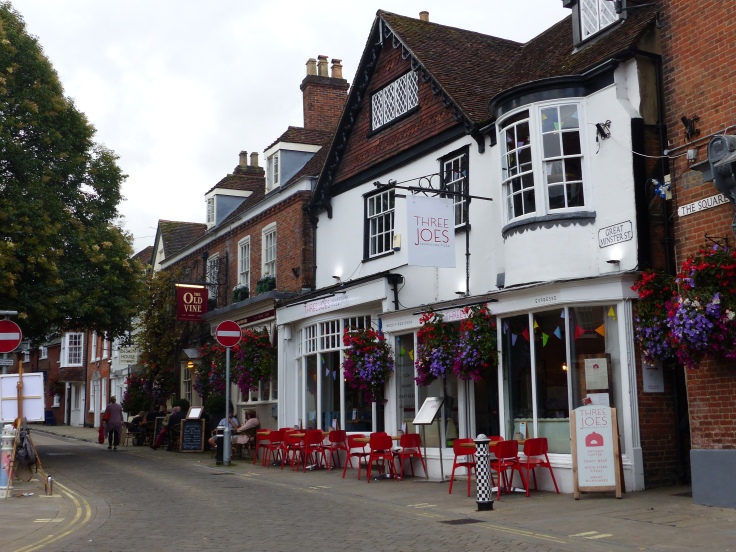 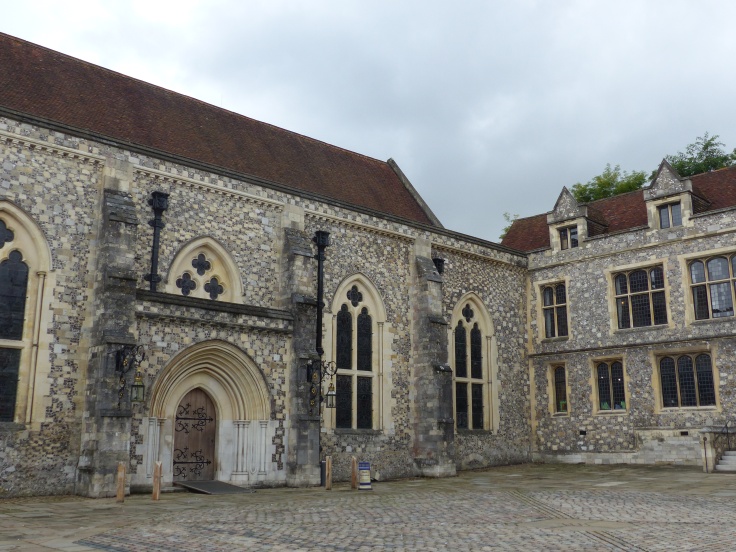 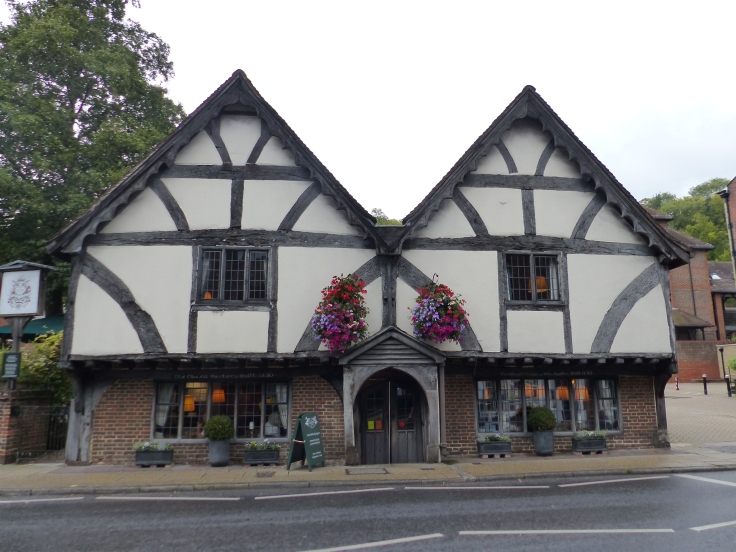 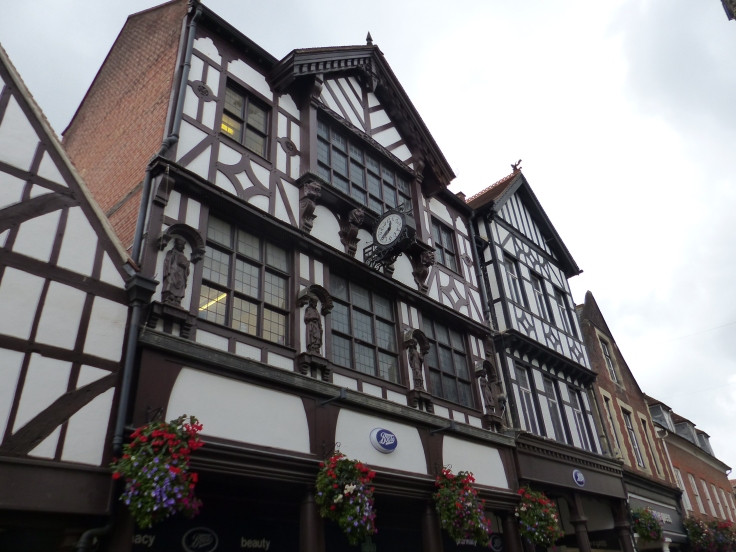 We roamed the streets, looking at the lovely old buildings, up the High Street, one of the oldest streets in Britain and then past Winchester Cathedral. 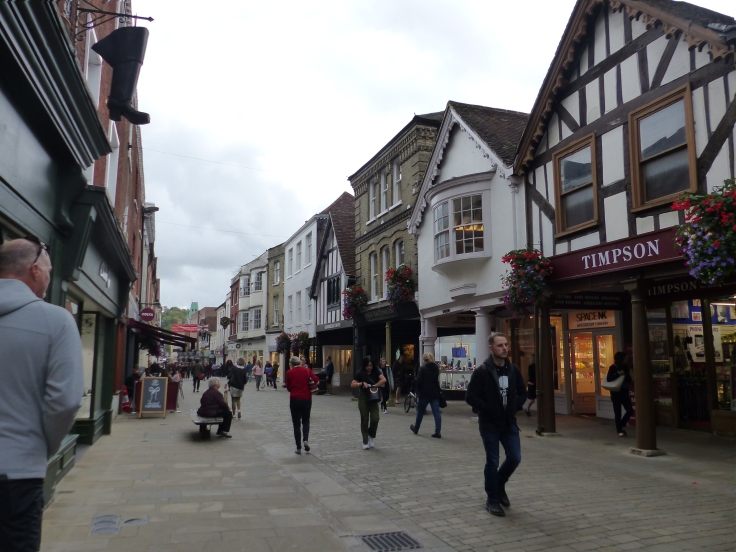 The current cathedral is known as New Minster, built between 1079-1093 and replaced Old Minster, which was demolished in the 11th century. Jane Austen is buried in Winchester Cathedral.

We found ourselves walking past the Castle Passageways. Winchester was once the capital of England and there was once a grand castle in the city, from where the King ruled across England. The passageways are below ground and were once in the basement of the castle tower, leading out to the dry moat that surrounded the castle. The passageways curve, so arrows couldn’t be fired through them and each is secured with two oak doors. Single doors were used because they could withstand a battering ram better than a pair of doors. The tower was demolished around 1645 when the castle was destroyed by Oliver Cromwell.

From the passageways we went for a look at the Great Hall. This is the only part of the castle that remains. Winchester Castle became particularly important at the time of the Norman conquest. It was built in 1067 on the orders of William the Conqueror. In 1216 it was captured by the French and then in 1217 it was retaken in the name of Henry III of England. The building of the Great Hall began in 1222.

The very special thing about the Great Hall is it is home to the Round Table. Well,  it’s not THE Round Table, because King Arthur is a story, but it’s been in the Great Hall for 700 years and scientific analysis has dated it as having been constructed in the 13th century.  It’s thought to have been created by King Edward I, who was an admirer of Arthurian legend. In 1290 he held a Grand Tournament and those events often had an Arthurian theme, so it’s thought it was constructed at that time. It wasn’t until 1516 that it was painted in its current design.

After walking in the footsteps of royalty, we took ourselves to a piece of the city’s history from the lives of the common people. We had a look at the City Mill, which is now in the hands of the National Trust. This is thought to be the oldest working watermill in England, with a thousand year old history. There’s been a mill on the site since Saxon times but during the Black Death of 1348 the mill went into decline because of the poor harvests and it was also at that time that Winchester lost its status as England’s capital. By 1662 the mill was in ruins and was rebuilt in 1744. In 1795 it became the subject of a painting by JMW Turner and today it’s still a working mill, with the flour being sold from the on site shop. 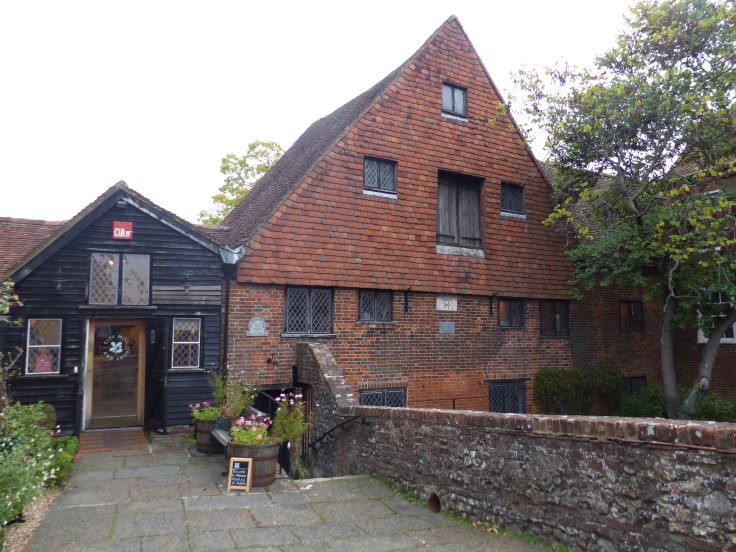 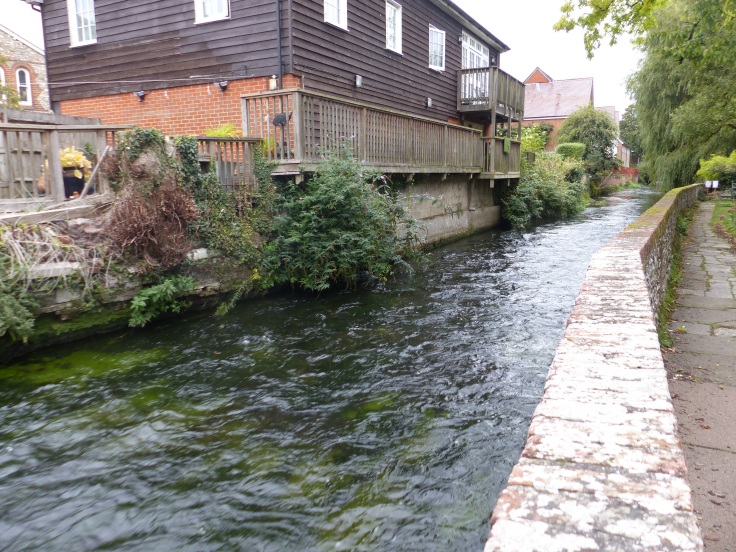 By the time we left the mill the rain was coming down, so it seemed we had timed our end of pedalling quite well, with rain forecast for the next week. We sloshed through the streets back to the van and motored down the M27 back to Chichester. The reason we have returned from whence we came is because we went to the theatre tonight. When we strolled the streets of Chichester on Saturday, we saw a banner for Macbeth that was opening that night, starring John Simm and Dervla Kirwin, two actors we both like, so we thought we couldn’t really pass up that opportunity. So we came back and had a night  watching “the Scottish play.” It was excellent and John Simm was absolutely brilliant as Macbeth. Tomorrow we will move on, continuing to explore, to see what more is out there to discover. There is always something wonderful just waiting for us, so on we go, to find the wonders that await!

Time in the saddle: 50 minutes

Weather: Fine and cloudy, then wet and cloudy 18C