A motoring day today as we visited two interesting places, with a lot of driving in between, which wasn’t interesting at all. So today was really just time spent at a couple of sites and then a whole lot of transit time along a motorway. So…not a whole lot to report!

First stop was Fishbourne Roman Palace, just outside Chichester. This was a really interesting place to visit, although there wasn’t a palace there to see anymore. In 1960, workmen were operating heavy machinery, digging water main trenches and they dug up some Roman remains. This was investigated further and lo and behold, they discovered the remains of a Roman Palace. It dates from 75AD and when complete, spanned a quarter of a million square feet. Huge! There are remains of the north, west and east wings still there, but the village of Fishbourne was built on top of the south wing, so there are roads and houses over the top of that, so not much is known about it. It’s not known for sure who owned it, but the thinking is it was possibly Tiberius Claudius Togidubnus, whose job it was to look after Rome’s interests in Britain.  It’s possible the palace was built at the Emperor’s expense, in recognition of Tiberius’ faithful support.  Apart from a museum, showing information about the excavation and artefacts, all that’s left to see are the mosaic floors from the palace. This was still fascinating though because they are in situ. This is what makes it such a significant Roman site. The mosaics that are still in place, remain exactly where they were at the time of the palace’s occupation. There were viewing walkways alongside the mosaics, so we walked around the vast area, all indoors, which was good because it was pouring rain outside. After doing  a lot of reading in the museum, we walked around looking down at the mosaics and imagining the rooms that would have been in place. If your job was to create mosaics at that time, I reckon you were on a winner of a business opportunity! A fiddly job but you’d never be short of business! 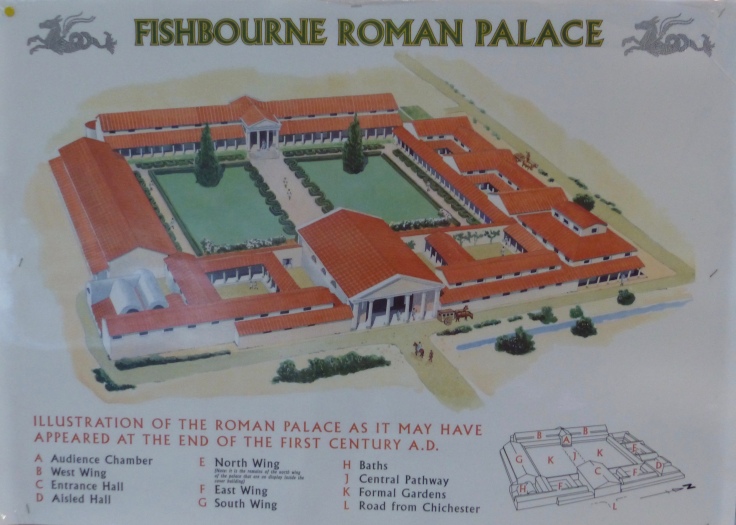 From there we headed off to the village of Chawton, via the motorway. Very good for Steve the driver, because it’s a case of pointing the car along that super highway and zooming with the other traffic, a lot easier than weaving a van around country lanes. Motorways for me though…dullsville! Fast, nothing to see, no real scenery and just a means of commute. A mega adjustment after the scenery and silence of the bikes.

The village of Chawton was home to Jane Austen and I really wanted to visit the house where she actually lived and wrote. Chawton was a lovely little village with thatched cottages and surrounded by countryside and it’s where Jane Austen lived with her sister and mother after Mr Austen died. The Austen women were in pretty dire financial straits after the death of Mr Austen because, being women at that time, they were completely dependent on the men of the family for their income. Jane’s brother Edward though, came to the rescue with the cottage in Chawton, which the Austen women were able to live in rent free. The house is now considered to be the most treasured Austen site in the world. Jane lived there for the last eight years of her life and those were her most prolific writing years. It was in the house in Chawton that she wrote all her major works, such as Emma, Pride and Prejudice, Mansfield Park, Northanger Abbey, Sense and Sensibility and Persuasion. The sun came out briefly while we were there, so we walked through the house and garden and then took a stroll through the village. Years ago, we visited Louisa May Alcott’s house (she of Little Women) in Massachusetts and it was really quite special to see the house she wrote in, her writing desk and the rooms that she based her stories on. Today was another special visit, to see where such a wonderful writer sat and I think the most memorable thing I saw, was her little writing table. Just a small, round table, the size you might sit a cup of tea on beside a chair, which is where she sat with quill and ink and penned her timeless stories. 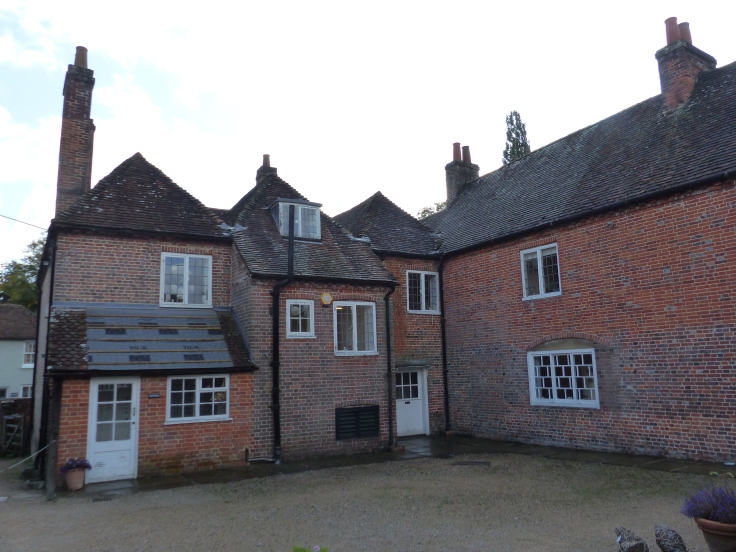 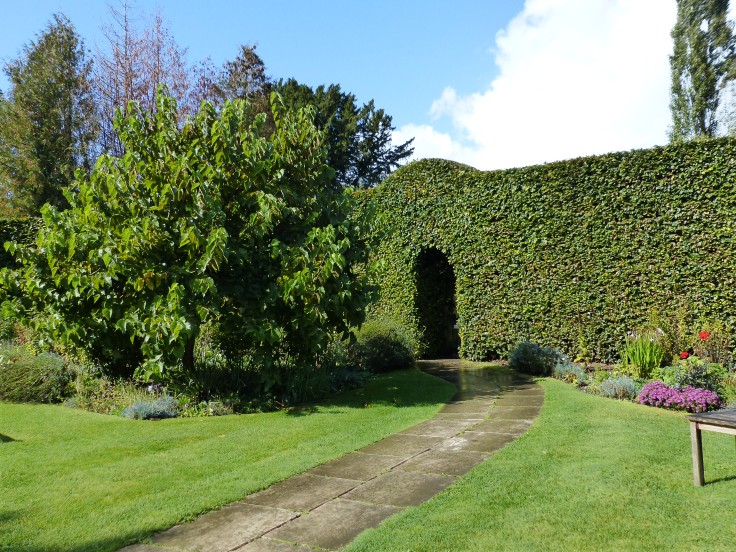 Those were the two events of the day. In between was just time spent in the van zooming from one place to the next. Motorway monotony! What that time did do though, was give me pause for thought on the last six months. Today was our first full day in the van and the first day of leaving our loaded bike travel behind us. As we zoomed along, it got me reflecting on our time on the bikes, what I’ve learned and thoughts about our travels. This is what went through my mind, a list of my reflections and musings:

Well, that was the day. A visit to a couple of interesting places that I’m glad we had the chance to get to. I’ll give the van that today, it at least enabled us to get around places that were far apart. I’ll take the motorway monotony I guess, for what it delivered in the end. Time to sit back, think and reflect on our travels was time well spent too. A reminder again, of what we’ve done, how lucky we are, how grateful we are and what an amazing journey we have been on, with our trusty bicycles. But…a journey we are still on, even though those bikes are having a rest for our last week. The journey continues. There’s still tomorrow!

4 thoughts on “Romans, Writers and Reflections”