You will see from above, that our pit stop today was Limerick. So, just for a bit of silliness, I bring you today’s instalment entirely in the structure of limericks. Apologies for my questionable literary skills, but… y’know, it had to be done!

Two Tasmanians set off to explore
And discover adventures galore,
They set off from home,
To run, ride and roam
From Down Under to European shores.

Team Tassie pedalled on in wonder,
Through sunshine, downpours and thunder.
Each day was a winner,
The Tasmanians were grinners,
Even with all the wrong turns and blunders.

Now they are on the Emerald Isle
The “Van Plan” saves them pedalling miles,
They’ve done the Wild West,
Seeing Ireland’s best,
For a week they’ve been travelling in style.

Today they rode through Tralee,
On roads, then paths traffic free,
Past fields, along lanes,
Into wind but no rain
They pedalled happy as could be. 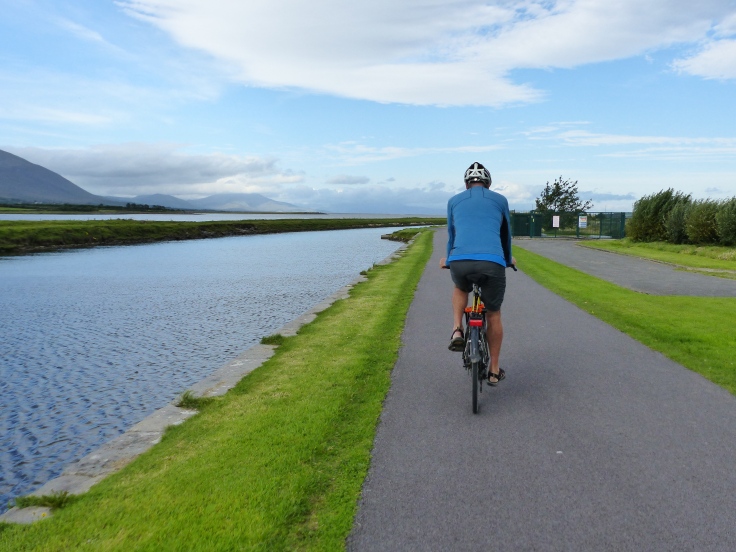 A landmark then came into view,
“On the right! Can you see it too?”
A windmill stood high,
Framed by clouds and blue sky,
Well that’s worth a photo or two.

With mountains, canals and stone walls,
They gazed about, having a ball,
The wind was so strong,
The short one wheeled on
Not needing to pedal at all.

Ballyseedy Woods was next stop,
To find an elevenses spot,
They strolled through the woodlands
Past ruins and beech stands,
Alas no deer in camera shot. 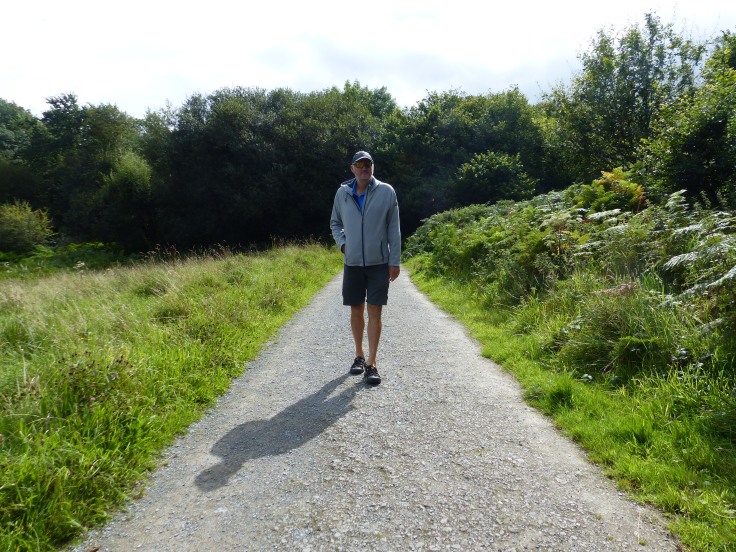 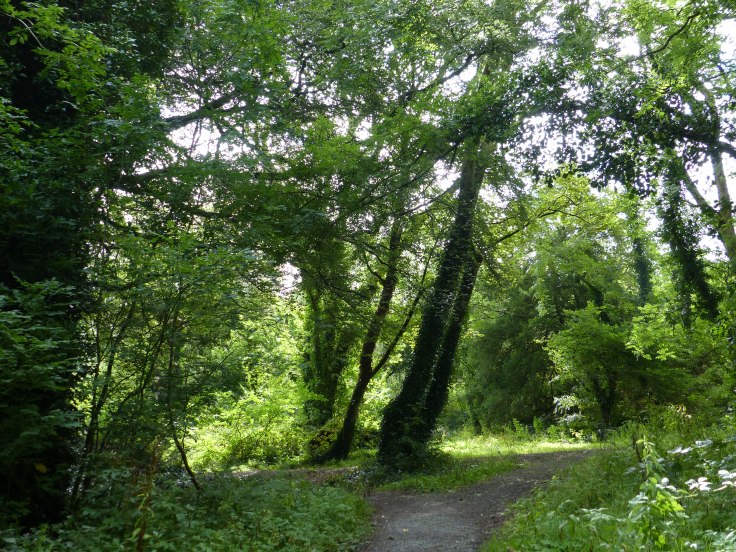 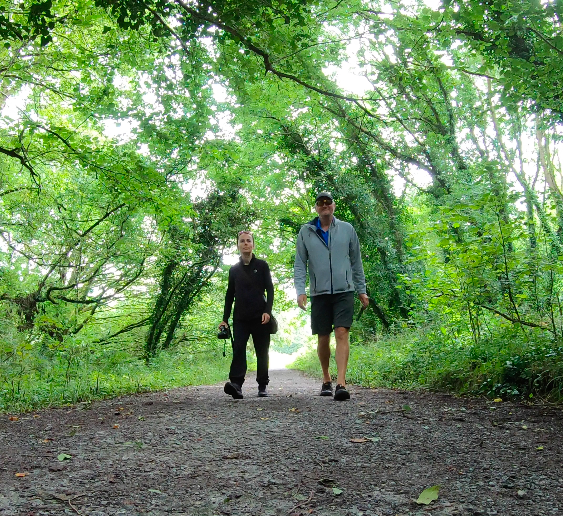 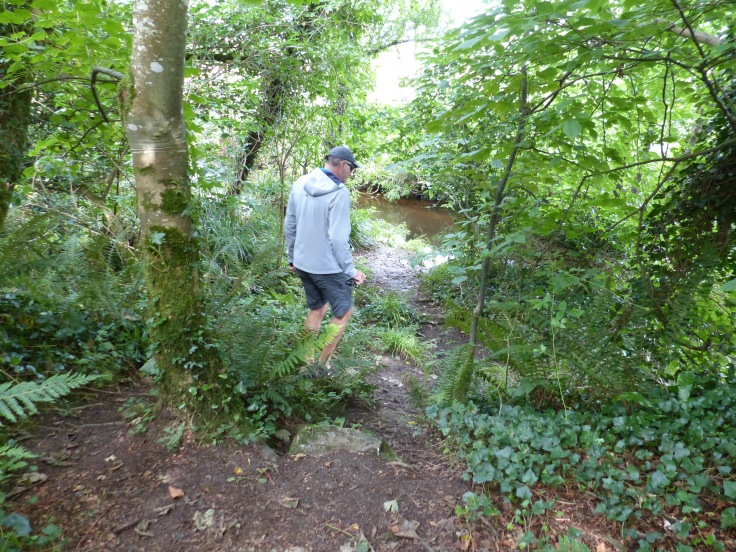 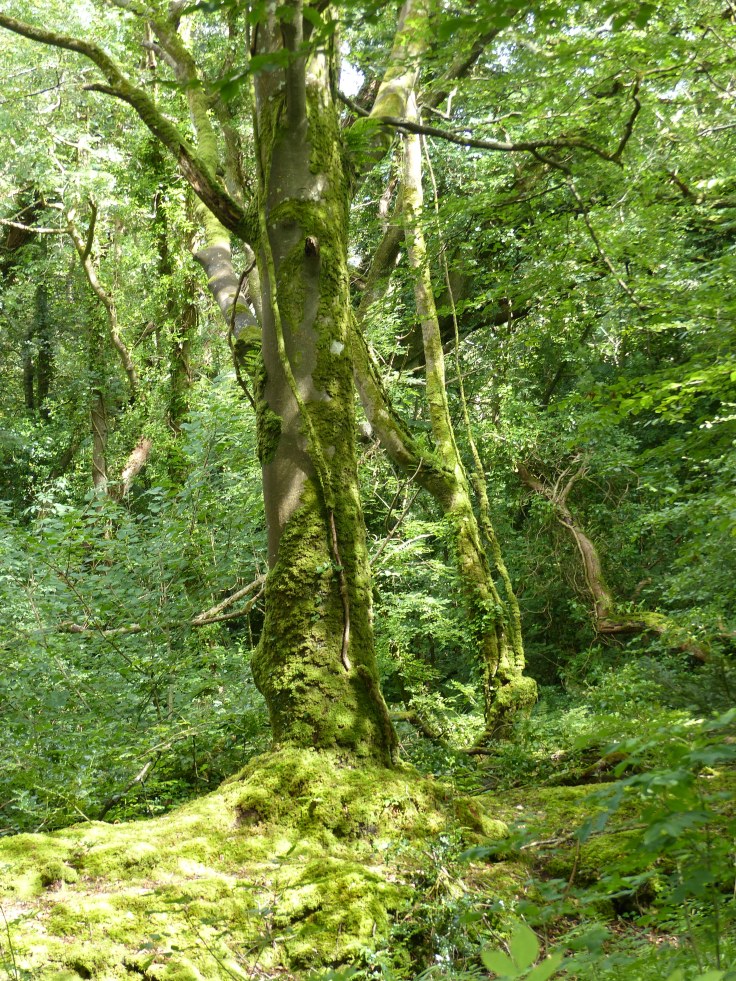 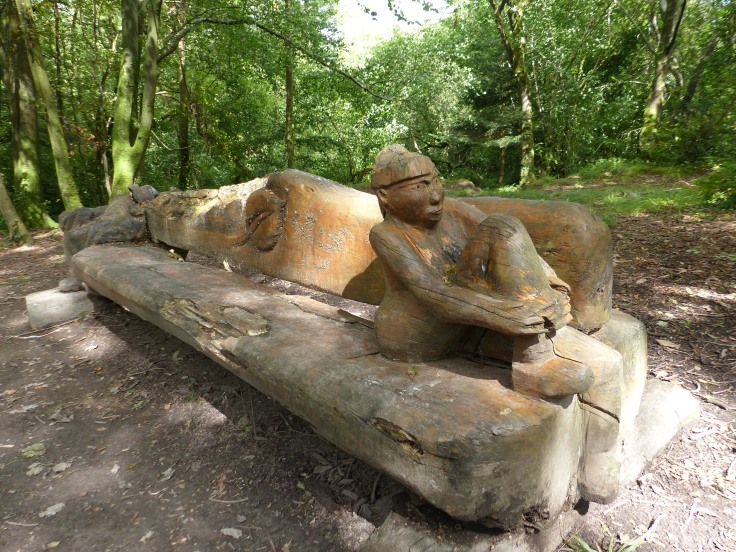 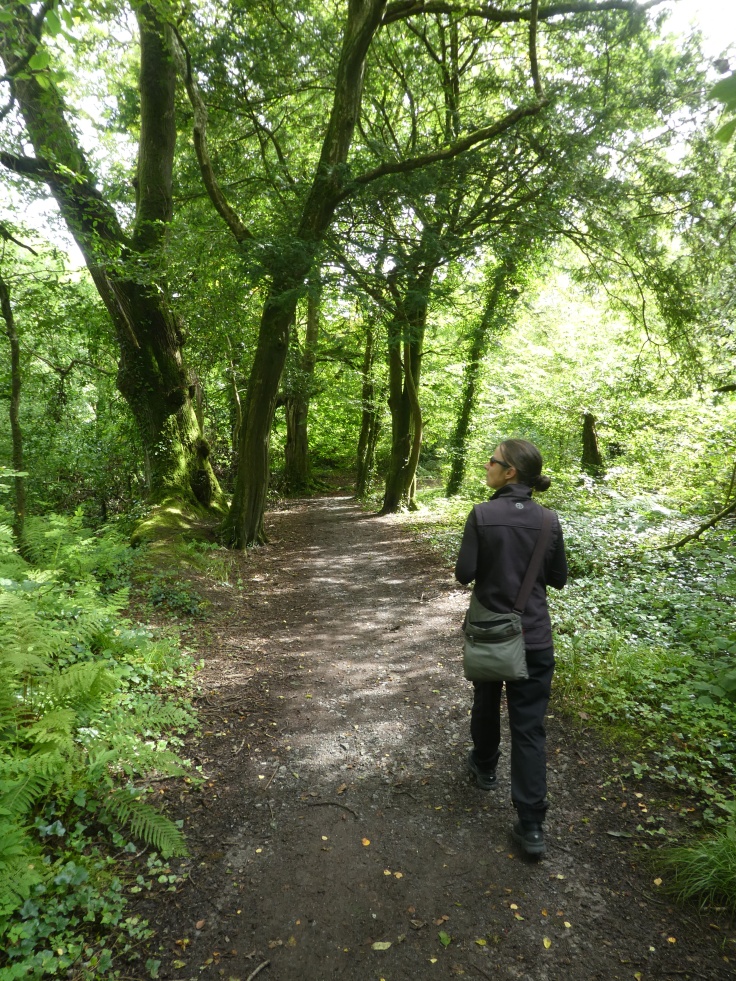 To the motorway off they then sped,
For to Limerick they would now head,
On arrival they found
The place traffic bound
So they sought out some lodgings instead.

A cuppa helped calm the fraught nerves,
From narrows streets, traffic and curves.
The tall one then snoozed,
Which the short one excused,
A recovery doze was deserved.

A city roam didn’t appeal,
So supplies were sought for a meal,
It was a good day,
Cycling, rambling and they
Thought those two bits were simply ideal.

Time in the saddle: 1 hour 13 minutes