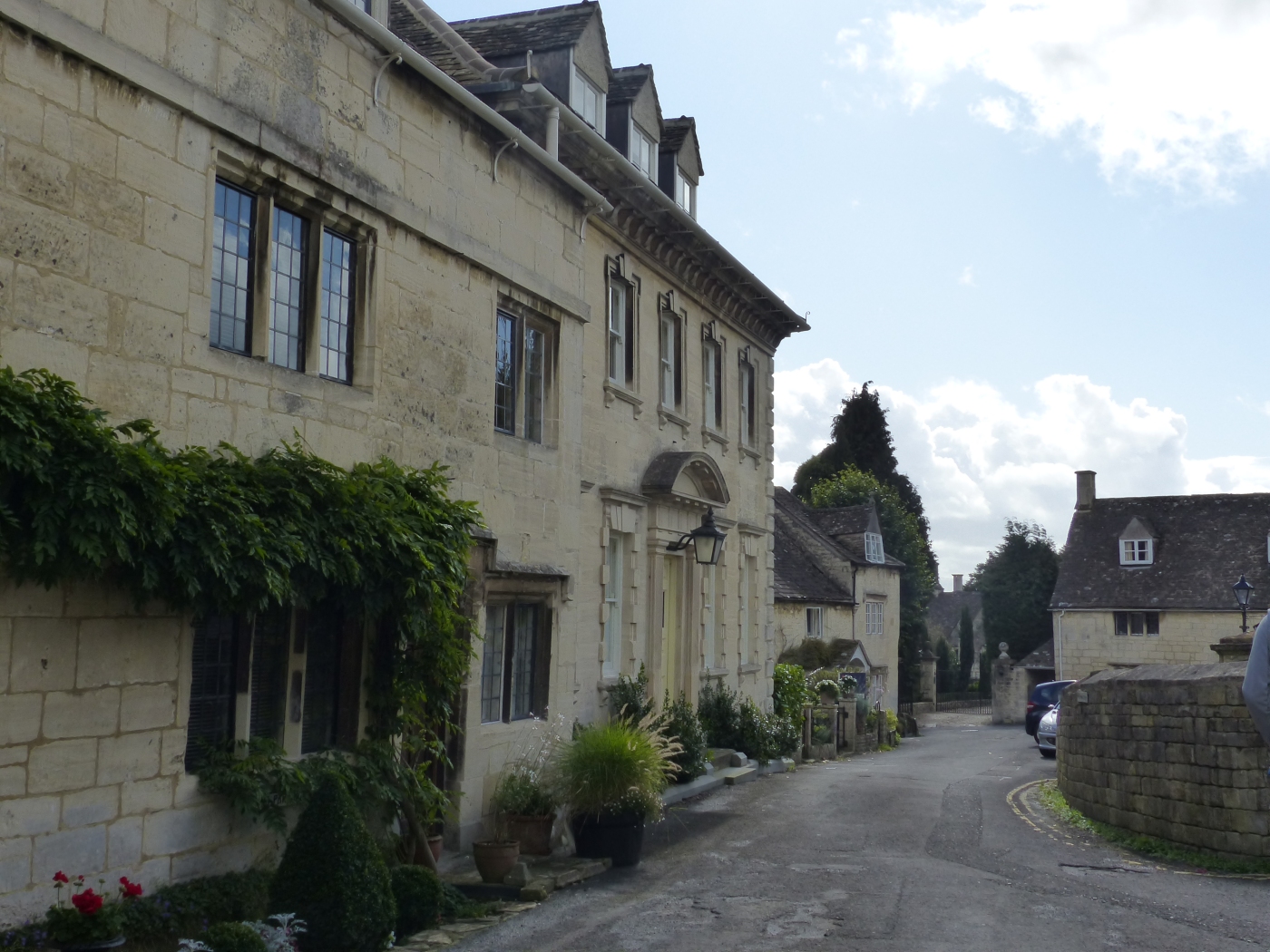 Time to get some jobs done, but also some time to see the wonders of the Cotswolds. We set off Thursday morning, heading for Cheltenham, a big enough place that we thought we might strike it lucky with another box for Steve’s bike. Our first store did indeed have a box for us, a very big box indeed. A very big and heavy box that had once held an e-bike. Now we are just hoping it will make the airline’s size restrictions and not put too big a dent in our weight allowance. But, we are now in possession of boxes suitable for transporting our trusty steeds back Down Under. We strolled briefly though Cheltenham, but didn’t tarry, since it was quite a big and rather busy town and I for one, was in need of some peace and picturesque, some countryside and charm, some quaint and some quiet. I am beginning to experience the same difficulties I remember having at the end of our last cycle tour. Travelling by bike is so quiet and peaceful, with the natural world right there at our fingertips, to see, touch and smell. Travelling in such a way, leaves me rather hypersensitive to noise and crowds and hectic paced places. We’ve only been in the van for a few days, but being in a fast vehicle, surrounded by traffic, whipping along a motorway, in the thick of traffic is causing my senses and whits to become a little frazzled.

“I’m struggling a bit,” I said to Steve yesterday, as we walked alongside a busy, noisy street, “I need to do something that’s the equivalent of being on the bikes, if we can’t actually be on the bikes. I don’t want to be in a van. I don’t want to be on a motorway. I don’t want to be in a crowded, busy town. I need countryside and villages and peace.” So we left Cheltenham rather swiftly, to nurse my fractured nerves. On the way, we did stroll past Neptune’s Fountain. This was designed in 1892 by the town’s engineer and he took his inspiration from the Trevi Fountain in Rome.

We made our way towards Painswick and what an utterly delightful place this was. It was a quintessential Cotswold village, with narrow lanes lined with stone walls and the whole village was dressed in that beautiful Cotswold stone. From Roman times onwards, stone was quarried from the nearby Painswick Beacon and used to construct the town’s buildings. From the 16th century, the village made its fortune in the wool industry and cloth making, with Cotswold cloth considered the finest to be had. In the 19th century, some of the mills were converted into factories making everything from umbrellas to walking sticks, but it was pins that became the next prosperous item. Pin manufacture took off and by 1904 three companies in Painswick were working together to produce more pins, hairpins, hooks and eyes than anywhere else in the world. Pin manufacture continued to be a major industry in Painswick for 130 years. Today, it is a beautiful little village surrounded by rolling green countryside, with not much there but houses, a churchyard, a village shop and post office. We strolled along the streets and it was lovely to be in such a gorgeous, peaceful little place again. 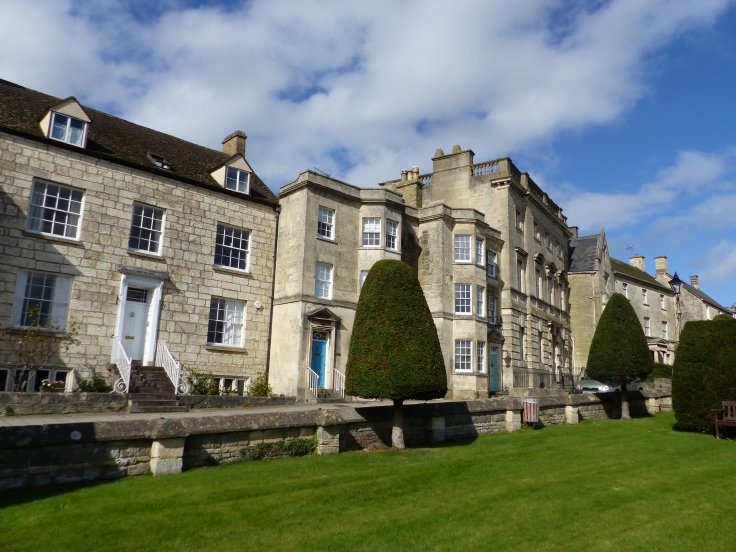 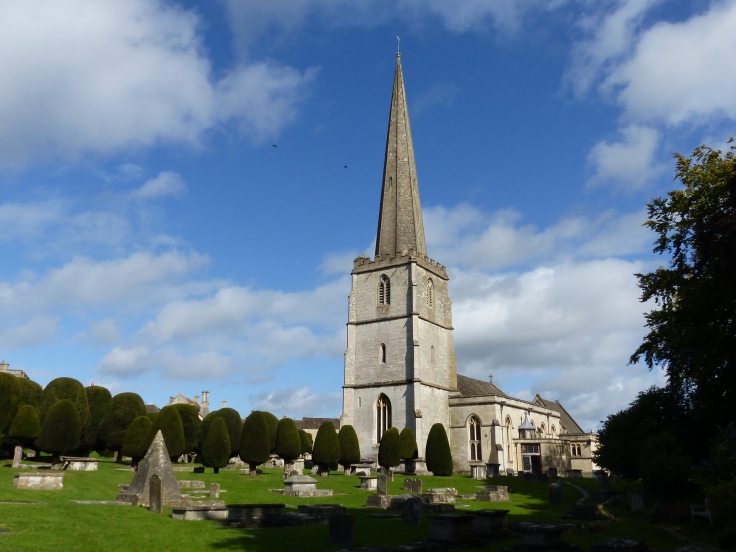 We drove on, through Stroud and then, as we motored along a main road, past Rodborough Common and then Minchinhampton Common, we saw signs alerting us to cows. “They’re out” said the signs along the road. Cows? Out? Out on the town? Out for the count? It wasn’t long before we discovered just how out the cows were, as one came ambling down the road in front of us. The line of cars behind it just waited and it walked right up to our van, before making a slow turn around the bonnet and ambling on its way. It was like the New Forest all over again. Not far up the road we passed the local golf club and there they were again, cows happily grazing on the fairways with the golfers playing around them. I wonder if there’s a special rule to take the local cud-chewers into account and the additional challenges they pose beyond bunkers and water hazards? Can you take a drop if a cow snorts your ball into the rough? Or, is there a special score that takes the local golfing cattle into account? Birdie for being under par. Eagle for being even more under par, Albatross for being very under par indeed and a Bovine Bogey for being over par on account of heifer h’interference which was just udderly unfair?

As we motored on, we drove though glorious countryside, down narrow single lane roads and small village laneways. It was beautiful and showed the Cotswolds in all their glory.

“I really hope a car doesn’t come along,” said Steve, as we headed down yet another lane that was barely wider than the van, which makes it very challenging when a car comes in the other direction and there isn’t room to get past.  I really don’t know what they did in horse and carriage days on all these narrow English roads and lanes. A bit harder to squeeze a horse into a hedge to let another driver past and a lot harder to reverse a carriage than a car. Still, somehow they must have managed because those single lane, country roads are still everywhere and while they’re very tricky to drive on, they take us to and through, some beautiful places and landscapes.

It was lovely to be amongst the rolling hills again, in the green of the country and through quaint villages. There’s a reason the Cotswolds sits within a designated Area of Outstanding Natural Beauty and it was very nice that it gave us the beginnings of a scenic send off. 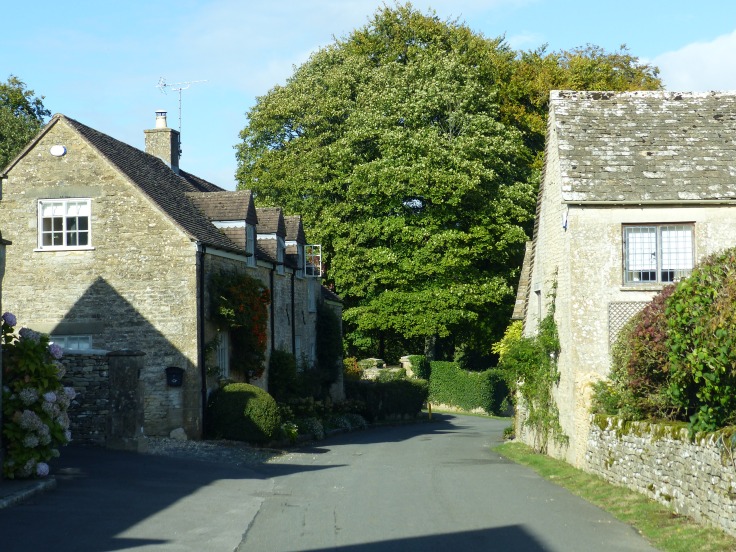 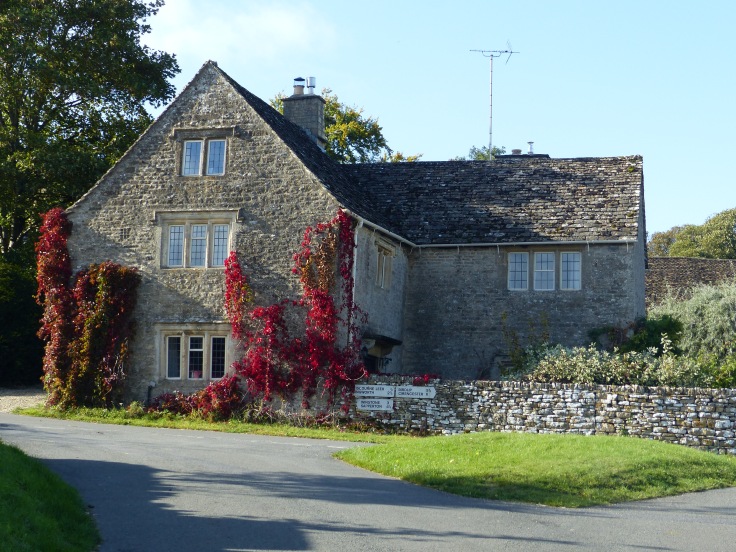 Friday was another jobs day, getting the bikes ready. I started with a walk and run though, through  the streets of Cirencester and then out to the remains of a Roman amphitheatre. What’s there now are the grassy mounds that were once the amphitheatre’s walls, sitting around the central arena. This particular amphitheatre was built in the 2nd century as a stadium for public sport and entertainment. The banks that are there today would have supported the tiers of seating for spectators and it’s thought it would have once held up to 8,000 people. When the Romans left Britain in the 5th century, the amphitheatre was no longer used for entertainment and in the years since it has been a market place, a fortress, pasture for animals and in 1286 a rabbit warren for the Abbot of Cirencester.

Sitting on the hill above the amphitheatre is the Cirencester Obelisk. This is thought to date back to the 18th century. Not much is known about it, but it’s possible it was a monument of some kind or a decorative marker for the boundary of an estate.

After breakfast Steve got to work in the garden, pulling my bike apart and giving it a good clean. All was going well until it began pouring with rain and even though water was an essential component of the cleaning process, this was not of assistance. I had been out gathering supplies, walking back balancing two bags and an umbrella in my hands, to find Steve rained out of the garden with an imposed halt to bike preparations. We paused for elevenses instead.

The remainder of the day was simply a range of preparations, from sourcing packing materials, to trying, without success, to find “stripy bags”, of the large, plastic PVC variety to pack all our panniers in. They are everywhere at home but have remained elusive over here. We shall have to find an alternative. Tomorrow we hope to be out and about again, seeing some more of the Cotswolds and enjoying the beautiful scenery, towns and villages that make up this special part of England. Dear England, you’re giving us some lovely sights to see, I’ll be sorry to go, but maybe just turn the taps off for a little while. Can we give the brolly a rest? Leave the coats behind? No…I didn’t think so. Not to worry, soggy is still special!