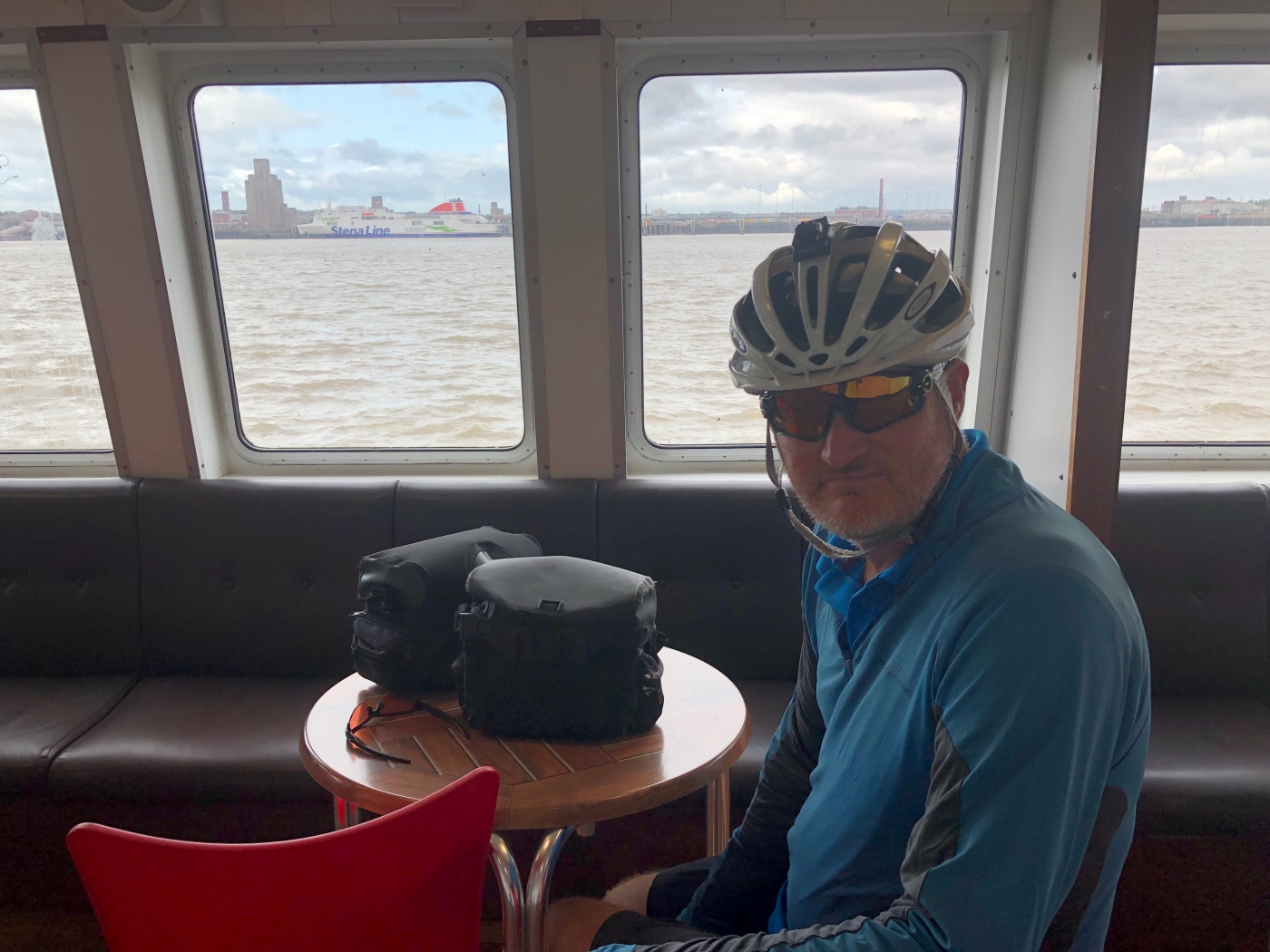 After our aborted ride yesterday we thought we’d redeem ourselves by having an outing on the bikes today. We were in need of a nice town or village, with some history and some roam worthy features, so we decided to pedal off to Chester.

It wasn’t raining. Yay. It was grey but warmish. Yay x 2. We would get to have a trip on that oh so famous ferry ‘cross the Mersey. Bonus. We walked the bikes onto the small ferry, settled in and listened to the commentary as we passed some landmarks along the banks of the river, then a short paddle later and we were walking off at Seacombe and on our way.

The ride itself was nothing to speak of really, through industrial areas mostly and then a very busy road, but we did have a brief pedal through Eastham Country Park and that was lovely, through the trees with the river beside us. We had a mean headwind the whole ride but without the weight of the fully loaded bikes it was a whole lot easier to deal with. 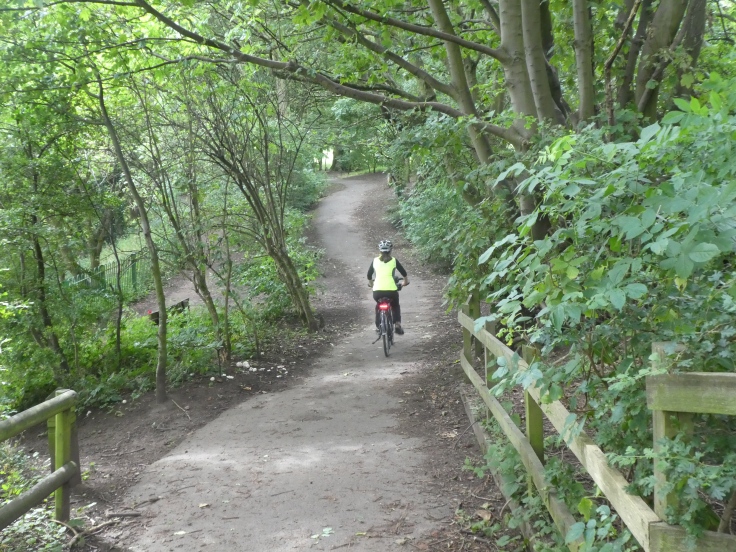 The ride into Chester took us beside a canal and along a towpath that would have been worthy of one of Steve’s cries of “maintenance!” but despite the bumpy, potholed and broken path, it was out of traffic and the sun was now shining. Oh joy! 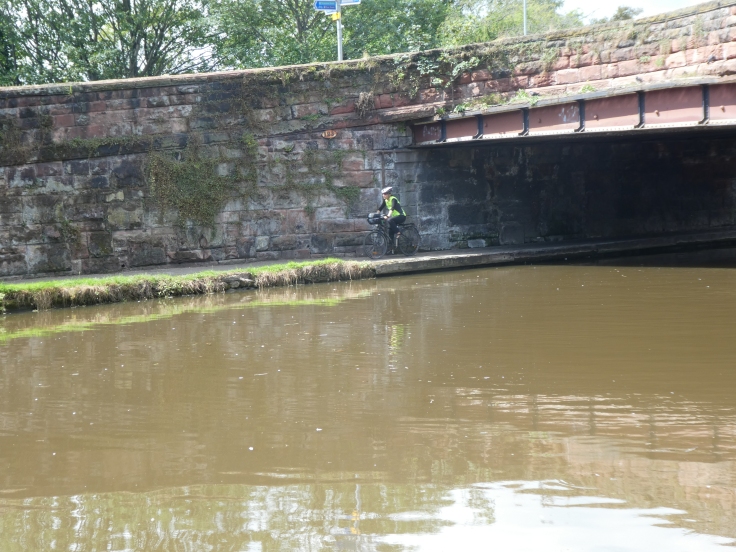 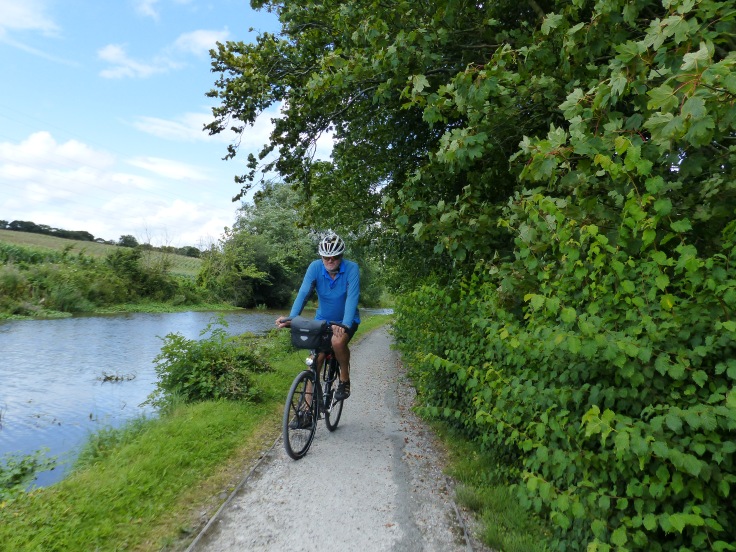 Into the streets of Chester we went and it was just what we needed and were looking for. What a lovely town with cobbled streets, half timbered houses, Roman history and open pedestrianised areas to stroll through. We roamed through the streets, along the walls, into the Roman amphitheatre and along the historic cobbled streets. It was a beautiful city, with so much to see, in every direction the eyes turned. 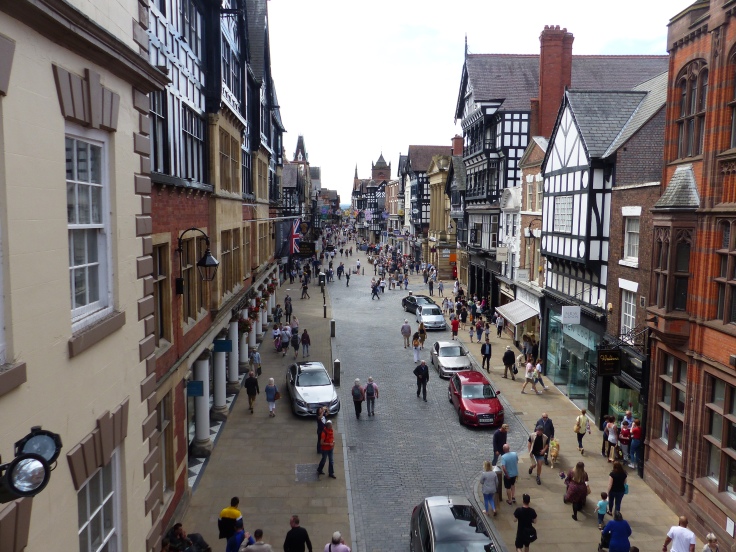 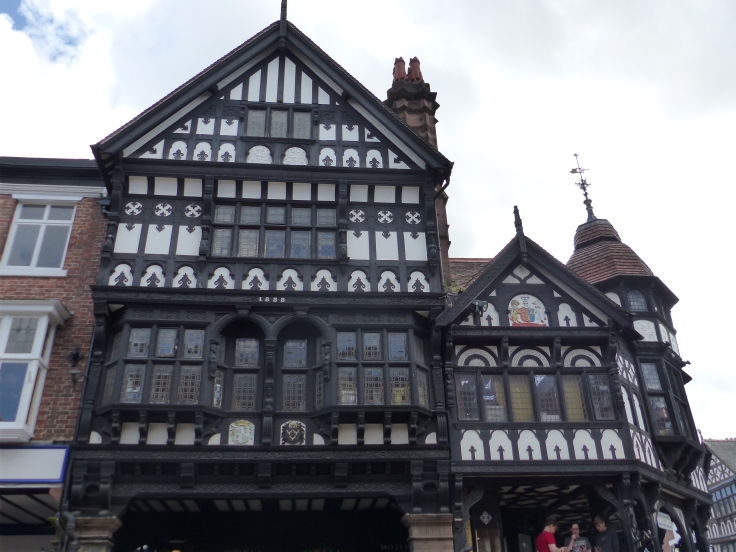 Chester has a two thousand year history. It is where the 20th Legion of the Roman Army built their fortress around AD 79, to protect the land from invading Welsh tribes. Then in 1066, Chester was seized by William the Conqueror and by the Middle Ages, it was the most important port in northern England. During the English Civil War of 1642-1646, there was vast destruction across the city. Apparently, King Charles I didn’t like seeing his men slaughtered on the battle field, so he took off and left the city to fend for itself until it finally surrendered two years later.

Chester Cathedral stands on the site of a 10th century Saxon church and became a Benedictine Abbey in 1092. It was closed in 1540, once again due to Henry VIII and the Dissolution of the Monasteries. The following year it became the Cathedral of Chester. 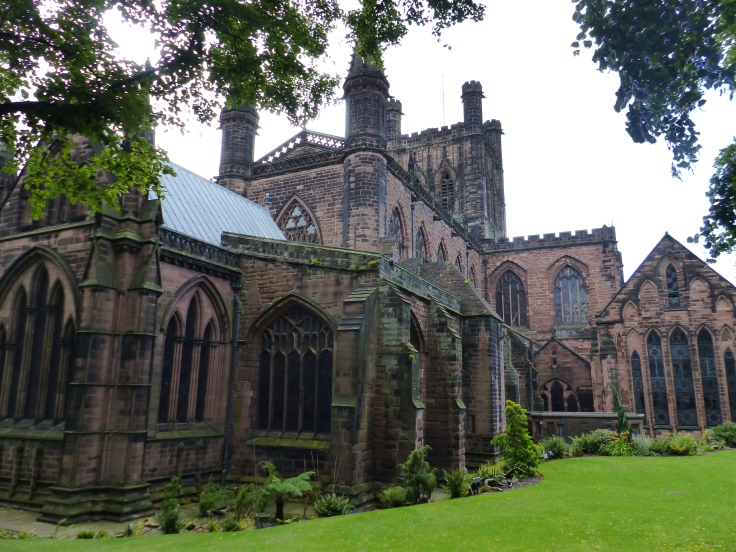 The Rows are 13th century half timbered buildings and the street is on two levels with covered walkways. The Rows was once occupied by shoemakers, cooks, ironmongers and fishmongers and it also has the oldest shop front in England. 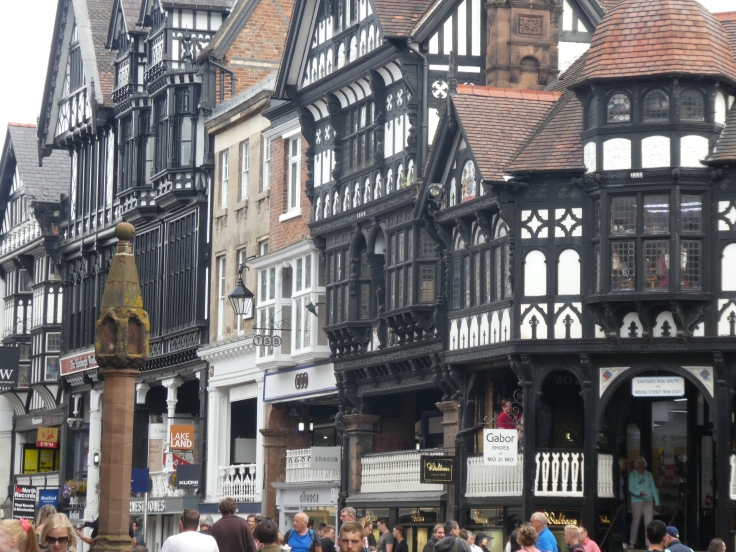 The Roman amphitheater is the largest of its kind in the country. This is where the Romans held wild animal hunts, gladiator contests and public executions and it could once hold 7000 spectators. 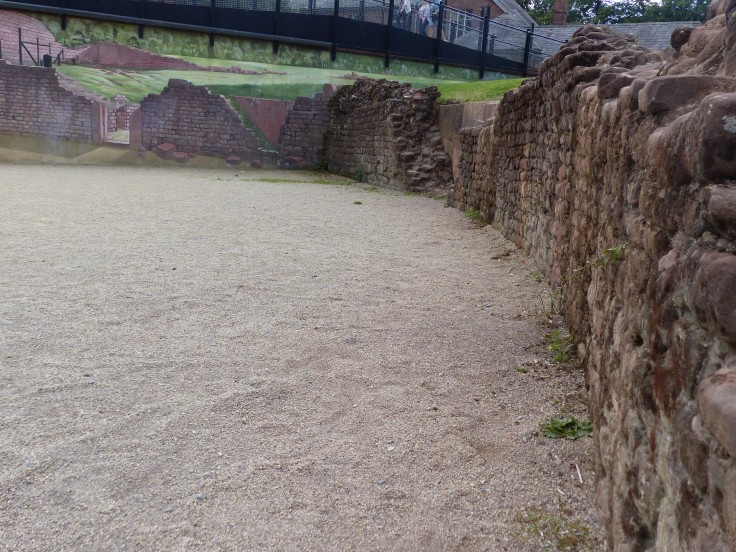 The city walls were once the city’s defensive barrier but that need ended in the 1700’s. Legend has it that King Charles I watched the defeat of his army at Rowton Moor from these walls during the English civil war. The city walls are where soldiers once patrolled, tolls were taken and people promenaded. 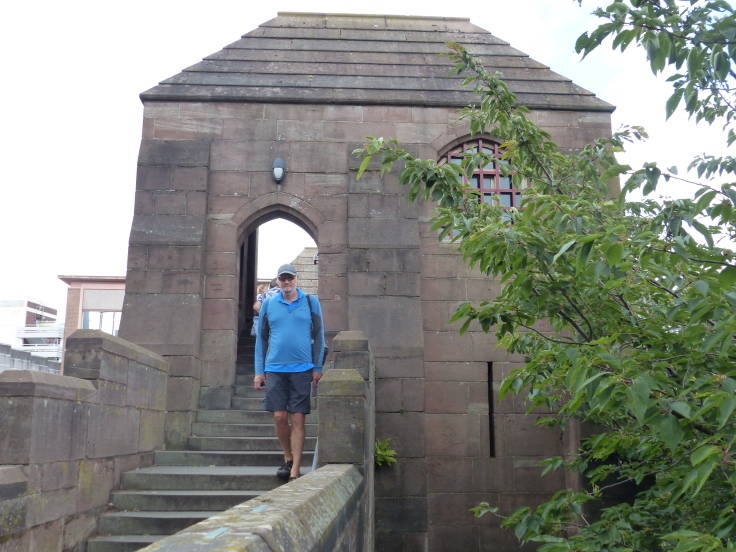 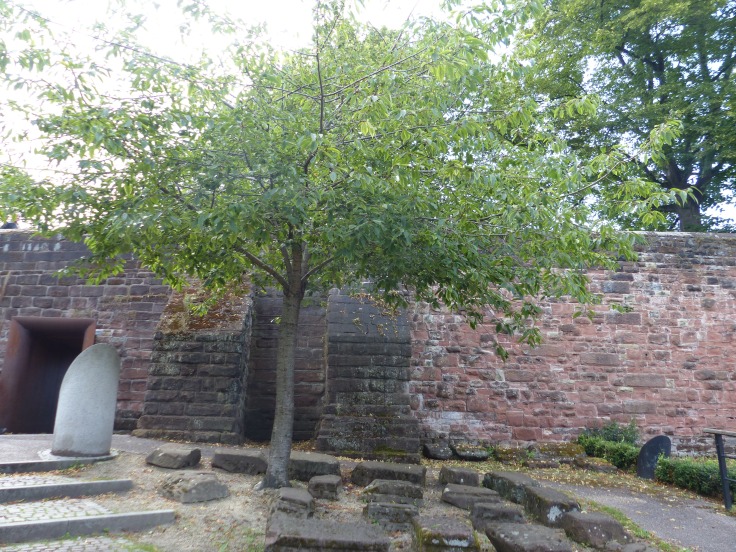 After roaming every which way around this lovely city and taking in its history, we popped into a tea room to partake of afternoon tea. Mad Hatter’s Tea Rooms also does a vegan cream tea, so it was the perfect place to round out a lovely day.

A terrific day. After spending time in some “gritty” towns and cities and some not too picturesque places, it was wonderful to spend  time in a beautiful, historic town, which was full of people but didn’t feel too crowded and it was a lovely, easy roam. This is what we love. Time in towns or villages that give us a piece of history, some stories and some sights to see and learn from. Chester ticked the boxes, was utterly charming and gave us a fab little outing. Tomorrow we’ll get some jobs done and then spend some time roaming in Liverpool, before we take our leave and hop on a larger ferry to head across the water to Ireland. Another day…another date with discoveries!

Time in the saddle: 2 hours 44 minutes 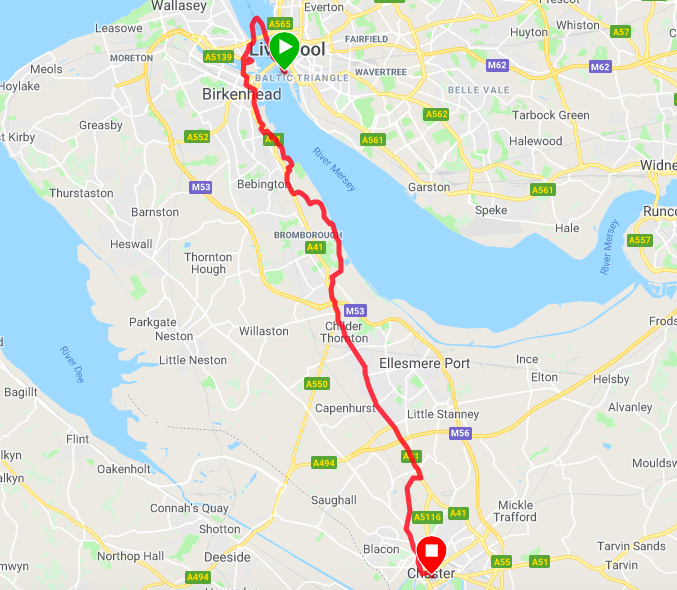 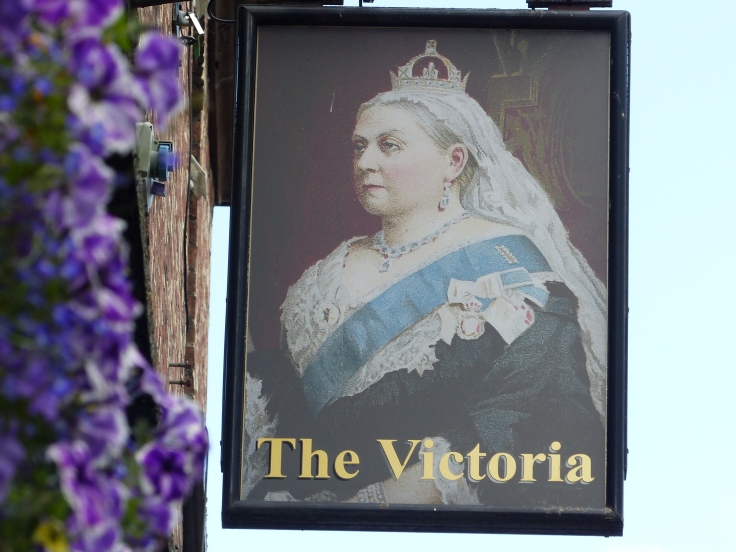 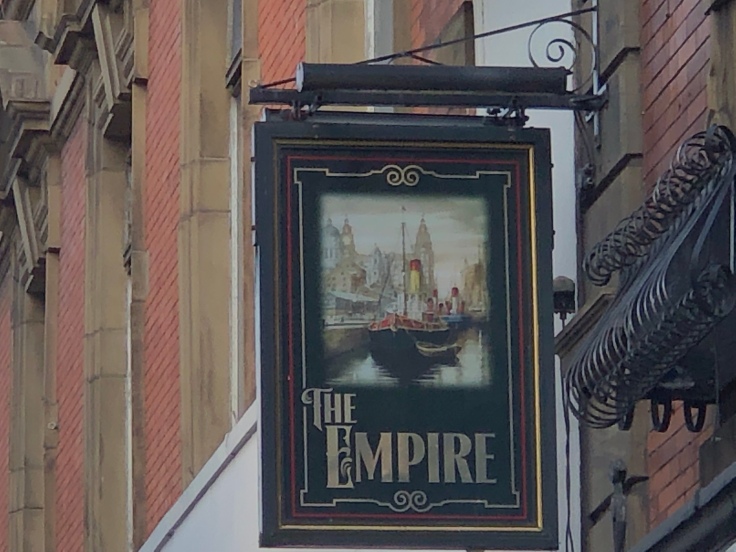 2 thoughts on “Choofing Off To Chester”