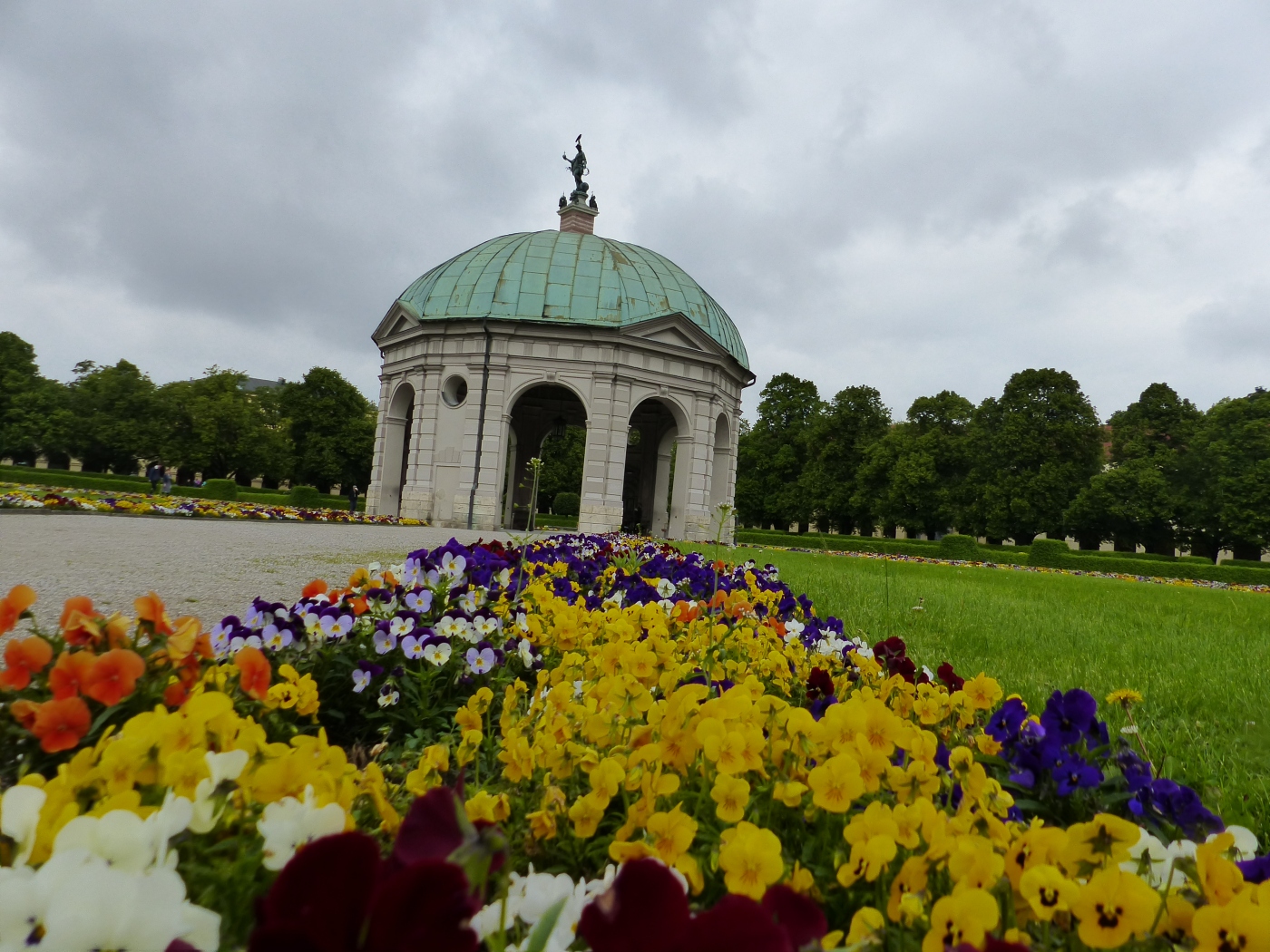 May 29 – Ingolstadt to Munich via Dachau

We took the train today. Without the bikes. We had a plan.

We rode to Ingolstadt yesterday with the plan to stay two nights so we could implement our plan.  We’re close to Munich but not close enough for a detour on the bikes, that would have taken too long but we couldn’t miss seeing some important things, so we decided to stay in Ingolstadt, which has a direct rail line to Munich, leave the bikes behind and take a day trip in to see the city. On the way though, there was another important place we wanted to visit. Dachau Concentration Camp Memorial Site.

We waited for the train and just as we were about to board, Steve decided he wanted to outdo Michael Portillo with his Great Continental Rail Journeys and film an episode himself. I became camera person as we boarded, filming the host walking onto the train and then, on taking our seats, Steve said he needed to do a piece to camera, just like Michael Portillo. He began to practise and found he couldn’t remember what to say. “I need a script,” he said to his co-opted camera person / producer / director / assistant –  a.k.a. Me.

“Would you like me to write something down?” I asked

So Steve told me what he wanted to say, I wrote it out on a notepad and held it up for him to read to camera! I mean, we go all out folks, I’m talking BBC quality production values here!

Our first stop was Dachau and we made our way to the Concentration Camp Memorial Site. This is the site of the Nazi run concentration camp and the original buildings, watch towers and perimeter fence remain. I’ll admit, I found it difficult being there. I walked around with a knot in my stomach and felt very uncomfortable. I hardly took any photos, just a few on the outside because this wasn’t a place to be treated like a tourist attraction and it felt wrong and disrespectful to take photos of things. The things we saw were also not the things I would want photos of anyway. It was a site that was incredibly moving and the way it had been set up, told the history of the place, the horrific things that happened and signs asked visitors to treat it like a cemetery with the respect and solemnity of such a place. The site is largely as it was, with the road in, the gatehouse and gates the prisoners would have walked through, those words on the gate that spoke so much yet told so little.

The barracks were still there, the crematoria, the gas chambers. We could see it all. We could walk in the places where inconceivable horror took place.

Part of the site is also established as a museum and that made me feel very uncomfortable. There were artefacts on display such as the personal effects that had been taken from people as they arrived, including items of jewellery and a gold crown from a tooth. It did feel wrong looking at those things and I did hurry through that section. It felt intrusive and voyeuristic to be looking at such things, that had belonged to people with lives and families and wishes and dreams that had been taken in the most indescribable way. I didn’t feel right, seeing those personal and intimate pieces of them and their lives, displayed for the likes of me to gaze at. Standing in some parts of the camp were just…I don’t think I have the words, I still have a lump in my throat as I write this, trying to give words to emotions that don’t have description. I’m glad we went. It’s a piece of history that should never be forgotten and while I’ve read about it, learned about it, watched documentaries about it, being there and seeing the place was something else entirely. It gave the words on a page, the black and white photographs and the images on a screen such a reality. It was a place for remembrance, to pay respect and to wish for such things to never raise their head again. 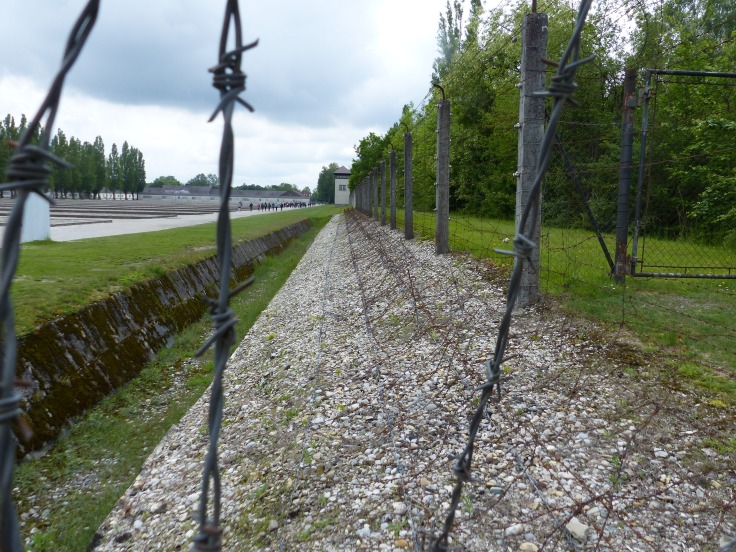 After this somber time in Dachau we continued the train journey into Munich for a look around. We just roamed, completely freestyle. We saw the famous Rathaus-Glockenspiel in the front of the Town Hall, we wandered through the Viktualienmarkt, the central market and then into the Old Town. There were some beautiful buildings, a lovely park, open squares and a real mix of the modern and the historic. 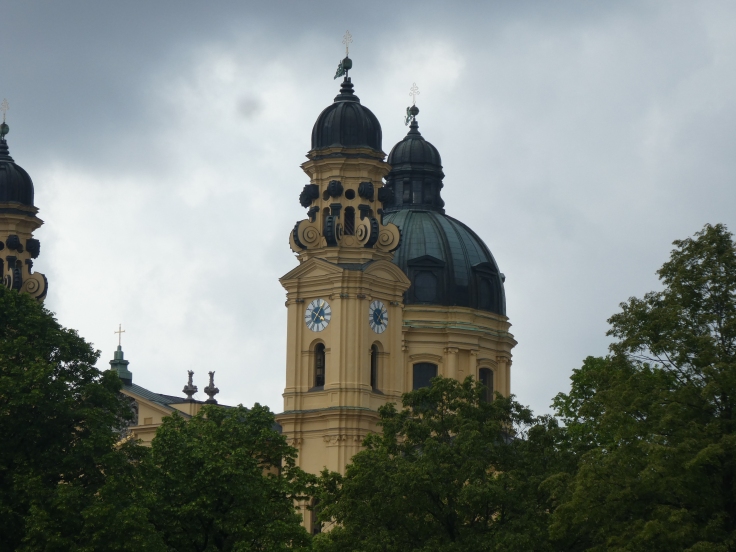 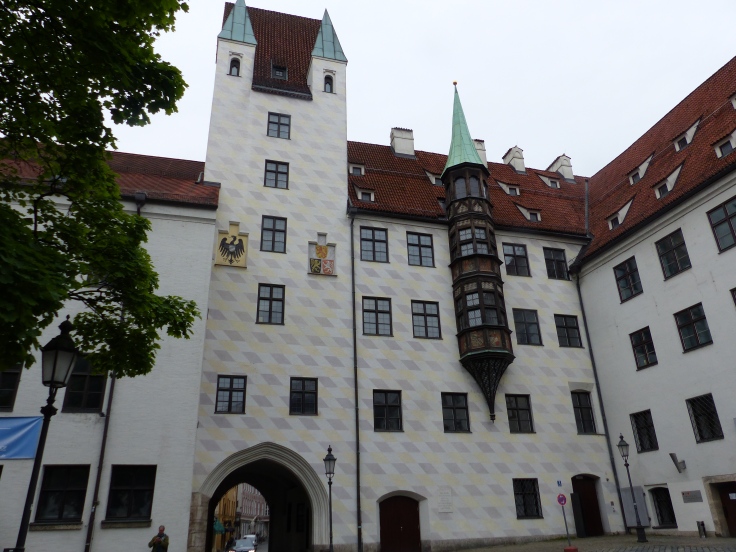 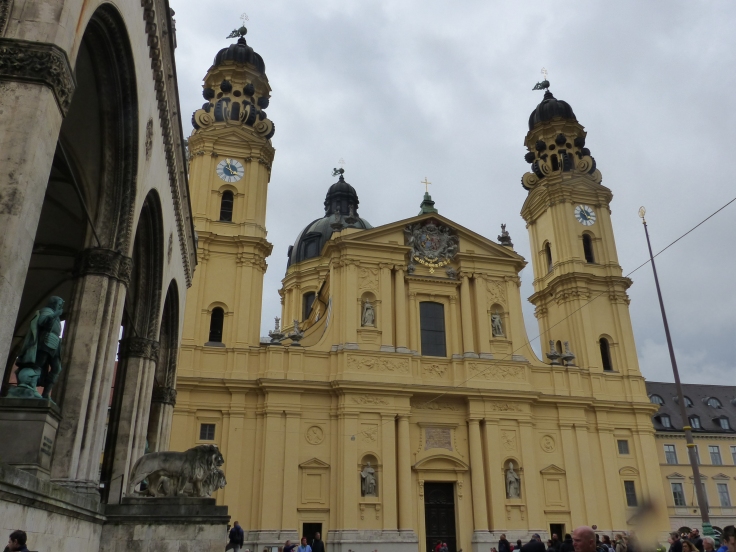 The glockenspiel has figures that move as the glockenspiel plays and this happens three times a day. We had missed the earlier times and the last time it would happen was at 5:00 so we waited until then and stood on the cobbles below the tower and waited. The clock chimed the hour, the music began and the figures from the royal court, the jousting knights and jesters moved and twirled to the “ooh’s” and “aah’s” of the crowd below. We wouldn’t have wanted to miss that. It was a nice time in Munich, walking the streets, lanes and park to take in some more of the history and culture of Germany past and present.

We finished the day with the challenge of navigating the underground, which was a little more of an upstairs downstairs rabbit warren of platforms than other stations we’ve been in, but we eventually found our way, made it back to the central station and on our train back to Ingolstadt.

That was our day trip. It was something we couldn’t have done on the bikes without adding many more days of riding and a big detour, so we’re glad we made the plan to leave the bikes for a day and take a day trip that enabled us to see some places we wanted to visit and take in some more learning and experiences.

Tomorrow we ride on, continuing along the Danube. We’ve stocked up on supplies because tomorrow is a public holiday and everything will be closed, so we’ve loaded up to last us through until Friday and we don’t know where we’ll be then. We’ll go where the path takes us, find what’s there when we get there, and wherever that is, it’ll be where we’re meant to be…because we’re lucky…because we’re so fortunate…because we’re free. We will never stop being grateful for that.

Number of out takes on Episode 1 of “Not Quite As Great as Great Railway Journeys” : 4 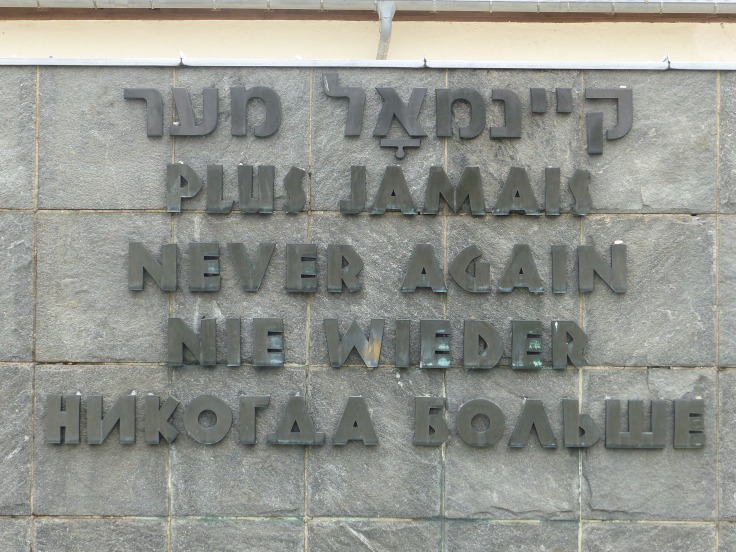 2 thoughts on “Roaming and Remembrance”