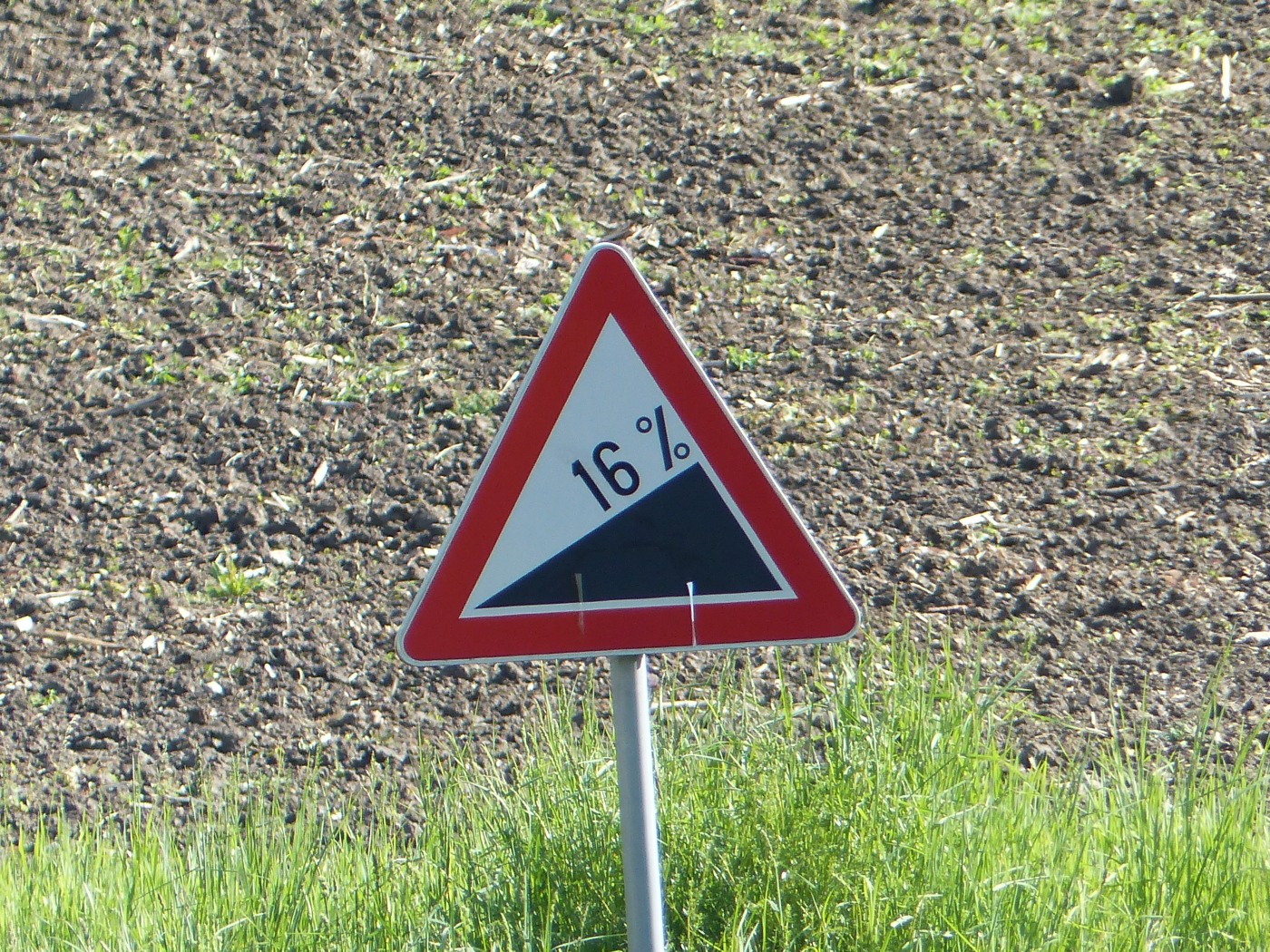 We had some hills today…some big hills…some tough hills and we huffed and puffed our way to the top, but the top was worth the effort…beautiful scenery again! The legs worked hard for it but they eyes were grateful!

We set off from Celje, the third largest city in Slovenia, after Ljubljana and Maribor and had a bike path out of the city which was great because the traffic was pretty busy. The day had dawned clear and sunny, with blue sky and a crisp, sharp chill in the air. Great for riding!

When we reached the outskirts of the city, we turned off and headed for the quiet backroads. It was brilliant. Quiet roads again and lovely scenery, then…the first of our hills for the day. We were on a road and the hill loomed in front of us and the sign said a 16% gradient. We had a choice…we could keep going up the road and tackle that 16% gradient that wound around the hill, or we could take a pedestrian path that cut across the hill, but was steeper. We opted for the steeper pedestrian path because at least our rest stops, slow wobbles, swerves and possible pushing could happen out of the way of traffic. Up we went and the gradient hit 18% and still we climbed. We took some rest stops and then I heard Steve say behind me, “Nope, I’m pushing!” and he was off and walking the bike up the hill. Me…I kept riding because as hard as it is, it’s easier for me to ride up hills than it is to push the loaded bike.

We got to the top, Steve remounted and just when we thought it was over, there was another even steeper ramp to get us back onto the road. It was only a few metres long, but it was steeper than what we’d just come up. Steve got up out of his saddle, stood on his pedals and went for it and got to the top and onto the road.

“I don’t think I can get up that!” I called to him. I can’t ride up on my pedals like Steve can, I just don’t have the balance with the heavy load to be up out of the saddle and balancing on the pedals to push up a hill. “I don’t think I can do it and I don’t think I can push,” I said again. But then…the only thing for me to do was just do it, simple as that…no two ways about it…just darn well do it, sitting on the saddle and pushing. I pushed on the pedals and went up and then the last extra steep bit at the top grabbed me and I thought the bike was going to tip over and I let out a reflexive, almighty roar, partly from the effort and partly as some sort of vocal motivation to just get it done…”Aaaaaaaaaaaahhhhh” I shouted and the pedals kept turning and I made it up that steep ramp. Heavens only knows what any passing locals must have thought of the strange shouting person on the bike, but the little bike did it! I just wish the photos could really show how steep some of the inclines we ride are because they really don’t, the photos look like nothing very steep at all, but we can attest to the fact that the path was mega and the final bit was super mega!

On we went and we had lovely scenery and a forest to ride through…up a 14% hill this time. Up again, up, up, with a few stops for a breather and to take in the beautiful surroundings.

The day was warming up and we both had jackets and layers on but the downhills were so cold that neither of us wanted to shed a layer so we sweated our way to the top of the hills and then faced the chill wind on the downhill run. Some of the downhills were a bit scary. I’d rather huff and puff up a steep hill than brake going down and we had some steep downhills. I told Steve he’ll have to check my brake pads because they’re getting a mighty big workout! Steve on the other hand, just goes. We saw a sign for a 14% downhill and that was it…he was gone…screaming down that hill! I’m sure the G-forces must wrap his cheeks around his ears sometimes the way he pelts down those hills!

Through the forest and then on to…another hill! Talk about getting hit with it all right from the start! This one…16% and nothing to do but just get up it, so off we went again, some stops for  breathers on the way up and we finally made it to the top and again, could take in the lovely palette of green that surrounded us. “Just beautiful,” I said to Steve.

Then down the hill on the other side we went and finally decided it was time for elevenses. We are so grateful for all the bus stops there are out along the country roads because just when we are looking for a place to stop and sit for elevenses…there’s a bus shelter, right when we need one! We stopped for a 10 minute breather and snack in Mlace and then off we went again.

For the next 20km or so we had mostly flat riding, with just a few slight ups and downs. We saw a stork in flight and it was amazing! They are huge and that wingspan! It did such a dainty landing for such a big bird.

We stopped for lunch at the sports centre in Majsperk to prepare ourselves for the final big climb of the day. Riding out of Majsperk we had a long winding hill with switch backs but it was only 6% so a cinch really in the grand scheme of things and I just spun my way to the top.

Then we had long downhill and at the bottom, Steve said, “Where did all the hills go? Take a look around.” We were on open flat plains, as flat as flat with wheat fields and canola fields and it was like we’d rolled onto the prairie. All the climbing we’d done and now…flat as a pancake and no hills at all. The terrain always gives us something to think about!

We rolled into Ptuj, our pitstop for the day. After a quick shower, we set off for some late roaming to have a look at the Old Town and castle before it got too late. Ptuj is a nice little city and is the oldest town in Slovenia, sitting alongside the Drava River, with a castle, beautiful cobbled streets and sweeping views of red tiled roofs. We wandered up to the castle and took in the views, then strolled by the river, before we decided it was time to rest and eat! Steve’s knee had been sore on the ride, but not the sharp pain he’d had on the Trieste ride, so it was holding up. Still, after some hard climbs, we thought we’d better not roam too far and wide and perhaps we should recover and refuel a bit with some food inside us, so off we went to find supplies.

That was the day. Some tough hill climbing, with some steep ascents and steep, lip-biting and brake holding descents, but the scenery was beautiful again…simply magic and that makes those tough climbs so worth it. Then a nice historic town to explore as a final reward. Slovenia is beautiful. I’m loving the scenery, I’m loving the villages and towns, I’m loving the people that give us a greeting or a smile as we ride past and the drivers have been fantastic and so careful and patient with us. For a little country that tends to fly under the radar, it’s delivering in spades. We’re getting a workout on the hills, but having an awesome time doing it! Another top day in the bag!

I’ll sign off with some more scenes of Ptuj from our ride-ending roam. 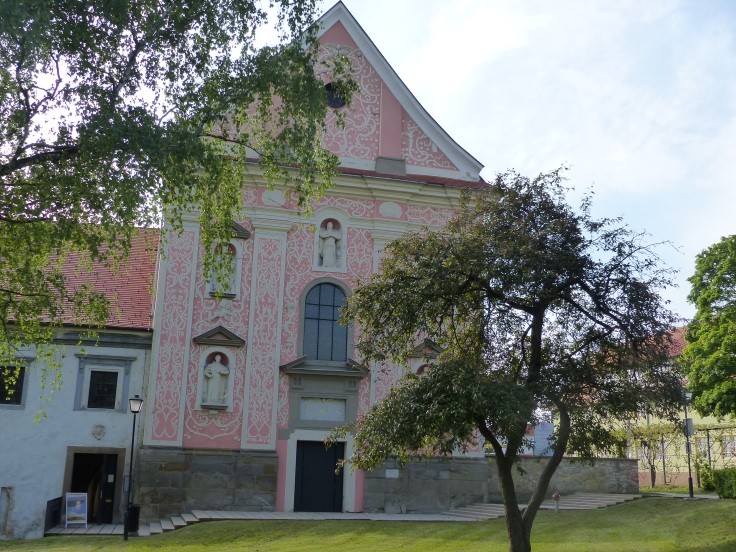 Time in the saddle: 4 hours and 44 minutes

Size of the sandwich Steve made himself at the end of the day, from an entire loaf of bread simply cut in half and filled: the same size as one of his size 15 shoes…no kidding! He still made short work of it though!