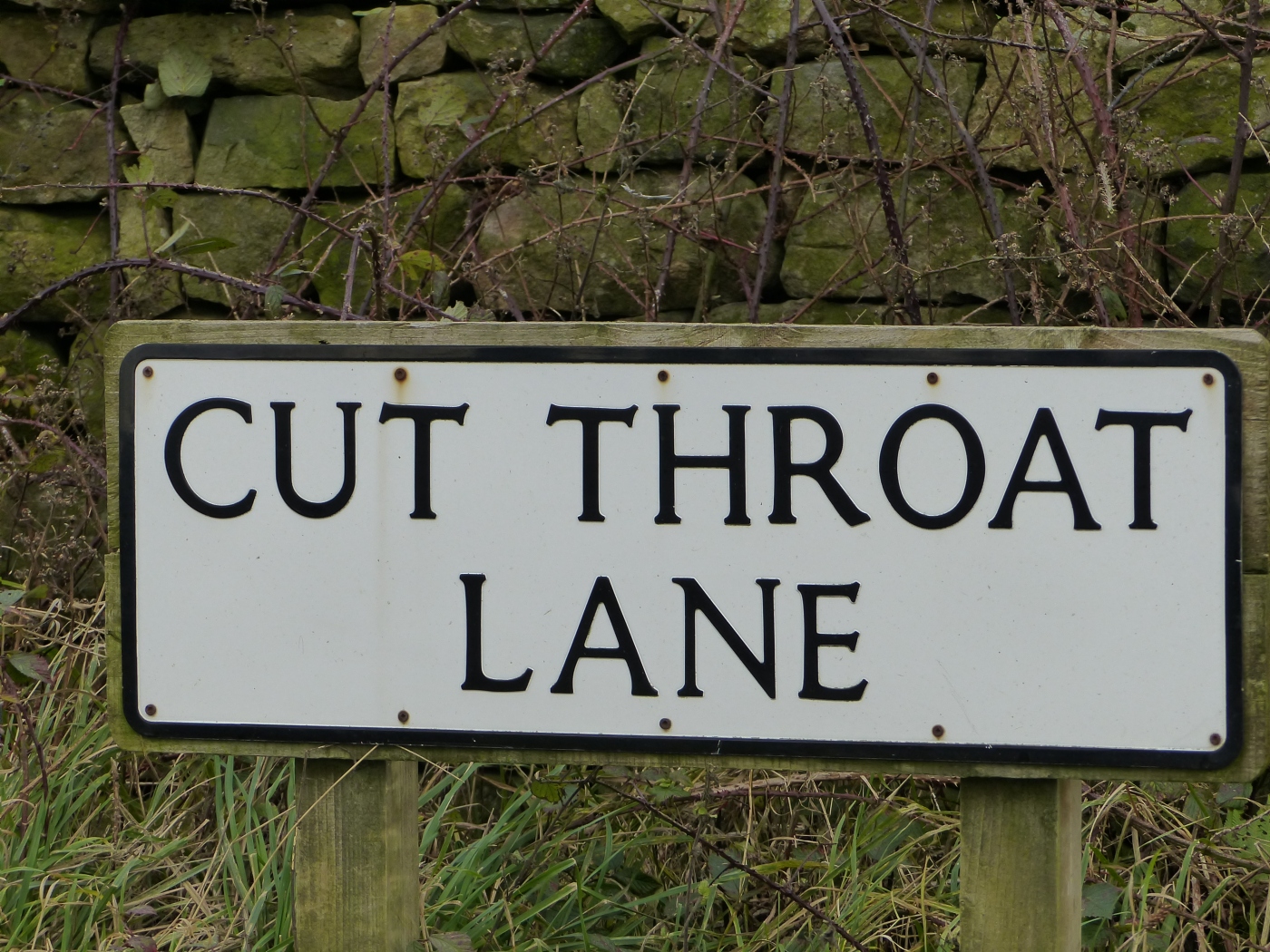 Are you sitting comfortably? Good, then I’ll begin.

The locals knew better. It was only the visitors, the passers through, the unknowing and naively trusting, who fell victim. Arthur was just passing through. A Yorkshire country lad, he was brimming with excitement and just a pinch of nerves, as he urged his steed on, towards the home of Gewndolyn, his one true love. Homely, perhaps best described Gwendolyn, with more than her fair share of dental attributes and an eyebrow that often brought on lustful looks from her pet hamster, but to Arthur, she was the moon and stars that shone brightly on his bumpkin universe. He urged on his faithful steed, for today was the day he was to meet Gwendolyn’s father and ask for his fair, or rather, mousy-brown maiden’s hand in marriage. He wiped the nervous perspiration from his face and on doing so, felt the tell-tale signs of sandpaper on his chin.

“This won’t do,” he spoke aloud to no one but Gerald, his galloping friend. “Oi can’t meet moi dear’s farther, lookin’ loik this, oi must ‘ave a shave and oi must be darn quick about it.”

With a flick of the ears, Gerald indicated that he understood such a dilemma, being well endowed in the whisker department himself.

How fortuitous it was then, that Arthur saw the sign before him, as they sped through the village.

He reined in Gerald at the door to the barber’s establishment, dismounted in a thrice and strode in. What luck, the room was empty, so no waiting and he’d be in the chair and out in a twinkling.

“Mornin’” spoke the gentleman who rose to greet him, “a foin woon it be.”

“A shave if yer could, as quick as yer can, oim in a devil of a rush.”

Arthur settled himself into the chair and relaxed as Milton began to lather his face, before taking up his instrument, the cut throat razor, preparing to rid Arthur of his stubbly growth.

Milt leaned forward, wrapping his arm around Arthur’s face, with his own face leaning over Arthur’s fine head of blonde curls, preparing to make that first stroke of the razor, up Arthur’s throat. It was then, that Milt’s hand began to tremble ever so slightly. With the razor poised below Arthur’s chin, the trembling increased, Milt’s eyes began to close with a pinched squint, his nose wrinkled and and his mouth began to gape. Arthur was none the wiser to these facial contortions and hand tremors, having closed his eyes to picture the happy event that was to be his engagement to dear Gwendolyn.

Milt’s hand wobbled, his face crinkled and then…”AHHHHHHHH CHOOOOOOOO” he let forth a sneeze with the force and propulsion of a greased musket ball. Of course, the force of the sneeze also caused Milt to lose control of his right hand, the hand that held the cut-throat razor to the throat of poor, unsuspecting Arthur. Fortunately, Arthur felt not a thing, lost so was he, in his head full of bliss and romantic notions.

The locals knew better than to have Milton see to their head or facial hair needs. They knew, you see, of Milt’s allergy to hair. Who would have thought a barber would be allergic to hair. Or rather, what person with an allergy to tresses and follicles, chooses such a profession? Poor Milt only did it to please his Pa and Grandpa and Great Grandpa, the generations who had barbered before him. He felt obligated to take over the family business you see. He was a nice man, Milton. A loyal, family loving gent, who sought to do right by his Pa. Shame about that allergy though. The locals knew. It was only the visitors, the passers through, the unknowing and naively trusting, who were unaware of the cruel affliction suffered by Milton Thackery, Barber to the Common Man. It was for this reason, that the lane on which the Barber Shop stood, was renamed to warn all those passing through, of the fate that awaited those who felt like a shave at the hands of their sneeze suffering barber.

That was, of course, a load of complete tosh and I just made it up! It could have happened that way though! Who knows the stories behind these road signs!?

We took to the road for an outing through the countryside, and what beautiful countryside it was too. More rolling green hills, set against that moody grey sky and those stunning, skeletal trees.

Neighbourhood watch was in action. We were being watched, when we paused to take in the view. As I looked out at the landscape through my lens, I became acutely aware of the eyes upon me.

I thought I heard words pass between the onlookers.

“Roit y’are Gerry, but oim watchin’ ‘em. They look a roight pair a scoundrels if y’ask me.”

We decided to pop into a tea room for an Arvo stop and joined the locals in the warm interior, for a cuppa, before taking a stroll around the village. 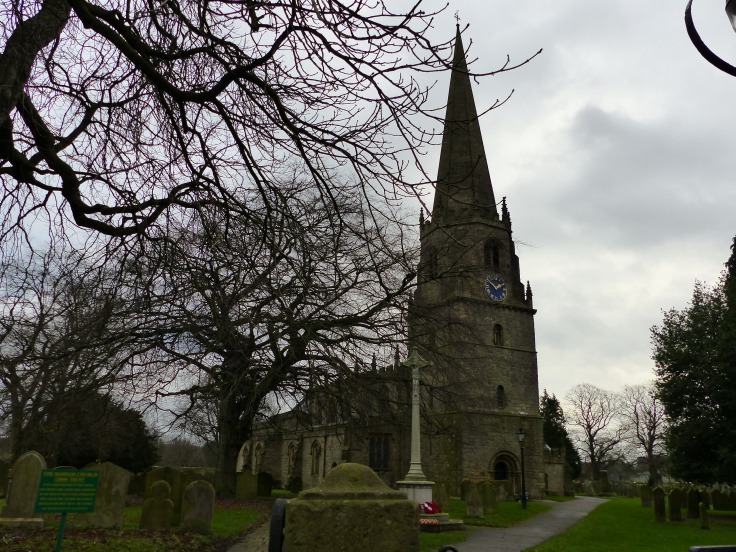 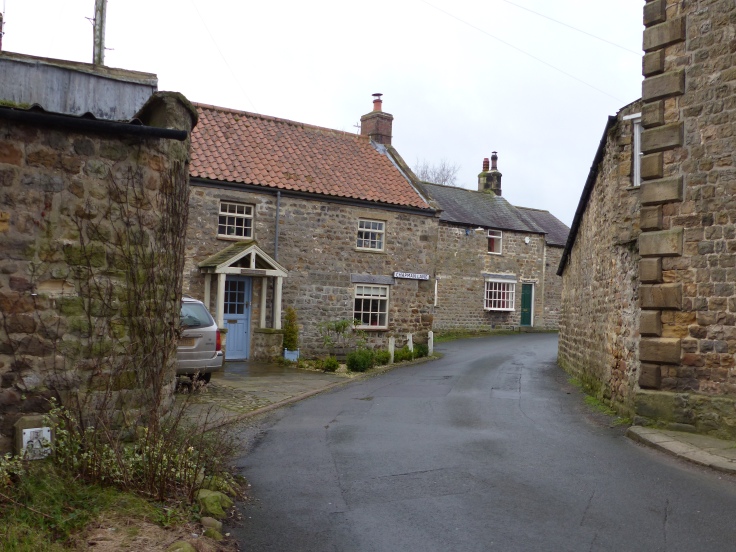 On we rolled, past the rolling fields again, until we returned to charming Harrogate, as the light again began to fade at its earliest convenience. We’ll move on tomorrow, having collected some more glorious scenes in our mind’s eye and I’m sure our onward travels will see us collect many more. We’ll just be mindful of those road signs and what they might be telling us…they all have a story to tell!