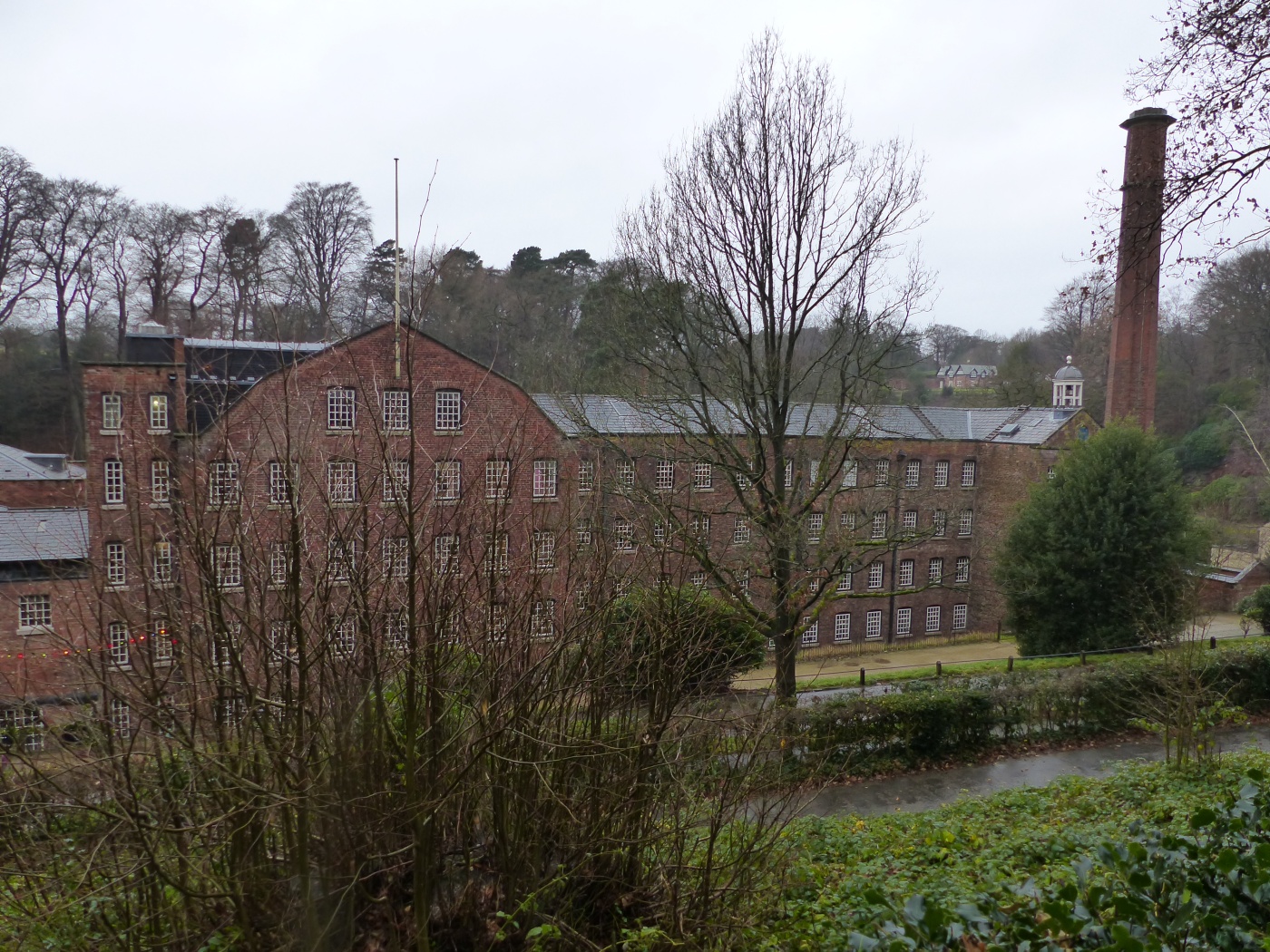 A Sat’dee visit t’ t’mill to make sure everythin’ was runnin’ smoothly.

Quarry Bank Mill look’t grand even if the rain were pourin’t down. She’s bin standin’ ‘ere, meckin’ our cotton since 1783 and she’s still standin’ strong and still doin’ ‘er work. 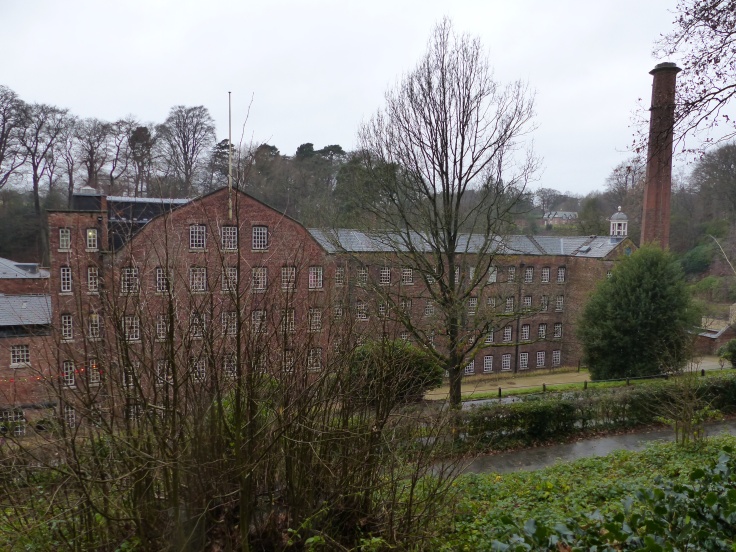 The machinery an’t looms were runnin’ and’t noise were deafenin’ as it should be. 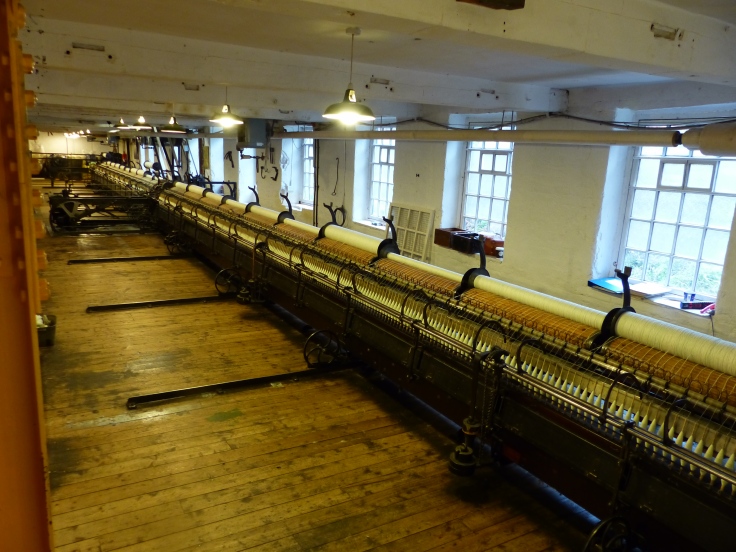 The workers were all ‘ard at it. Up to 1820, ‘arf the workers ‘ere were children, but today even the older folks were workin’ ‘ard, gettin’ t’cotton woven. 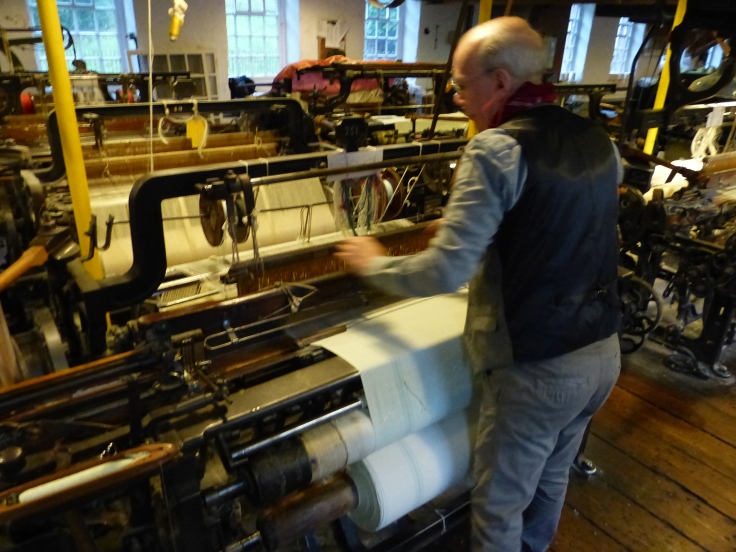 They was workin’ their hours an’t not teckin’ a minute longer fer their breaks, so production were on’t schedule.

The children coom to us frem the work’ouse or the poorer families and work fer us six days a week, fer thirteen hours a day and we gives ‘em their board and food. Some of ‘em runs away, like them two ten year old gels wot runned away in 1836, but we’s soon caught ’em an’t set the punishment that stops ‘em tryin’ agen. Bein’ locked in a room fer a week, all boarded up and not much light, ought t’mek ‘em think agen. I’s recall young Thomas Priestley in 1806 too, ‘e tried t’escape, but we soon caught ‘im. ‘e ‘ad an accident in’t mill and lost a finger, but that were no reason t’want to run ‘ome to ‘is mother, like ‘e said. I remember ‘im sayin’ “I had no reason to be dissatisfied with my situation, but during my illness, I thought of my mother and wanted to see her.” Well, we poot a stop t’that.

The doctor’s still seein’ soom o’ the workers fer their maladies, but at least we ‘ave a factory doctor, what can sees to ‘em straight away. The eye problems are common, what wi’ all the cotton dust, but the drops o’ lead and water the doctor gives ‘em ought’t see ‘em right.

There were lots o’visitors t’day, despite the wet.  Wi’ National Trust now in’t charge, it were all doon oop fer Christmas an’t folks were ‘avin’ a grand time. They even poot on a dancin’ display fer ‘em and the fiddlers ’n t’feet were settin’ a crackin’ pace. 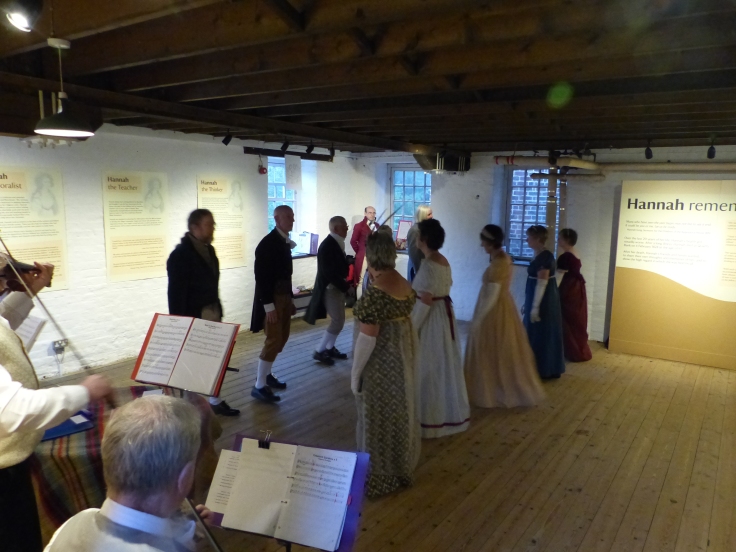 I did spy a strange visitor, the likes o’which I’ve never seen. It look’t like she ‘ad all ‘er clothes piled on’t top o’ one another all at t’same time. I were all set to turn the dogs on’t to ‘er, when she appeared to waddle orf of ‘er own accord. A strange’n that ‘en. 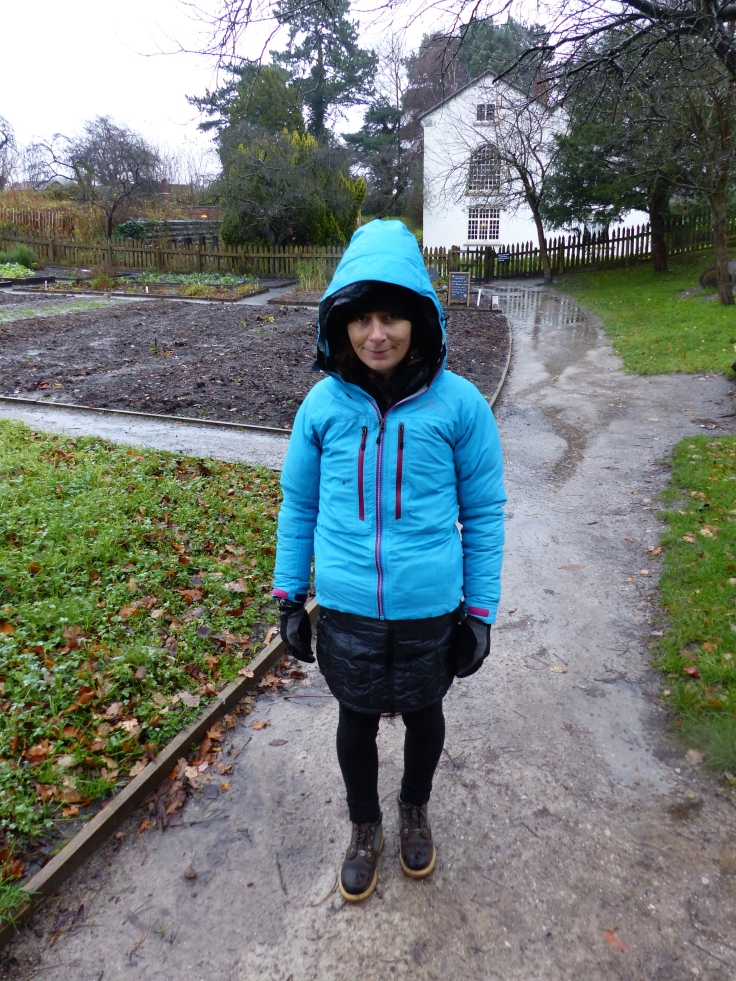 Wi’ the rain fairly pourin’ down all’t day, there were not much else t’do after Mill visit an’t inspection, but go ‘ome and ‘ave a brew. ‘Ope it stops rainin’ t’morra, fer the day’s travelin’ what’s planned. Still, the rain don’t matter s’much, it were a grand day all’t same. A grand ‘en.

2 thoughts on “Thar’s No Trooble At T’Mill”