Our first full day in London. It started with another bike ride in the busy London traffic, so nothing like a sizeable dose of adrenalin to start the day! The only bike storage we were offered at our hotel was an outdoor, public bike rack, some distance from the hotel and with bike racks that themselves, were not even secured to the ground. We naturally felt a little uneasy about leaving our precious bikes in such a location, so Steve’s cousin Shaun, who we had caught up with a few months ago in France, kindly offered to store them in his London flat. We rode through the morning traffic, found Shaun’s digs, left the bikes and then spent the day with Shaun, roaming London. Despite living here for five years, Shaun hadn’t had time to see a lot of the major landmarks, so we were three Tassie tourists, on the streets of London, taking the tube or toddling around the town.

We took the tube to Piccadilly, saw Piccadilly Circus and Trafalgar Square, then just roamed the streets and had a very leisurely stroll.

Our strolling took us along many of the Monopoly streets, such as Pall Mall, Strand and Bow Street. We passed by the Liberty building, a department store that has been on the site since 1875. I was interested to hear a notable fact offered by Shaun. The building was also home to his “beard barber”. Yes, a beard barber! I was not aware there was such a profession as a barber who specialised in beards! It is so. Shaun said people pay as much as £80 for a trim and shaping of their beard. I had never heard of such a thing!

After starting our roam under grey skies, the sun began to shine and we headed for Tower Bridge, where we strolled past the historic buildings and then walked across the bridge to the south side of the river. 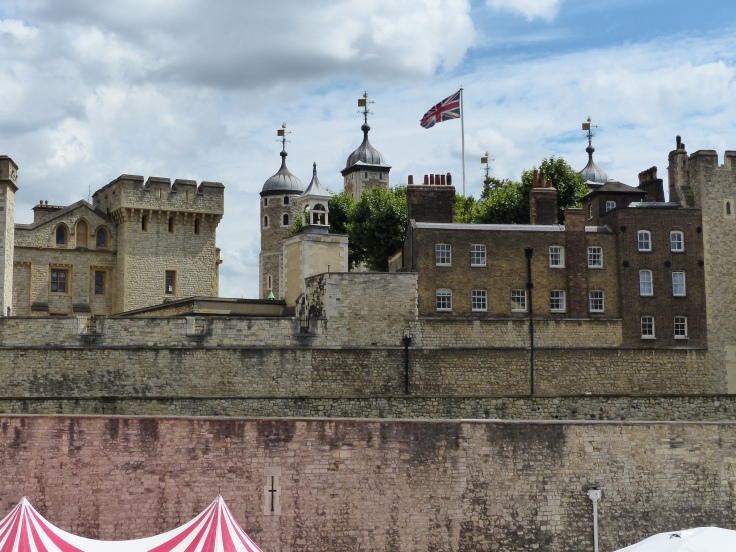 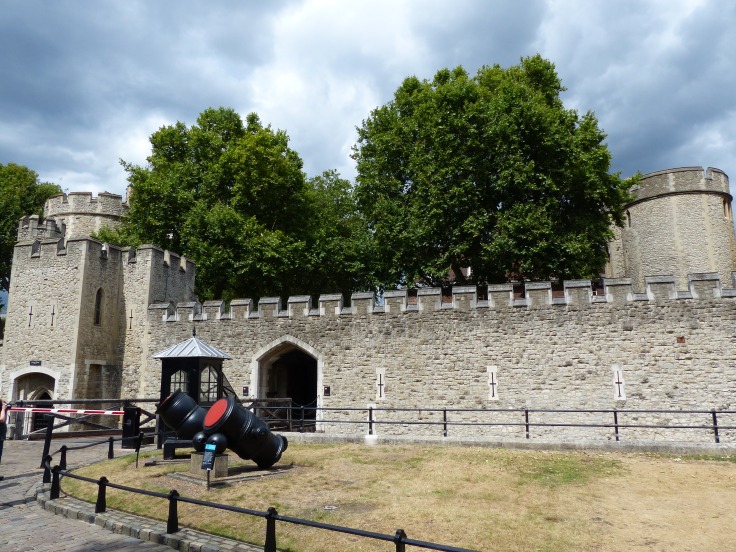 Time for lunch, so off we went to Borough Market, a food market where the many and varied stalls were bound to provide choice for the eclectic tastes of a vegan, a chef and an omni. It was a terrific place and the aromas hit the nasal passages as soon as we entered the tunnel that took us into the market. The stalls were a mixture of produce, bakeries, locally made goods and food vendors. We walked the stalls to find something that suited each of us, then divided and conquered the fabulous food on offer, finally emerging with tasty morsels that included a burger, dumplings, wraps and my delicious veggie lunch. I found The Veggie Table, who provided me with a delicious chickpea and sweet potato burger and a mixture of raw vegetable salad, organic barley and vegetable salad and potato salad. It’s always so good to find light, fresh food, that fills a hole in the belly without leaving the belly feeling ‘blah’. I also found a small bakery stall that had a few vegan offerings, so I topped off my awesome lunch with a small vegan blueberry muffin. Sorted!

Happily fed, we continued our roam along South Bank, where Steve and I had ridden through with the bikes yesterday. The crowds were in full throng, and we dodged and weaved as we joined their ranks. We were able to see Tower Bridge in action as it rose to allow a passing boat through and had a great view of The City, in all its modern glory as the economic hub of London. 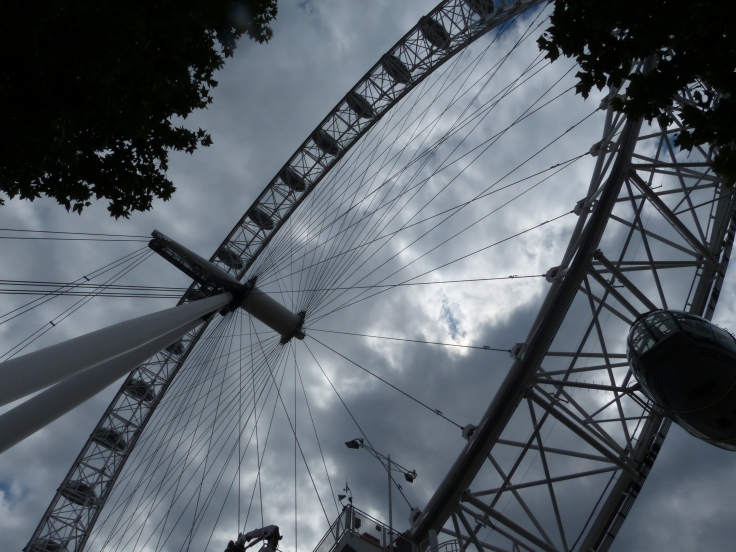 Having been to Stratford, we had wanted to see The Globe Theatre while we were here, so we strolled past this historic building too. We hope to have time in our busy tourism schedule to see a Shakespeare play there too.

“I need a park with open space to get away from the crowds for a while,” came Steve’s words, as we were navigating our way over a pedestrian packed Westminster Bridge. St. James Park beckoned. We found a bench by the pond, rested our roaming feet and happily chatted, while we allowed our city fatigue to diminish. With it now reaching early evening and a full day of roaming in our feet, we said goodbye to Shaun, who had been a fabulous guide, navigator and host for the day.

As Steve and I wandered back towards the Underground, we popped by Downing Street, to say another g’day from afar to the PM. We also strolled through the Horse Guards parade ground where the Trooping of the Colour takes place each year, before heading for the tube.

In the tube we joined our fellow sardines, to cosy up elbow to elbow, or in my case, given my statuesque size, face to armpit, as we stood in the train and rocked and rolled our way through the underground, back to our borough. I actually really enjoy riding the train networks of the various cities I’ve been. I’ve squeezed myself into contortionist sized spaces on trains in Beijing, we’ve crammed ourselves into the New York Subway and pushed and nudged our way onto trains in the Paris underground. London was another sardine can that I enjoyed experiencing. I like standing on the train and rocking and rolling along (very good core exercise, as I tense every muscle to prevent myself from falling into the armpit beside me) and I love people-watching and seeing the varied travellers that get on and off and share the space in our speeding tin can. It’s good fun!

Today was our fact finding mission day. We roamed around, getting our bearings and seeing some of the iconic places and landmarks. We have a few places on our list of things to do, such as museums, parks and theatres, but we intend to just flow with things and fill up our days with a mixture of classic tourism, less touristy things and mingling with the locals doing local things. It was a good day, to see the city, catch up with Shaun and get to know London at a very leisurely pace, despite the fast pace of things around us. We may have to plan some indoor activities tomorrow, given the severe weather warnings that have been issued by the Met Office (we are in town, so of course our superpowers of bringing dodgy weather with us are bound to kick into action!). Not to worry though, we have much on our plate and our days can be full, no matter what the skies and our superpowers decide to do. London is our oyster and we will go in search of the pearls!