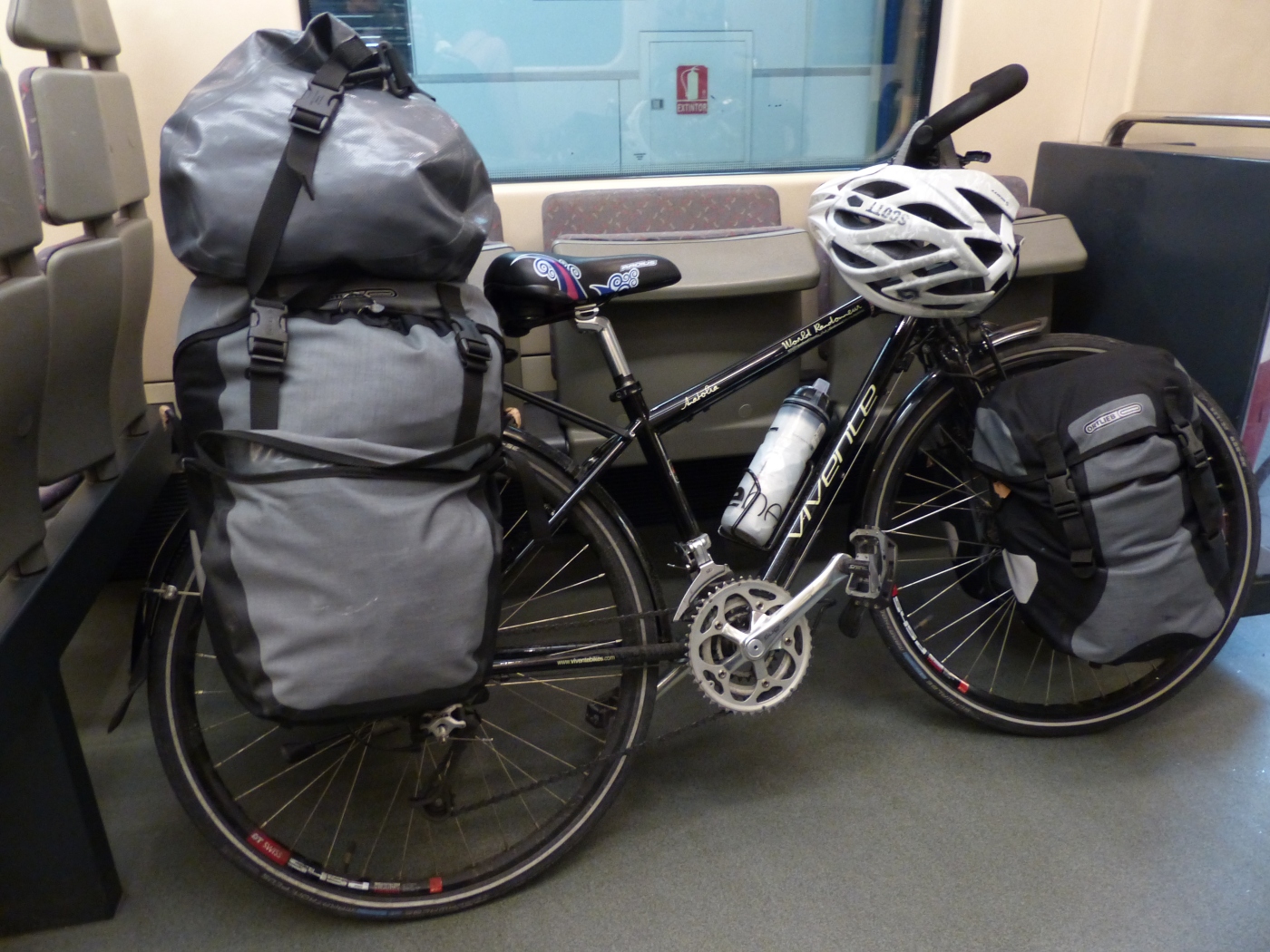 Why can’t we get a break? Why can’t the plans that we plan just go to plan? Why do the travel gremlins have to continually conspire against us? Today should have been an easy day and it turned out to be one of the worst.

We’d planned to take the 11:15  train from Barcelona to Cerbere in France, where we would change trains to take us onto our stop at Perpignan, where we’d booked some accommodation for the night. We got up early and packed up and found that we were organised pretty quickly, so decided we might as well head for the train station and see if we could make the 9:15 train instead (this proved to be a very very good decision!). The first challenge was getting the bikes from our third floor apartment, down to the ground floor, since they could only fit in the small elevator if we took a bike, unloaded, one at a time and stood it up on its back wheel and held it there. We opted to try and walk the bikes down the three flights of stairs, which we managed to do, but I struggled to hold the weight, with gravity wanting to send the bike and its load hurtling down the stairs. We did it though and pedalled out into the early morning traffic and boy was there traffic! I marvelled at the people on bikes in the thick of it, weaving and pedalling in amongst the fast moving cars. We weren’t that brave, so we stuck to the cycle path and even that was busy enough with peak hour pedalling people. We got to the ticket desk at the train station with 10 minutes to spare, bought the tickets and then headed down to the platform. There came another challenge for me of holding the weight of the bike on the escalator steps, when it wanted to go wheeling down to the ground.

My fears about getting the bikes on the train were unfounded because it stopped for about 10 minutes at the station, so we could haul the bikes up, find a space in the carriage to lean them and then settle in for the three hour journey.

It was a nice enough trip, with some scenery and snow covered mountains. At one stage we were joined by a school group on an outing and the kids were boisterous and excited and made for an entertaining distraction. One little chap sat beside us and after checking us out for a while, said, “Espanol?” We said, “No Espanol. English.” The look on his face! It was like Ooooooh, as if that was such a novelty! He immediately sprang up and began talking excitedly to one of the teachers and looking back at us. Then he saw me with my iPhone and said, “What’s the time?”, with such great articulation in English! Steve held up his phone to show him the time, then the little chap went back to his teacher and said something, then came back to us and said, “Thank you very much.” So he was obviously asking what the English translation was for the things he wanted to say, so considering he was speaking it second hand, his English was about the best we’d heard in Spain! When the kids got off the train he said to us, “Bye-bye, see you,” he was such a boisterous and smiley and bouncy and thoroughly likeable little chap!

We got through to Cerbere (which we were pleased about because our ticket was actually only for Portbou, which was the final stop on the Spanish side of the border), got the bikes off the train, presented our passports to the very unsmiley and unfriendly looking police on the platform and headed into the small, regional train station. It was 12:00 midday. It was very quiet considering the timetable showed the train left for Perpignan at 12:35, which was the one we intended to take. There were electronic signs up, saying the next departure was at 2:00. Darn, oh well, it just meant a bit of a wait. I went for a wander outside and was immediately struck by the force of the wind. It was blowing a gale and propelled me forward at a run, whether I liked it or not. It was really blowing. When I got back into the station, Steve asked if we wanted to wait until 2:00 or ride the 45km to Perpignan. I said we wouldn’t want to be on the bikes in that wind, so we might as well wait it out. We both saw some notices that had been posted in red writing with a big ATTENCION on them and we saw today’s date. Something was obviously happening today, hence the change to the train schedule. Another traveller was asking a station employee what was happening and it turned out, there would be no trains leaving for Perpignan and the 2:00 departure was to take people there by bus. “We’re riding,” said Steve. We didn’t have a choice. So it turned out that the railway workers decided to go on strike on one day, today, March 27, the one day we arrive and want to travel by train, no other day, just our day. There began a horrible day. Just a horrible, horrible day.

We set out into the wind for the 45km ride, a distance that ordinarily wouldn’t be a problem, it’s an easy distance to do in about 2 1/2 hours. Today though the conditions were atrocious. I can’t really describe what the wind was like, it was so bad. I’ll try and give a bit of a summary of what the ride was like…

We headed out of Cerbere and had hills again, many many long hills to climb, into a full force headwind gale.

Twice my bike was blown over, while I was still on it. I mean actually crashed onto its side while I was riding it, the wind was that strong. I have the bruises to show for it.

The wind was blowing full force into our face and then really sudden, unbelievably strong cross winds would strike and they would just blow me over, quite literally. I am very sore as a result.

As we climbed up the hills, with the wind blowing into us, I would be pedalling with every ounce of strength I had and then the wind would throw me into the concrete barrier on the side of the road. I mean actually ram me into the concrete barrier. That would obviously stop my pedalling and I’d have to get off and push the bike up the hill, into the wind, hauling the weight and the load, while holding onto the brakes, because the wind kept grabbing the bike and trying to throw it away from me.

The road was narrow and there was no shoulder, so the cars were travelling right beside us. When I could get back onto the bike and pedal, the wind would throw me, full-force into the middle of the road. The drivers, thankfully were able to avoid me, but one time, I was almost under the wheels of a car, it was only the good brakes of the car and the good reflexes of the driver that stopped that happening. It’s hard to describe just how awful the conditions were and just how strong the wind was. It was like nothing I’d ever experienced in its force, strength and ferocity. I had no control over the bike at all. I was completely and utterly at the mercy of the wind and I was scared. I couldn’t predict what it would do, I couldn’t stop it pushing me over, or crashing me into things, or pushing me into the road. I was in its grasp, it was the master and I was nothing but the puppet on a string, moving at its whim and completely under its control. I could no nothing.

At one stage we were going down a hill and I was in low gear and pedalling hard…downhill. Yes…DOWNHILL! That’s how strong the wind was. I couldn’t even free-wheel down a hill because the head wind was so strong and pushing against me with such force, that I had to use low gears and keep pedalling, just to keep the bike moving down hill.

We eventually got to some flat roads and the wind again, was tossing me this way and that and blowing like nothing I can describe. I could only ride with my hands on the brakes, so I was ready to pull the brakes on, if I was thrown too violently. The brakes saved me many times from being pushed in front of a car, being pushed into a road side ditch and pushed off gutters. For a third time though, it pushed the bike over, with me riding it. CRASH, onto its side, with me on it. Just a full force, gale of a cross-wind that struck with such force, that the bike and me on it, went to the ground. Steve was way out in front, a mere speck in the distance and I was left way behind, exhausted and battling.

Ordinarily, a 45km ride would take about 2 1/2 hours, going easy. Today after 2 1/2 hours, we’d ridden 16km, going very very hard, with every grain of strength being drained from the soul.

I did tell myself it could have been worse…it could have been raining. It could have been worse, we could have caught our original train and had to do this two hours later in the day. Yes, it could have been worse, but it was bad. It was horrible. It was just a horrible, horrible ride. It wasn’t helped by the fact that we kept coming across those @#!*$# signs again, the ones that bar us from going on certain stretches of road, so we had to keep turning around and going back or taking a longer route, which was adding kms and time to this already horrific ride. I just wanted it to be over. Please just make it be over. I was battered, exhausted and at the absolute limit of endurance. I really felt for my little bike, after a week’s rest, it took a real hammering today, a real hammering and I could do nothing to prevent it. I couldn’t help my little bike, I couldn’t stop it being crashed to the ground or rocked and knocked around. There was nothing I could do. The wind was the master and we were just the toys being tossed and flicked around on a whim.

We finally made it to Perpignan. We should have arrived about 1:30 and instead we arrived at 6:30 and 50km later. We found our hotel, which is cheap and cheerful, with a very very nice and friendly front desk man, who stored our bikes for us. I’ve been able to have a hot shower, nurse my battered and bruised self and have a hot cup of tea. Tomorrow is supposed to be…if it’s possible…even windier than today. We don’t have plans for tomorrow yet.

Oh, today we also marked another milestone. We ticked over our 1000th kilometre. We didn’t feel much like stopping to celebrate or give the milestone its due, because the conditions were too awful. We couldn’t take a joint photo of the event either because the wind would blow the camera over. 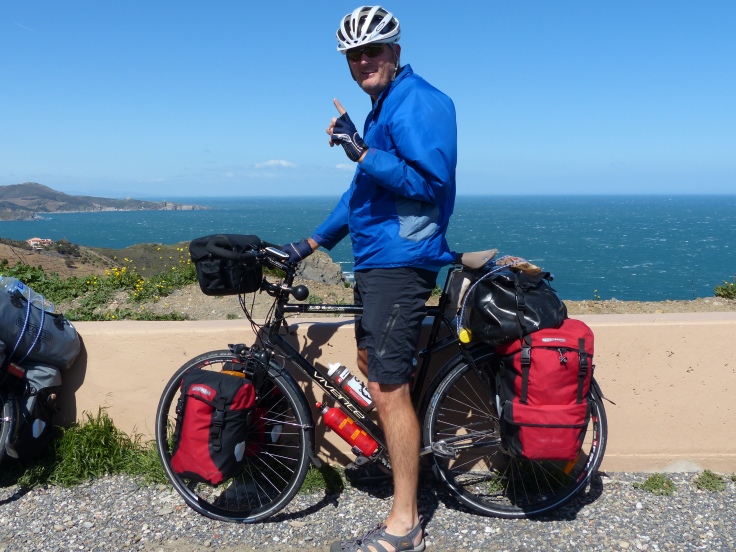 I’m including some photos here of things along the way, only because Steve stopped to take some. Personally, I wasn’t paying any attention to the scenery, I was 100% focussed on self-preservation. 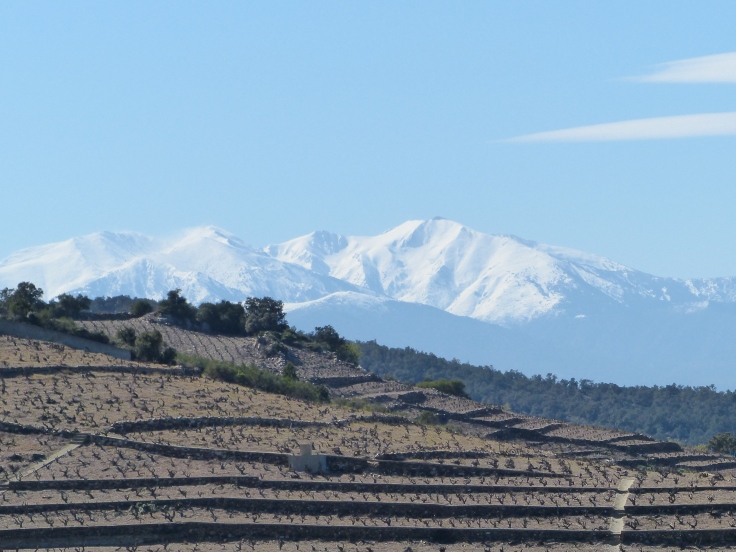 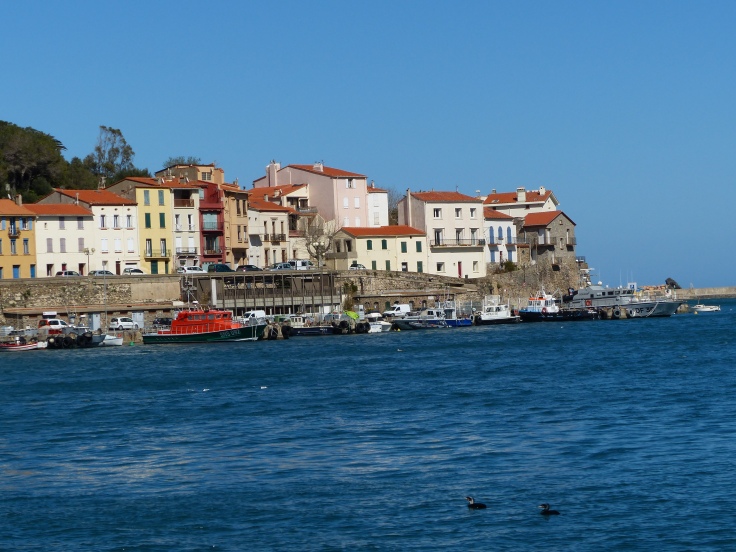 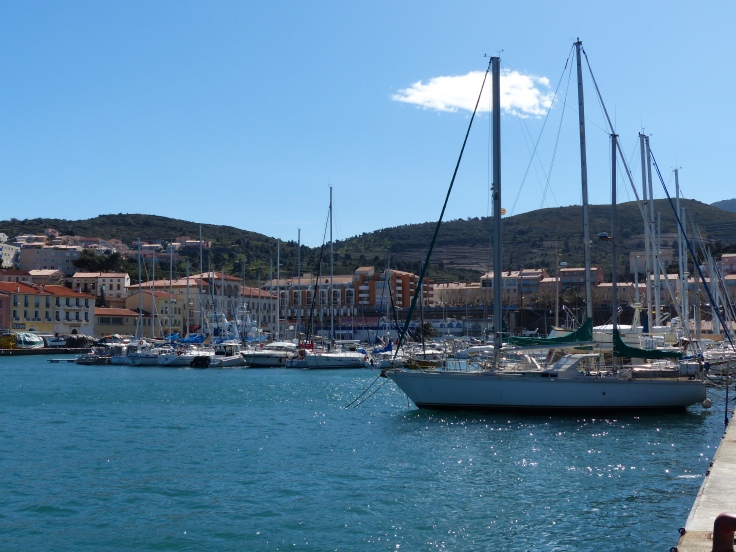 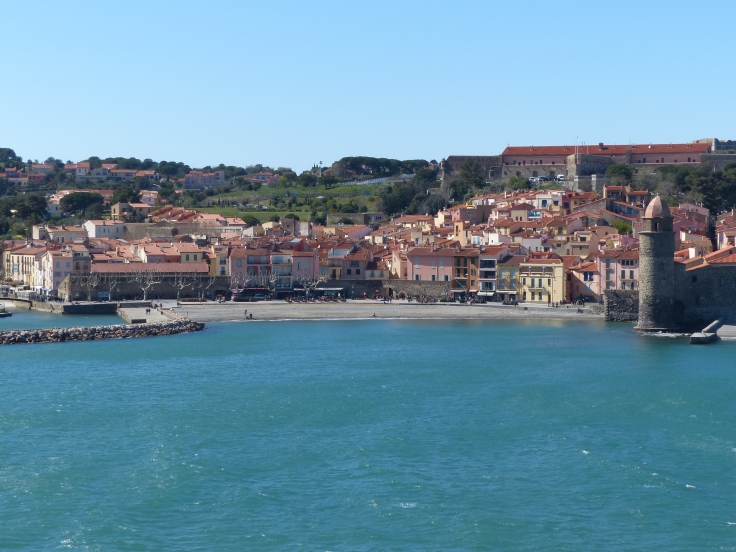 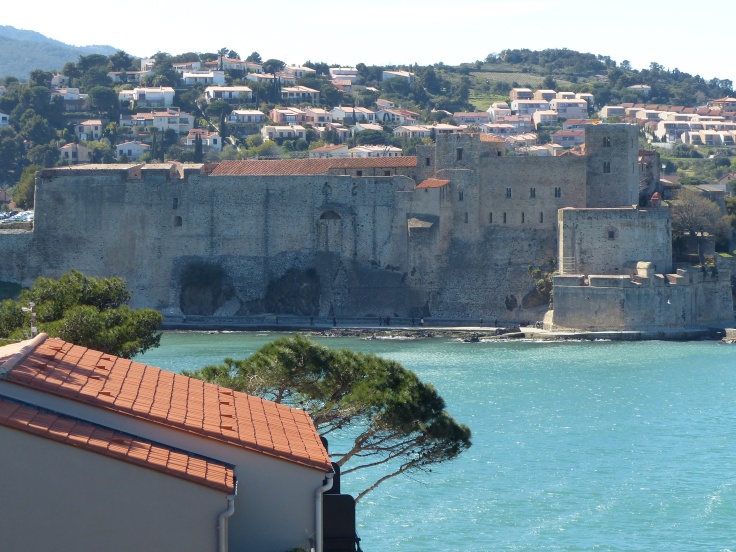 6 thoughts on “Battered and Bruised”