Aaah, a clear morning sky, what a wonderful Wednesday wake-up. Up I jumped and out I sprung, into the early morning light, to put in a pre-ride run around the resort. A map had been provided of running routes around the grounds, so I set off to follow one of these, which took me along narrow, tree lined tracks, over gates and along the edge of the golf course. It ended up being as much a cross-country run as my usual road run and being alongside the golf course, I’m glad I was trotting along in the early hours. I don’t think I would have liked to run that way at any other time of day, because I had visions of being sconed by a wayward white ball, as I ran past the tees and bunkers. No one was out on the course at that time though, so I ran without fear of being donked on the noggin.

Despite attempting to enter quietly, my return to the room forced Steve to cease his slumber and rise to smell the coffee. After a go-slow morning, with only another short ride planned, we packed up our scruffy panniers in our posh room and loaded our trusty bikes, which did not feel inferior or self conscious at all among the sleek four-wheeled motors around them. Off we pedalled into the sunshine and it wasn’t long before our temperature gauges were showing 22C! You little beauty! A 10C rise since yesterday. Joy!

We toddled along, up some hills and along some back roads and wheeled into the small town of Tiptree, home to the famous jam factory. The wafting aromas of bubbling marmalade greeted us as we pedalled up the main street. It was almost time for elevenses, so it seemed as good a place as any to enjoy yet another tearoom, as we make the most of our final days in England. We walked the bikes through to the Tiptree Factory tearoom, where we stopped to try and find a suitable location to leave the bikes. We saw a member of staff walking across the car park and asked if we could rest the bikes against the railings there, which we’d been reluctant to do, since there was a closed gate with a “Staff Only” sign.

“Of course you can,” came her cheery reply, “just come through the gate and put them over there.” Oh, I do so love the friendly and helpful people here! We happily left the bikes in the space in the staff car park and went inside to enjoy some Tiptree elevenses.

We had a perfect spot outside in the sun and tucked into our toast and strawberry jam, which was accompanied by only one wasp today, so it was a most pleasant experience all around. As we walked out, we had a stroll around the factory museum, displaying the Tiptree story, original equipment and timeline through to the present day operation. We also discovered that the factory was used as the setting for the episode of Midsomer Murders, Sauce for the Goose, where it doubled as Plummers relish factory. It was an interesting, short stop in our day’s ride.

On we pedalled, through the countryside and along those quiet back roads again, with nice cottages and peaceful streets. It’s so wonderful, that we are experiencing these gorgeous scenes to leave us with such magic memories before our departure. 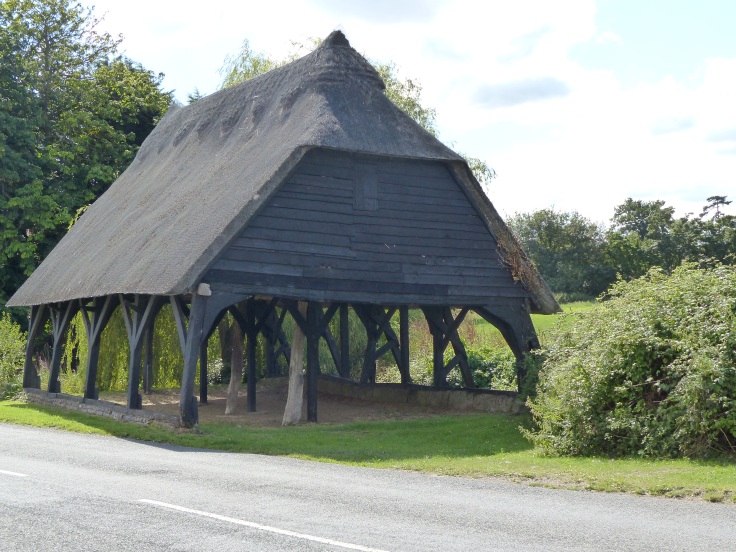 We had planned to have a look around Colchester, before making our final push towards Harwich and our ferry. There were no campsite options in the vicinity of Colchester, but we found a hotel in Marks Tey, a very, very small village outside Colchester, which would be our pitstop for the day. We arrived three hours early for check-in, but the nice people at reception welcomed our early arrival and we again have a room large enough to accommodate the bikes.

After settling in, we wandered up the street to find some lunch and then enjoyed a leisurely bite to eat in our room. Tomorrow we’ll take the bus or the train into Colchester and do some exploring and roaming, in the town that is the oldest in England.

It was another top day. A short ride, but a sunny one, with a nice morning run as a starter, then a pleasant elevenses and a leisurely pedal along the quiet roads. I uttered more “Beautiful” and “Lovely” statements along the way, as we were again presented with the splendours of the Essex countryside. The bikes sure do give us the perfect way to enjoy it, the pace, the open space, it’s just a super way to experience the wonders of this country. The power of the pedal…the wonders of two wheels… Splendid. Grand.Topping. Smashing. Love it!

I’ll sign off with some more pictures from our collection of British pub signs. 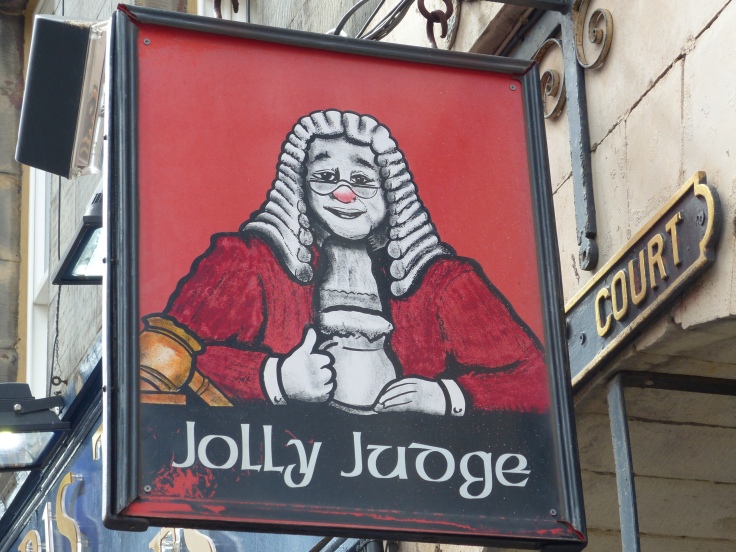 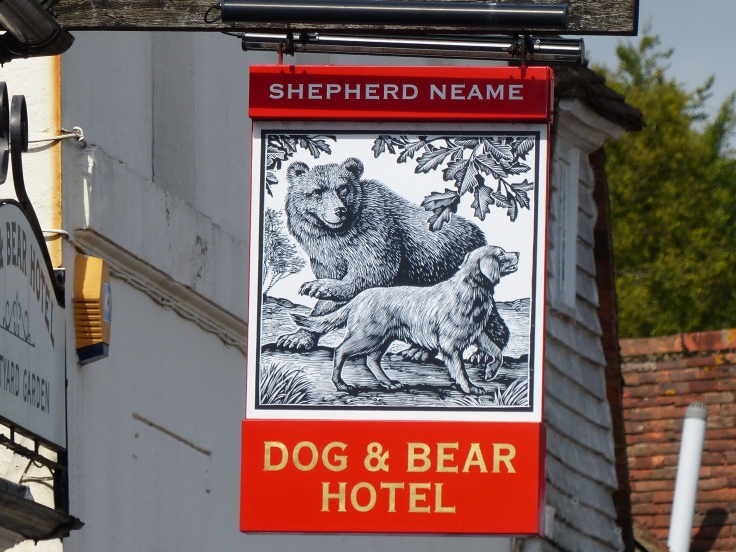 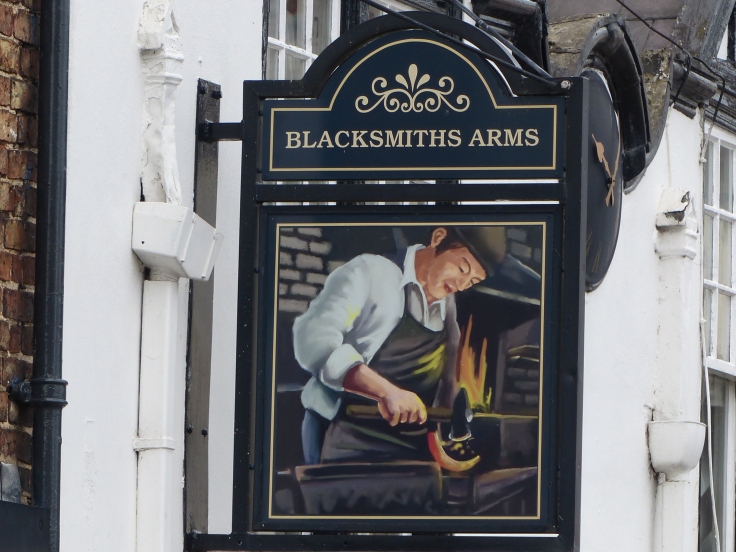 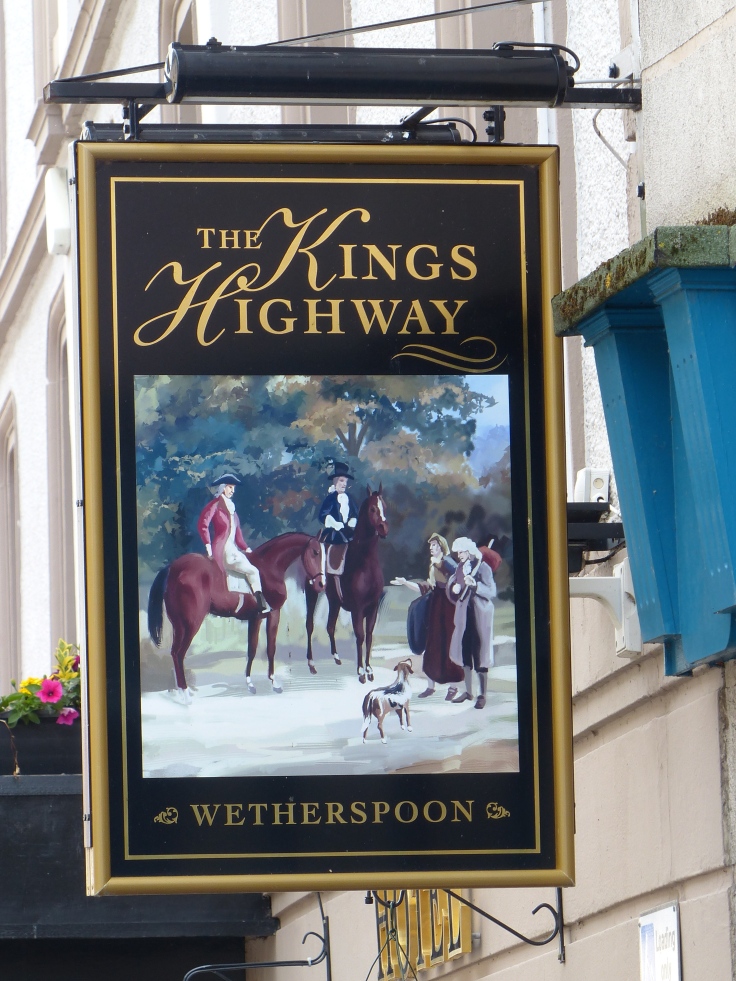 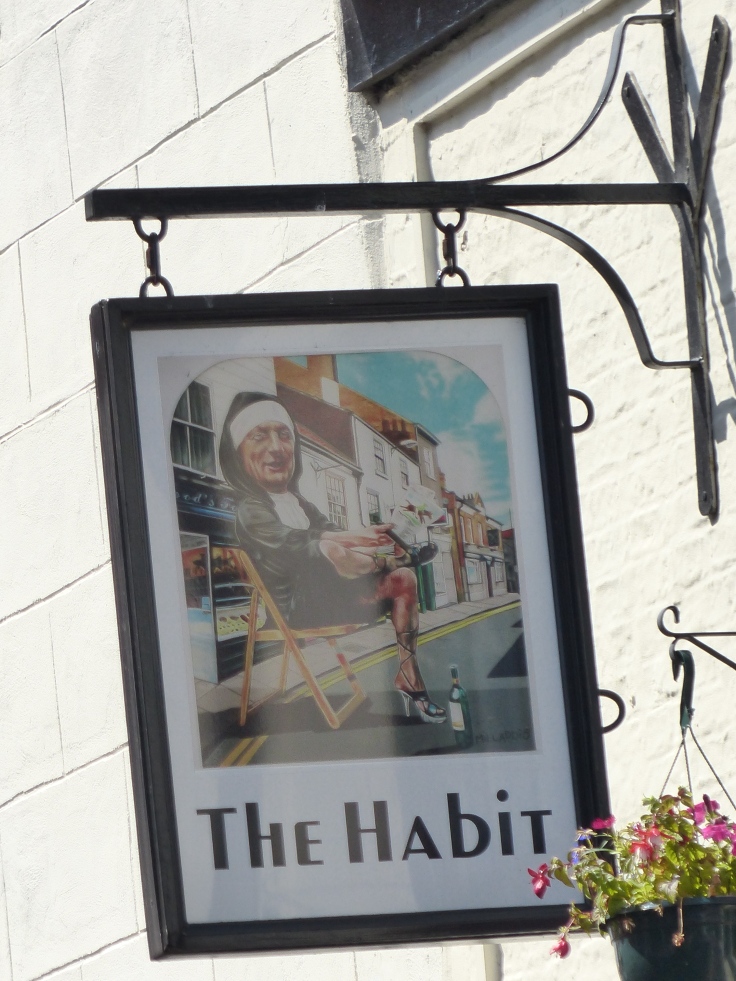 And a personal fave… 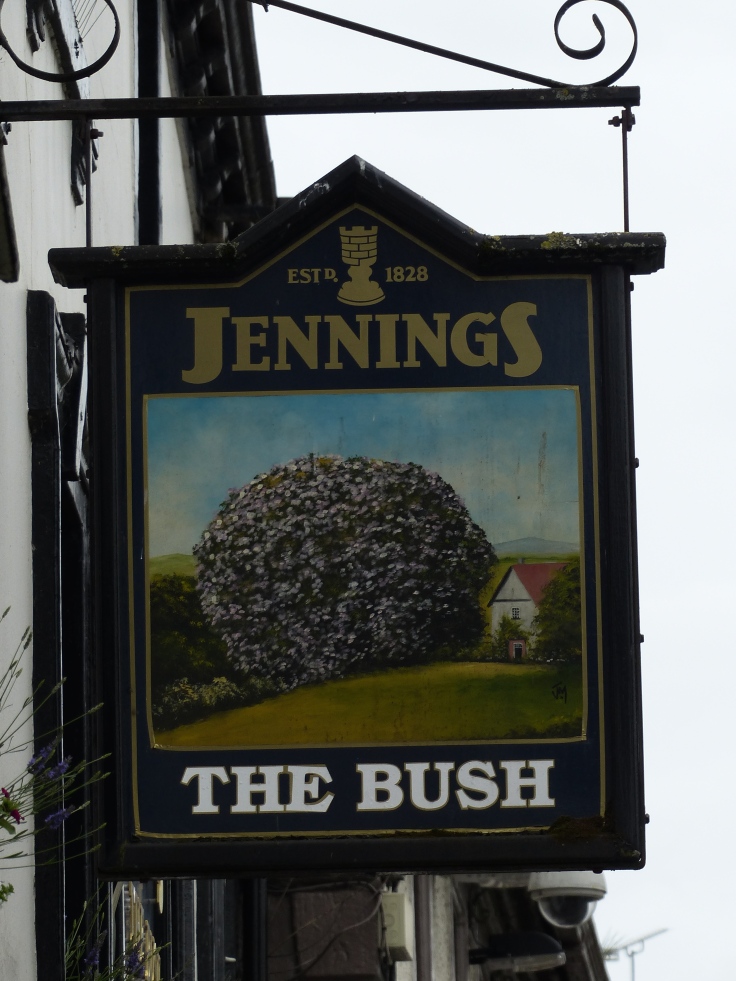 2 thoughts on “Jam and a Jolly Jaunt”