OK, enough of the TV references now, time to get some history and culture back into my system. Oh, before I do, I’ll just give a brief weather report, since that seems to have been such an ongoing part of this blog. The report for the day is…sunshine! Yes indeedy-do…SUNSHINE! Shining of the sun…all day! ALL day!!! How splendidly brilliant! 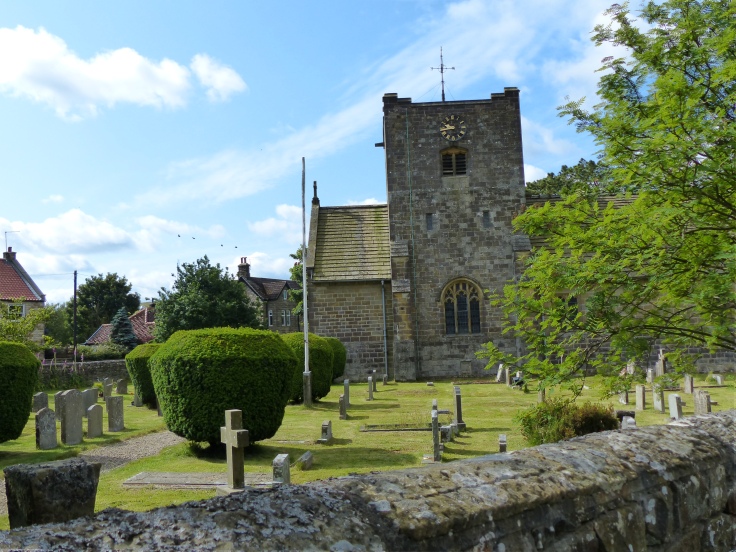 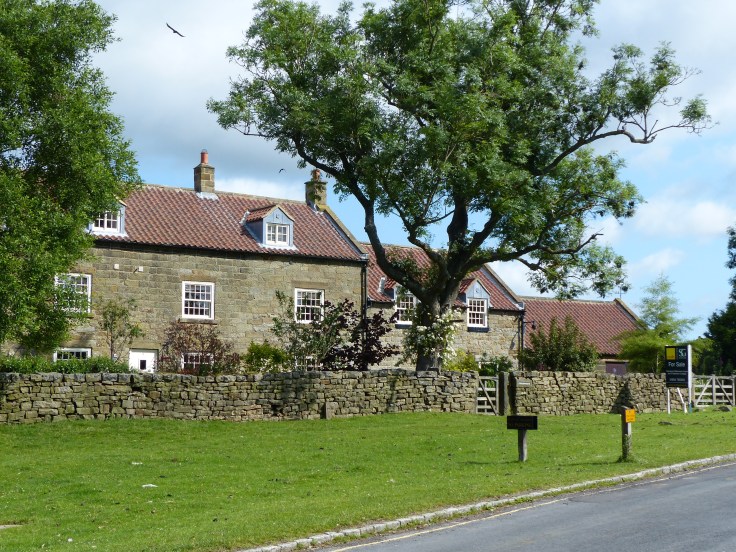 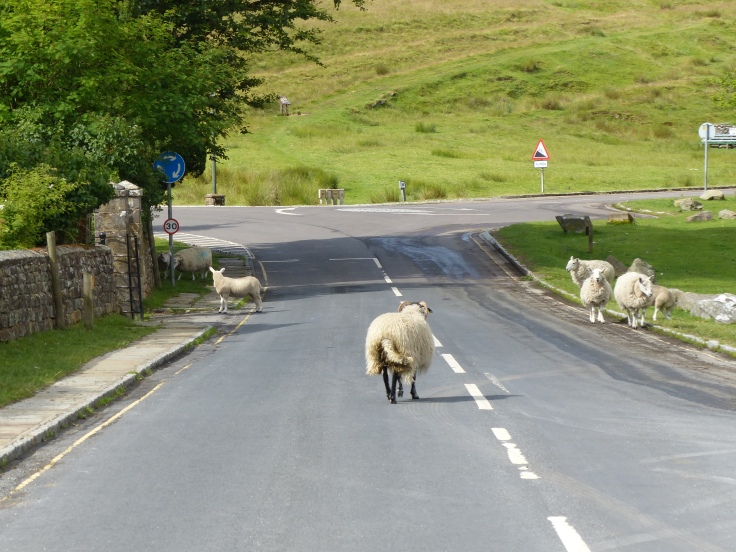 With the sun shining brightly, the sheep trotting sprightly and our course set rightly, we set off from the village of Goathsland, aka Aidensfield and once again travelled through the glorious vistas of the Yorkshire moors. 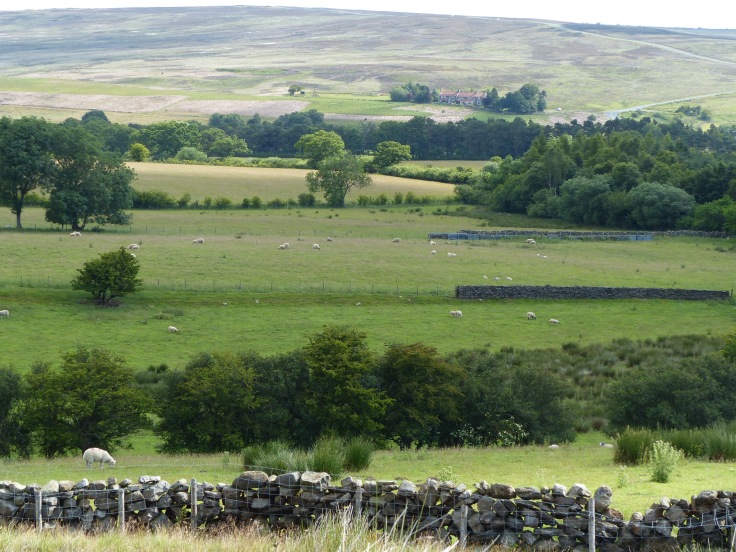 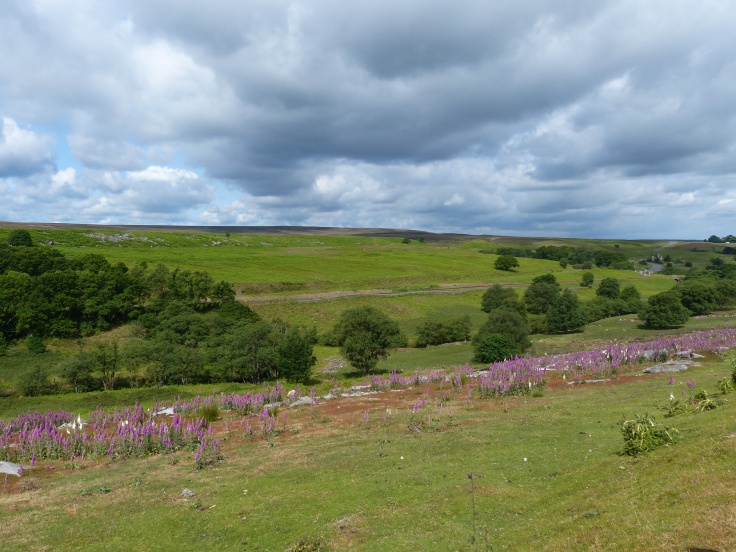 We passed a quite significant landmark, RAF Fylingdales, a ballistic missile early warning defence system. It’s a joint UK and US facility that opened in 1963, although until fairly recently the design was quite different and looked like three huge golf balls sitting on the moor. I don’t think the updated design is quite as striking as the golf balls.

Our destination for a welcome prescription of history and culture was York. We arrived too early to check-in to our guest house, so had time for some roaming around the streets. What a beautiful city this is. We really only had a brief introduction to it, with a couple of hours of roaming, but it’s gorgeous and the history here just oozes from every wall and crevice and flows down every street. We strolled past Yorkminster, which is the largest gothic cathedral in the north of Europe. We’ve seen a few cathedrals in our travels and this was another that was simply stunning. The scaffolding around it unfortunately masked a little of its grandeur, but it was still imposing and quite magnificent.

My favourite place on our brief roam was The Shambles. It’s a street in the middle of York and it dates from the 15th century and consists of narrow cobbled streets and buildings that seem to lean forward. In its early days, it was full of butchers’ shops and the name ‘Shambles’ comes from the Medieval word ‘Shamel’ which was a booth or a bench that butchers would use to display their meats. The butchers have now gone, but a couple of the shops still had the benches underneath their windows that would have been used by the butcher who once owned the shop. I just loved the history and character of the area and the quaint and quirky buildings. 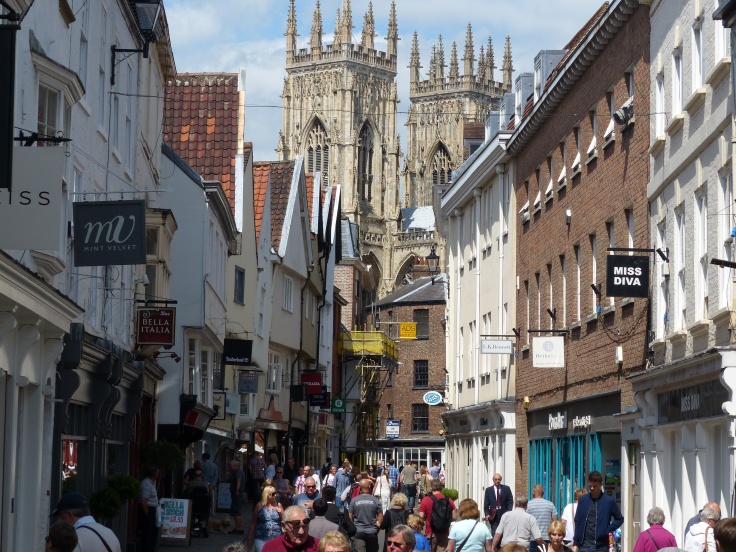 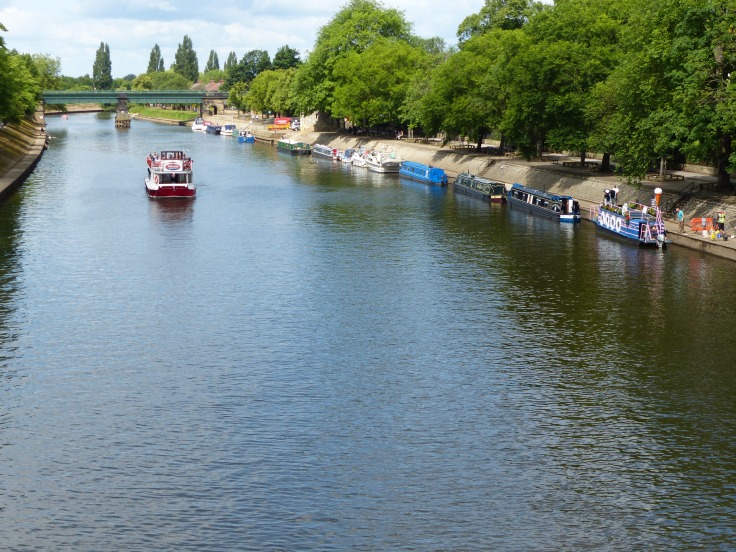 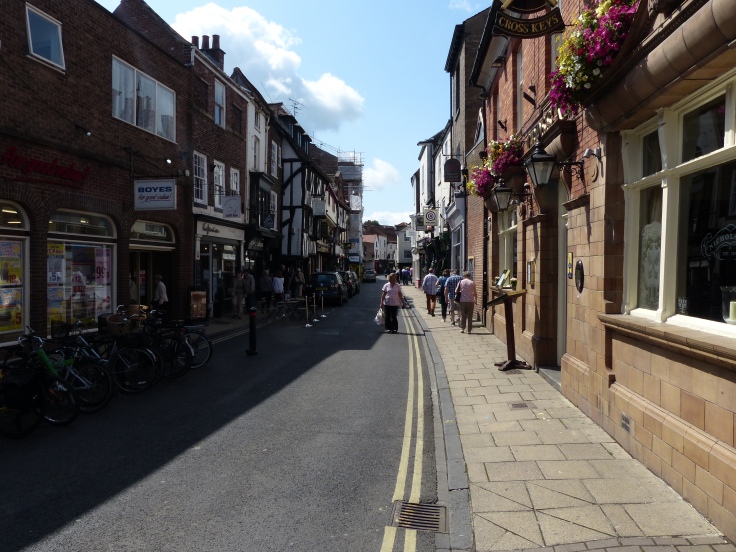 After a pleasant roam, the afternoon was taken up with the necessaries of housekeeping in readiness for our return to pedalling.  It was time to take up position in a local laundrette, get all our washing down and then sort out and pack up our things in the van, so they can be reloaded on the bikes.

What a thoroughly enjoyable introduction to York! Roaming in the sunshine, seeing some beautiful buildings, historic streets and landmarks and getting a feel for the city. Tomorrow I hope to do more while Steve is whizzing his way to Edinburgh to return the van, before catching the train back to York. We decided there was little point in two train fares for me to just tag along, so I’ll wait here in York while Steve has a solo road trip in the morning and then choofs back on the afternoon train. So tomorrow I will roam, explore and look to discover some more gems,  I’ll learn a little more and see what else the grand old city of York has to offer. It will be a day on my feet. Power to the plod!

2 thoughts on “From Heartbeat to History”