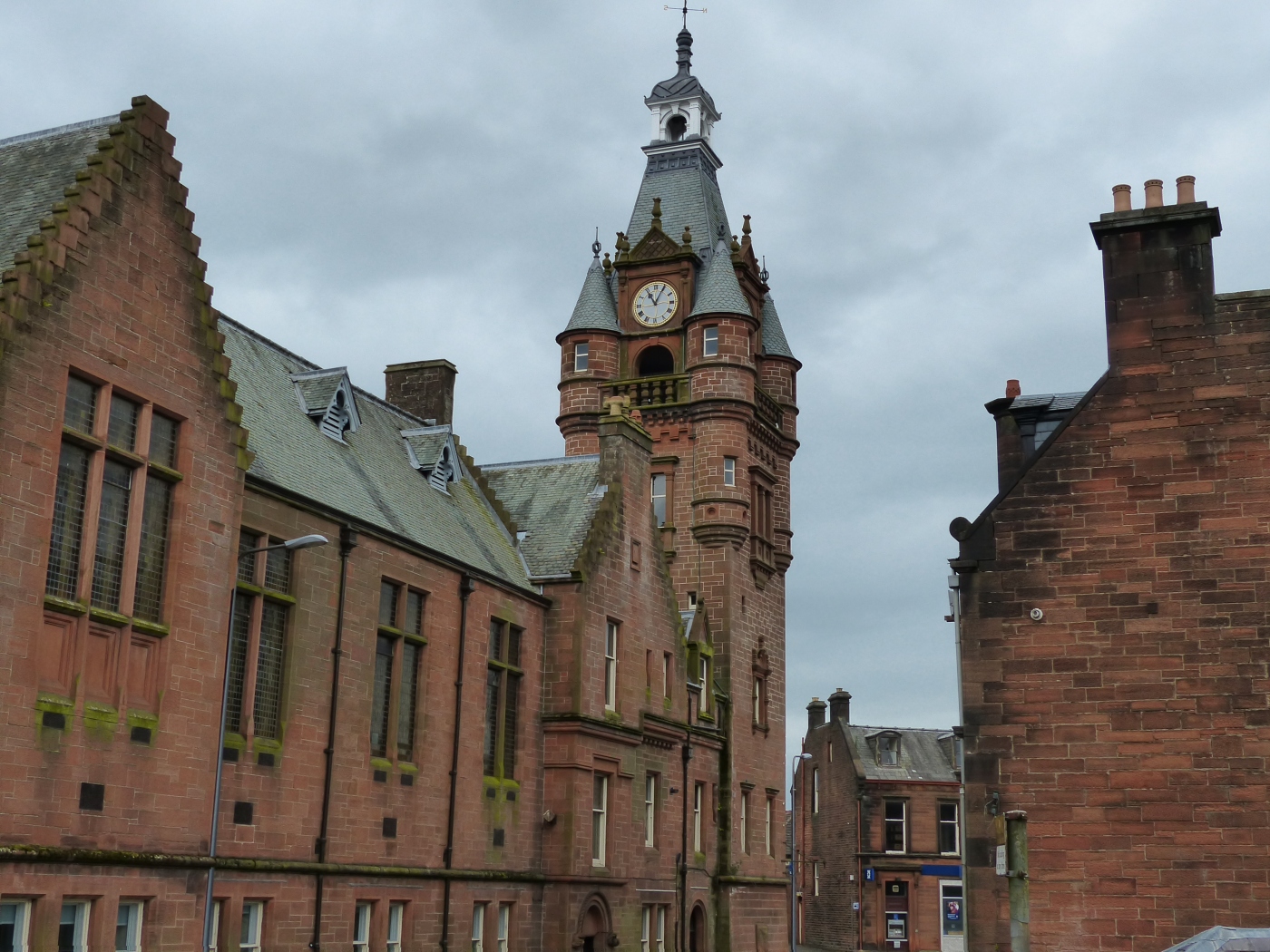 With acknowledgements to Kate Bush for that title, I stole a bit of her lyric!

Time to continue on and take the road south, so we said ta-ta to Glasgow, took to the motorway and set the coordinates accordingly. We had no intention of being slaves to the M7 motorway though and intended to detour into towns and villages along the way.

The first village we wanted to visit along the way was Lockerbie. This small place became known on a global scale, after the crash of Pan Am Flight 103 at Lockerbie on December 21, 1988 after a terrorist bombing on board. We drove into the village and it’s such a small, peaceful little place. Being there, the trauma of the air disaster seemed so much more poignant, I think because the small town was such a sleepy little village, that an event like that just seemed even more horrific and shocking. 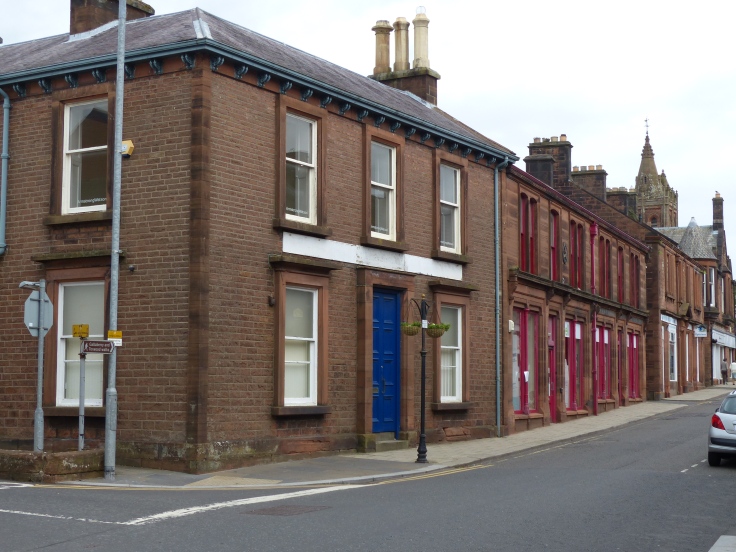 We walked around the town and one of the first things we saw were the sheep in the main street! These statues were just fantastic. There was a row of sheep along the street and a couple on another corner, so Lockerbie is obviously proudly sheep territory. An engraving in the street near the sheep was a quote from a survey from 1832 about the Lockerbie Lamb Fair and it said between 30,000 and 50,000 lambs passed through the fair! I won’t think too hard about what happened to all of those lambs, but that’s a serious number of sheep trotting about the farms and fields of Lockerbie! 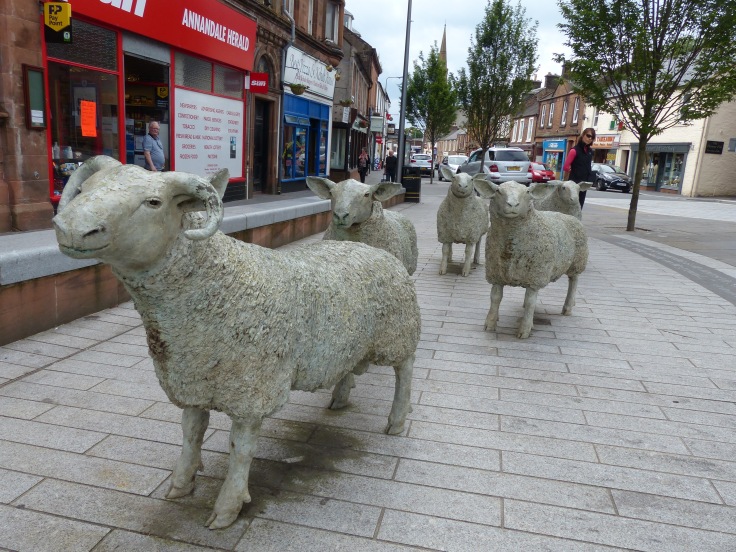 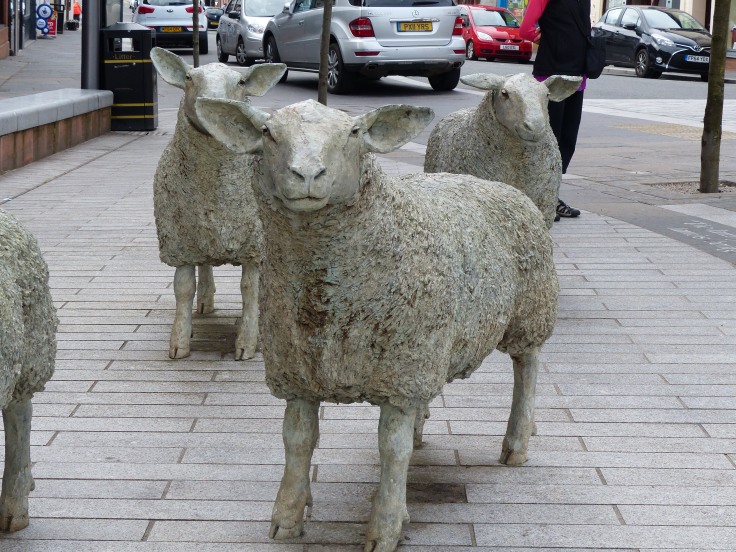 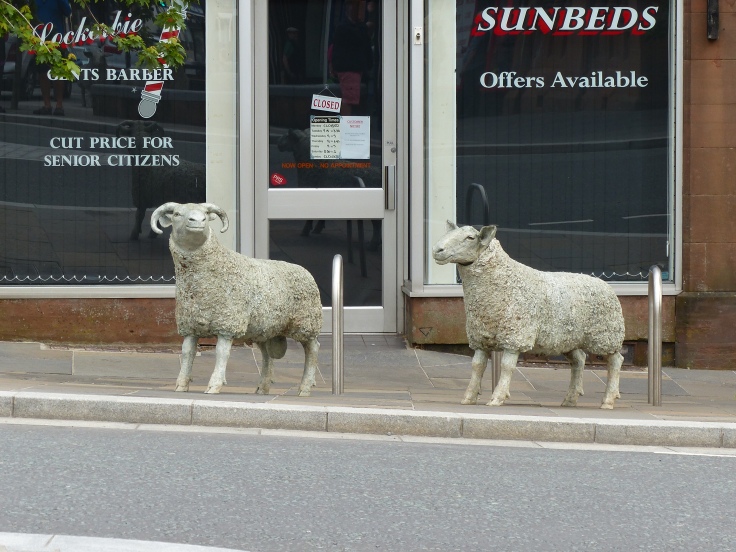 Of course we had to go and see the memorial to the plane crash and the Remembrance Garden that had been created in the town cemetery. We’ve been to quite a few monuments and memorials and cemeteries in our travels, particularly those from the two world wars, which were all very moving places to visit. The Lockerbie Remembrance Garden was an equally moving and emotional place to visit. The garden sits within the cemetery and has a monument listing the names of all those killed in the disaster. There are also plaques, obviously erected by families and loved ones of the victims, with a quote or poem or dedication or description of the person. It was a peaceful place and the simplicity of the memorial made it even more moving, I thought. We walked around the plaques and read the names and, like other memorials, it’s always when several of the same surname are listed, that it’s particularly sad. There were a few names with three or four of the surname listed, so members of the same family died together in the crash. That’s always very hard to see. 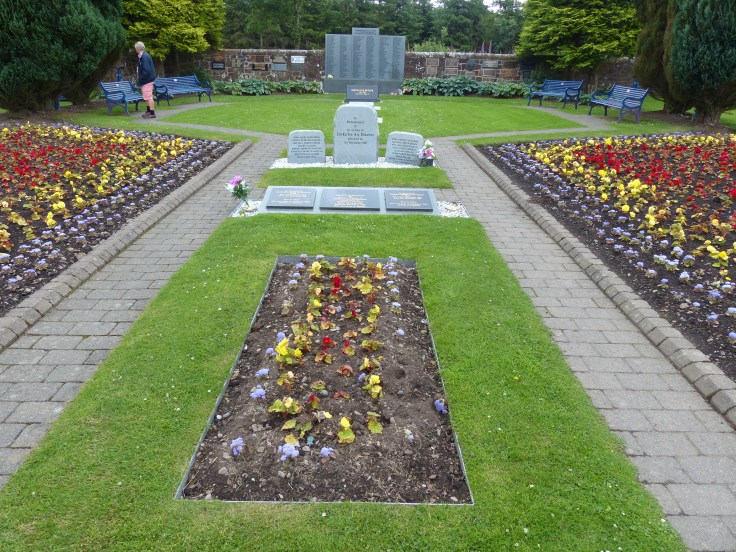 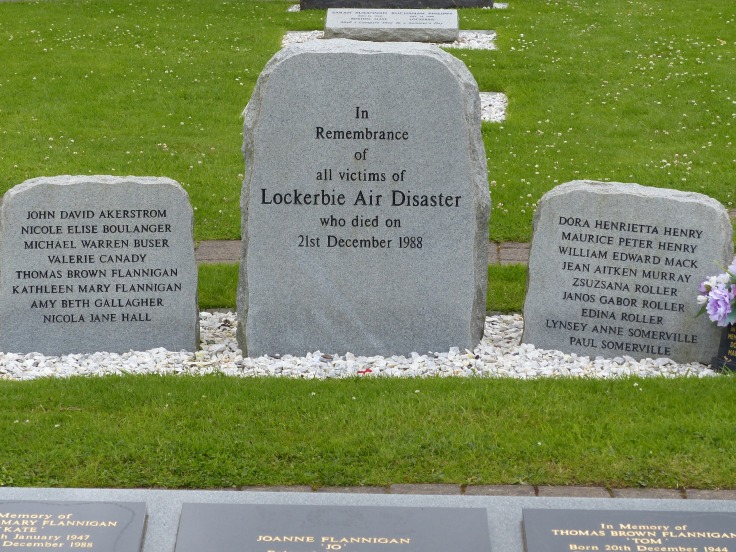 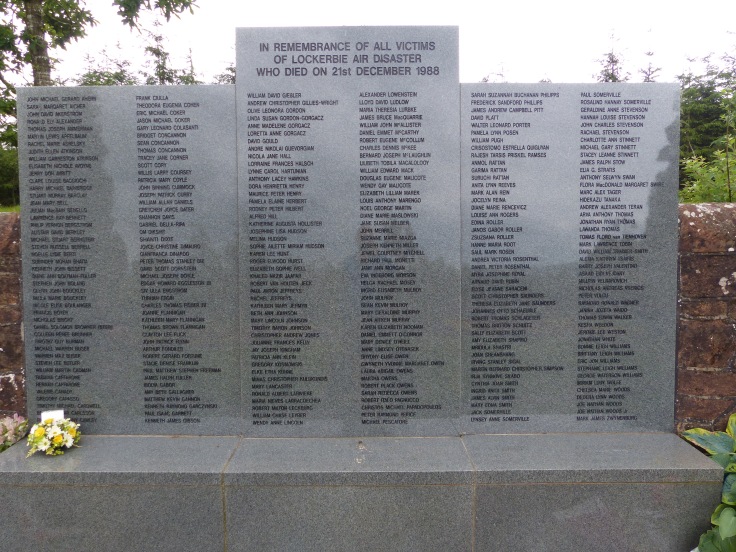 After spending some time at the garden, we walked down to the visitors’ centre that held information about the history of Lockerbie and about the crash, its aftermath and the rebuilding of the town. Eleven people from Lockerbie also died on that day when the plane or parts of the plane fell on streets in the town. We were met at the centre by an absolutely lovely lady, who explained how to view the information and told us about other memorials in the town. A coach of tourists from the U.S. had also arrived and the lady was busily making sure everyone was able to find the toilet and took it upon herself to make sure that the visit to the toilet was a pleasant one! I was on the receiving end of her lavatory hospitality too. As I went to go in, she appeared behind me and began to explain, in the most gorgeous Scots accent, all about the temperamental nature of the toilet!

“I’ll just go and check it dear, b’fore yoo go in. The lairdee b’fore yoo, said she had some trouble with the flush, so I’ll just make shoor it’s all OK.” She then went ahead of me, into the small room and just as the door was closing behind her, while I waited outside, I saw her take a handful of toilet paper and begin wiping the seat, in readiness for my arrival and then reappeared through the door. “It’s fain dear. It’s a loovely little toilet but it does take such a long taim fer the tank t’ fill up, so it may not flush when y’ need it too. It’s joost filling now. You go in though and do yer…do yer…you go on in.” I thanked her and went into the perfectly prepared and “very nice little toilet” and when I emerged it was to hear her talking to two of the American tourists and explaining the unique features of the toilet that needed to be considered prior to use. The looks on the faces of the two people were quite priceless. They looked quite stunned and perplexed and obviously had no idea what this small, grey haired Scottish lady was talking about in her explanations of toilets, filling, flushing and various other lavatory lingo and behaviours. I walked away with a smile on my face. She was utterly delightful. In fact, I’ve often commented to Steve on our various travels over the years, that the volunteers at information and tourist centres are absolute diamonds of people, they always seem to be so friendly and so gracious and go out of their way to be welcoming and helpful and to give everyone a big smile. This little lady was a member of that team. She was wonderful! We continued our visit and reading the information and then took to the road again.

Next stop, a short drive down the motorway, was Gretna Green. Gretna Green is, of course, famous for being the place where people run away to get married. In the 1800’s England had really strict marriage laws that said you had to be twenty-one years old, had to have the permission of your parents and you had to get married in a church. Scotland, on the other hand, had very relaxed marriage laws and all you needed to do was turn up with a couple of witnesses and declare that you were over the age of sixteen and quick as a flash, after a few spoken words from the blacksmith, you’d be married. So all those young romantics in England, who wanted to get married but couldn’t tick all the boxes for the laws at the time, would run away together to the Scottish border, to Gretna, often with an angry father in hot pursuit and get married as swiftly as they could. So that’s Gretna’s main claim to fame! Steve and I decided to leave the remarrying for another day and settled for our traditional Sunday pub lunch instead. Steve tucked into his roast and Yorkshire pudding and I munched into a lentil burger and we left with another pub lunch under our belt (or rather above and behind our belt!).

Off we then went, crossed the river and in doing so, crossed the border. Welcome to England announced the sign and just like that, we were back! We drove on to our destination campsite just outside Carlisle. It’s a lovely, simple little camp and we parked the van and pitched the tent, deciding it was time we slept under nylon again instead of within the metal walls we have been in.

We zipped into Carlisle centre to pick up some supplies before the stores closed and as we went through the checkout and paid, the lady serving us put our £20.00 note through a little machine beside the till. We asked what the machine was for and she said, “We have to check all the twenties to make sure they’re OK. He throws them out if they’re not. It also checks to see if they’re forgeries.” She then rolled her eyes. “The things we have to do! Next they’ll be giving me an iron to make sure there aren’t any wrinkles in them.” Oh, did I laugh, as did she, as she was miming moving an iron back and forth over a £20 note! It’s no wonder the Brits make such good TV and movie comedies, because from the people we’ve met and the signs we’ve seen in various towns and villages, clearly a quick wit and sense of humour is simply in their DNA!

When we returned from shopping, we had a cuppa and then, something quite strange and amazing happened, because why would this happen?…Shortly after we arrived and had a cuppa …it rained! Who’d have guessed! So once again, the sky has turned a shade of grey, the clouds have dropped their bundle and even though we are still going to spend the night in the tent, it will probably be a soggy night…again! Come on now weather…change the record! This is getting a bit too monotonous!

2 thoughts on “Oh England, My Lionheart…We’re Back!”