We had a roaming day today, despite some less than pleasant weather. We started with a leisurely breakfast while the rain came down and the wind blew and I successfully dodged the horrible hash browns and just had some good ol’ baked beans on toast, while Steve continued to enjoy the full English. We decided to make the most of the rain and head to the laundrette early, so we could get some washing done and stay out of the rain, since it was supposed to clear a little later and then we could begin our roaming in earnest. When we arrived at the laundrette, the owner was there and saw us looking at the machines and straight away he said, “If you need any help or have any questions, I’m the owner, so just ask. I’m about to leave but is there anything you need?” We said we were OK, but he started to show us the machines and give us instructions on their use and he was so nice. He obviously picked our accent because he said, “Have you just come from the other side of the world just to visit my laundrette?”

He laughed and checked again if we needed anything, then said he’d leave us to it. What a super nice man! While we waited for the washing to do its thing, we popped around the corner for a cuppa and I got have a mug of tea in a blue and white striped mug, another English thing I had to do. It wasn’t quite the big chunky “caff” style blue and white mug of stewed tea I was looking for, but I can’t have everything! It was a very nice little cafe and a very nice cup of tea nevertheless and we had a peaceful spot of elevenses while the washing sloshed around the corner.

When we’d finished our housekeeping, we set off into the rain and wind to roam around Bath. What an absolutely beautiful city! I just love it! It has gorgeous buildings, lovely flagstone pavements, little alleyways and lanes and such a rich history. It’s just a wonderful place. We decided to do a walking tour, which are offered free by the city. I thought it was interesting that they were absolutely, 100%, fair dinkum free! We did a free walking tour in Paris, but we were told from the start by our guide, that a contribution was welcome and left us in no doubt that it was somewhat expected, when she said the usual tip was about 10 Euro per person. Yes, you could technically just leave at the end without paying, but it wasn’t really set up for that to happen! So our “free” walking tour still cost us 20.00. The one here in Bath though, said on the sign and we were told again by our guide, that tips would not be accepted and she wasn’t allowed to take any money. So it was a genuine freebie! It was a terrific tour and a nice two hour walk with Judith, our guide. We walked around the lower city and then up the hill to the Royal Crescent and the Circus, with their beautiful architecture and the weather did improve, which was really welcome!

Here are some of the interesting little facts and stories she told us:

We happily roamed with our little group, hearing these stories and seeing the sites of Bath and marvelling at the beautiful city. 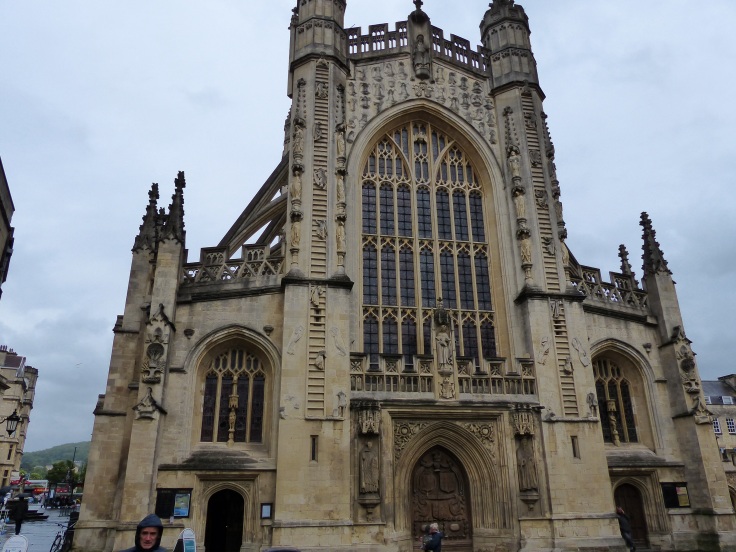 After the tour we went to the Roman Baths, which are like a museum, with the remains of the original baths still there. The first thing we noticed was having to go down from street level to get to the baths, again because the original Roman city is buried so far below the current one. We saw the grand pool, where people would swim and splash around, like we would use a public pool today. There were also the various pools where people would just sit and use them therapeutically. It was fascinating to see something that old and to see examples of that amazing Roman engineering. The front of the baths was also originally a temple, where people would worship and sacrifices were made and parts of the original temple facade were still there too.

The other thing we discovered about Bath is there are a lot of Australians here! We’ve heard Australian accents all over the place! Oh, and later when we went grocery shopping at Marks and Spencer, we saw Tasmanian wine on the shelf too! 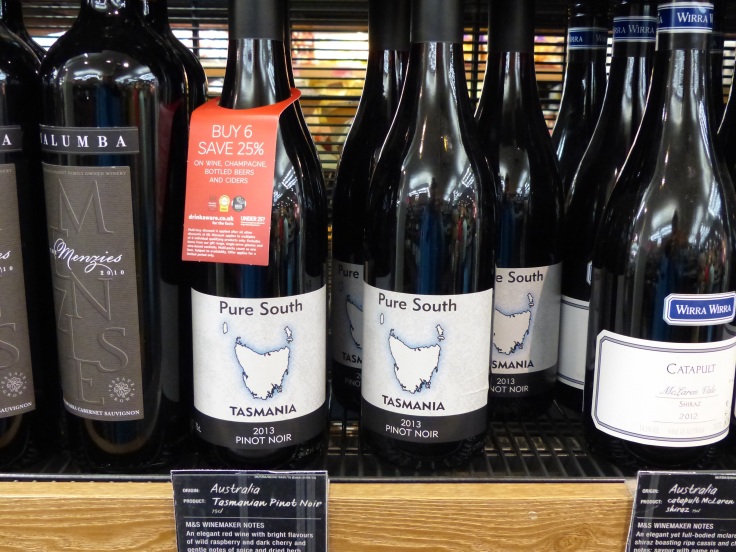 We had a great day. I love Bath! It was wonderful to walk around the city and just take in the beautiful architecture and the historic surroundings. I could spend quite a lot more time here if I was able. We’ll be moving on though and tomorrow the weather is supposed to be fine!! If that’s the case we’ll make the most of it and start pedalling, but we have discovered the weather is a bit of a trickster so who knows what it will actually be like! We are also supposed to have a canal path to follow, which will be lovely, so I hope all of that happens, because a nice fine day along the canal will be delightful! So we shall pedal on, taking in more of the sights and experiences of these wonderful places we have been lucky enough to visit or pass through so far. We’re not just touring, we’re experiencing! We are seeing and hearing and feeling and just absorbing the character and atmosphere and personalities of towns and villages and connecting with places and the people. It’s so excellent! It’s just brill!