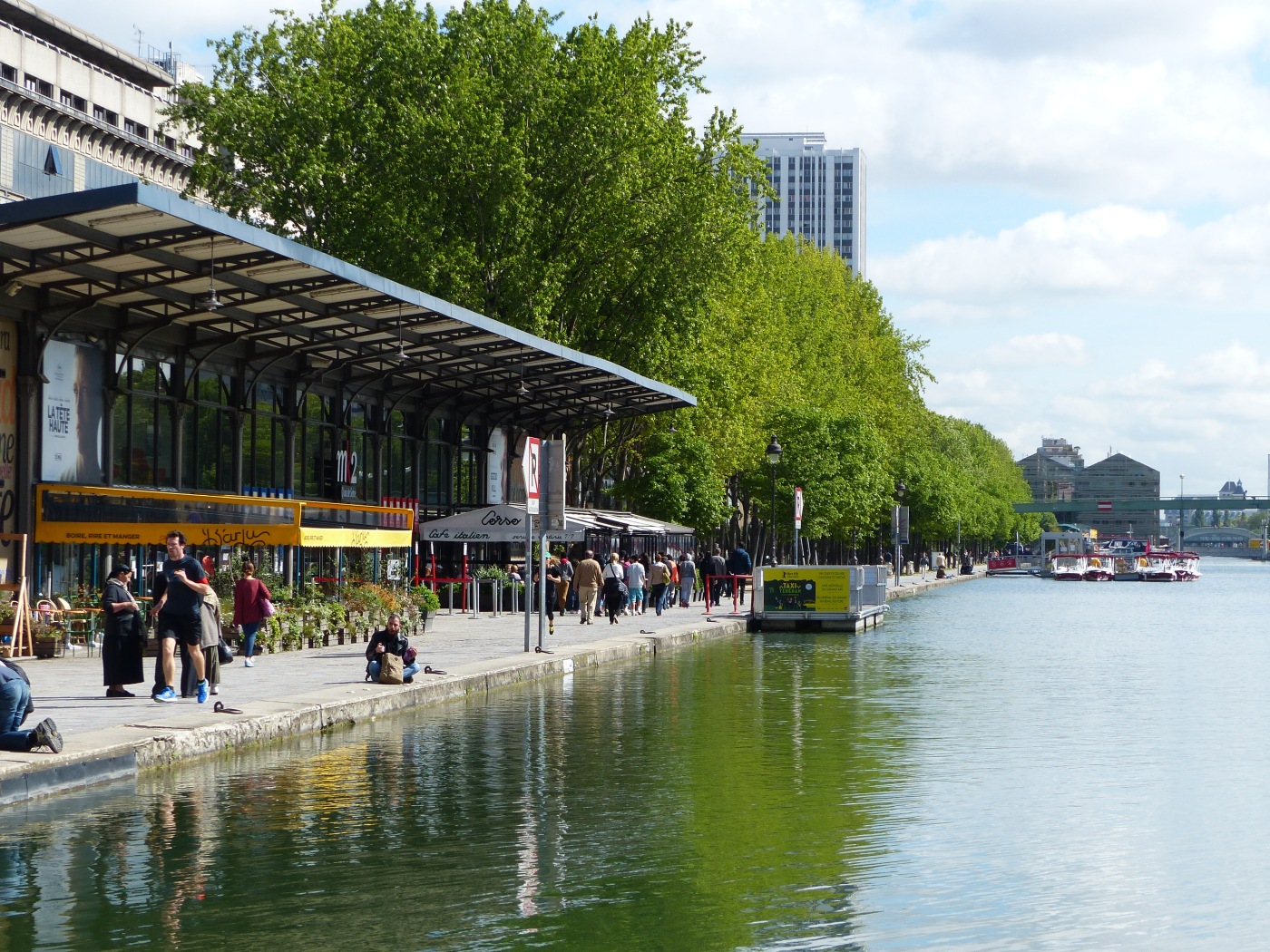 This morning, for the first time since…well…since I can’t remember when, we actually set off in warmth and sunshine. The weather was nice, but the roads were less nice. Very, very busy, lots of roundabouts and traffic lights, that as we know, I do not enjoy navigating. We had a few short routes through some back suburban streets that were nicer, but most of the 38km ride was busy, noisy and we were in the thick of traffic. The doozy of the traffic experience was this…y’know those roundabouts I’ve mentioned…the four lane ones with traffic going in all directions every which way? Well, we had one of those, except this time we were on a bike. We had to merge across four lanes from the outside of the roundabout to the inside, to get to the road we needed and if that wasn’t enough…we were riding on cobblestones! So there I was, riding one handed, signalling with the other, while trying to merge across four lanes of traffic, while bumping on cobbles! How’s that for a wobble and swerve inducing environment! Thankfully I managed to do it in a fairly sturdy fashion and we had a nice truck driver who slowed down to let us get across, but it was hairy! I’d like to say it was an exciting rush, but nope, it was just hair raising!

We stopped along the way for Steve to pick up some pastries and for me to call into the post office to send a card home. Well..that was an experience! It was busy with lines of people and one counter and one person serving. I had my envelope all addressed and ready to go, so I did what I did the last time I used the post office to send something home and stood in line to go to the counter. When I finally reached the counter, I handed over my envelope and the girl serving spoke to me and gestured as if to say I needed a stamp. I got what she meant, but I didn’t understand, because I thought that’s what I was there for, at the counter, to get a stamp. She didn’t speak English and I was having a hard time picking up any French word or phrase I understood. She pulled out a sheet of blank stamps (like stickers) and gestured that one of those needed to be on the envelope. Again, I realised this, but didn’t know what I was supposed to do if she wasn’t going to give me one. Eventually, bless her cotton socks, she came out from behind the counter, gestured for me to follow her and took me down to the back of the post-office where there was a machine, like a bank ATM. Clearly, buying stamps is a self-service activity! The instructions on the touchpad for the machine were all in French and she just took my envelope, looked at it, said to me, “Australie?” to which I said, “Oui,” because that was indeed the intended destination for this troublesome envelope. She tapped away at all the various touch screens, I handed over my coins, she fed them into the machine and out popped my printed sticker, that was to be my stamp. She even stuck it on for me, then handed the envelope back to me, for me to go back outside and pop it in the postbox to find its way to Australia! Phew! What a workout! She was very nice and very patient, while all the time I was mostly just plain confused! Another lovely helpful French person!

We were riding through the outskirts of Paris and stopped by the river for elevenses in the 19th Arrondissement. There were lots of runners around, which was great to see.

When we set off, we had bike lanes most of the rest of the way, not a bike path, but a bike lane beside the traffic, which at least got us out of the thick of most of it, except when we kept coming across trucks that had decided to park in the bike lane so we had to swerve around them and back into the traffic to stop ourselves becoming a new 3D bumper sticker squished on the back-end of a truck! 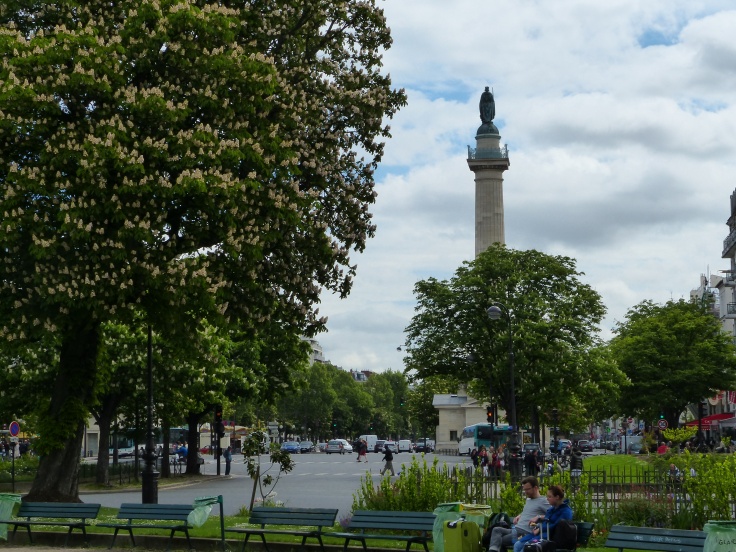 We found our campsite, which despite the good reviews we had read is, we have unanimously agreed, the worst we have stayed in so far. We have pitched the tent, but the spot we were given is on a bank, right up against the bus car park and the bathrooms are yucky. So on our campsite rating scale, this one is a very wobbly 1/5 or a very faded one star. We pitched the tent though, went for a ride to get supplies and as we were leaving the supermarket, once again, no great surprise here, what did it do?? Drum roll please…it rained! So we rode back in the rain and now we are sitting in the tent with the pouring rain pelting down. At least it’s not cold, it’s just a bit wet! Well, very wet actually! That’s OK though, so far we are staying dry (well, dry-ish!). The rain is supposed to keep up all night apparently and apart from one day, it is in fact supposed to rain all week!

We’re in and around Paris for the rest of this week and we’ll be sightseeing, albeit soggily. So we will have to come up with a new name for the city or a new tourism slogan…

We’ve just moved. We looked at the weather forecast again and it said “orange alert for severe thunderstorms tonight likely to cause widespread damage”, so while we can put up with some rain and wet we didn’t know if the little tent could put up with a raging storm with the tent pegs sitting in soft ground, so we’ve done a swift pack-up and moved to a cabin. The weather is definitely giving me cabin fever! I’m a bit over these four walls we keep finding ourselves in!

This blog may not be daily for a while. I’ve just discovered the wifi here is very, very slow and the daily blog is becoming quite difficult with the wifi problems we’ve had and with slow wifi like this, it usually means, as it has in the past, midnight posting while waiting for things to load and publish and trying to get the blog done in the wee hours of the morning. So…if there happens to be the odd gap and day missing here and there, forgive the tired typer and weary wifi wrangler, as hard as I try, sometimes it’s just a bit too hard!